Good morning! I hope you and your family had a great Easter. It’s Monday, April 2, and this is your Daily News.

President Trump is delivering a sharp message on a potential DACA deal to protect so-called ‘dreamers’: No more.

On Sunday, the president tweeted about it and then told reporters gathered on the lawn of his Palm Beach church…

Back up… what’s DACA?

3. Trump tired of being handled.

“The president is in an action mood and doesn’t want to slow-roll things, from trade to the border to staffing changes,” White House press secretary Sarah Huckabee Sanders said. “He wants to make things that he’s been discussing for a while happen. He’s tired of the wait game.”

AL.COM – Alabama among 9 states affected by recall of 7,000 pounds of beef.

AL.COM – Sen. Jones: EPA director Pruitt ‘may be on his way out’.

CULLMAN TIMES – 50 years later: A look back at 1968, a time filled with turmoil, devastating headlines and some advances.

WASHINGTON POST – Trade war escalates as China says it will impose tariffs on 128 U.S. exports, including pork and fruit. 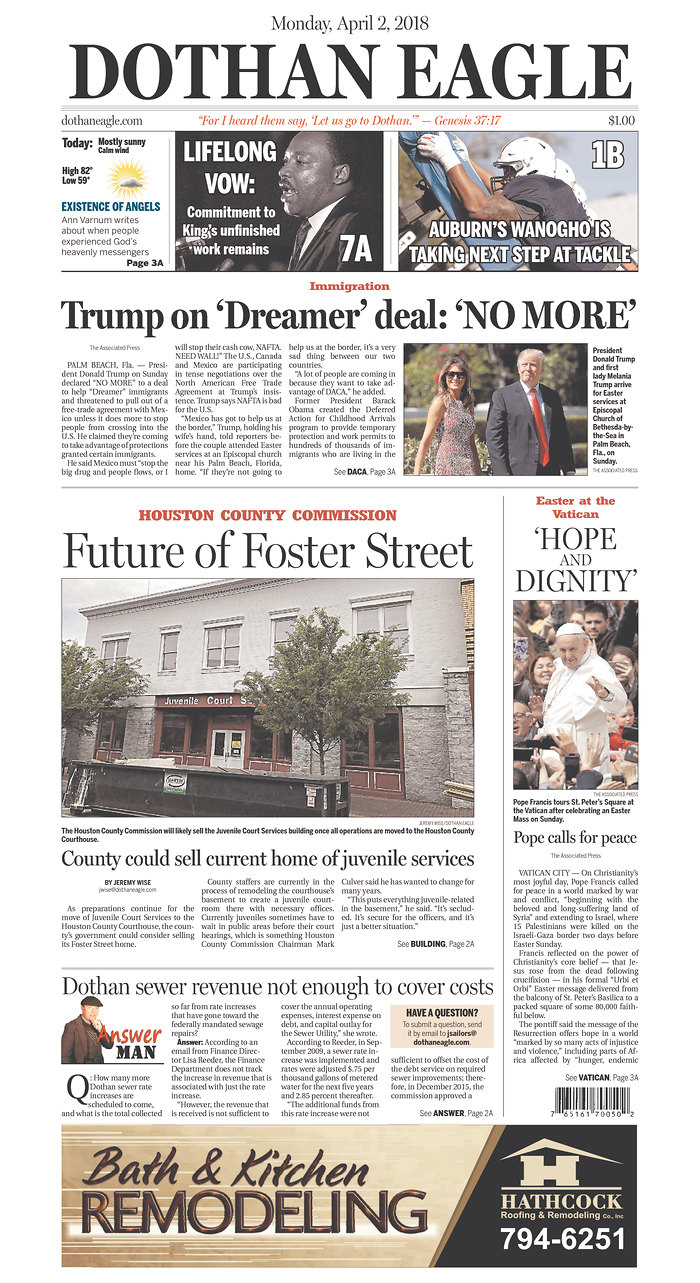 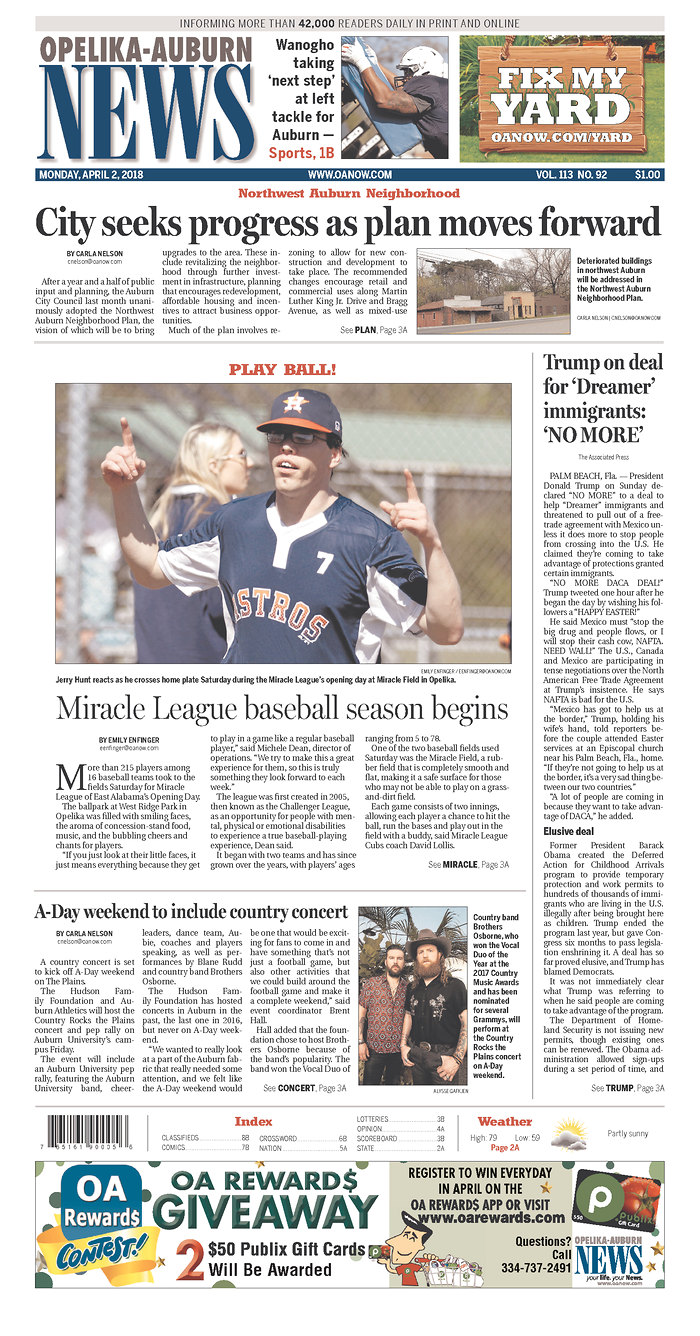