Good morning! LOTS of news today. Strap in for your Daily News on this Thursday, April 12.

House Speaker Paul Ryan announced he will not seek reelection, retiring after more than 20 years in Congress.

This is very big news with far-reaching consequences. I have three main takeaways…

I might write about this more over the weekend. Anyway, here are some good reads in case you want to go deeper…

Why is it happening

ALABAMA DAILY NEWS: What a mess: Layoffs, outsourcing next for Montgomery schools.

MONTGOMERY ADVERTISER – At relaunch, Kress won’t shy away from history.

AL.COM – Columnist Kyle Whitmire:  How to fix the internet, kill fake news and save democracy with one line of code.

WASHINGTON POST – Paul Ryan’s GOP swept away by a Trumpian revolution he could neither contain nor control. 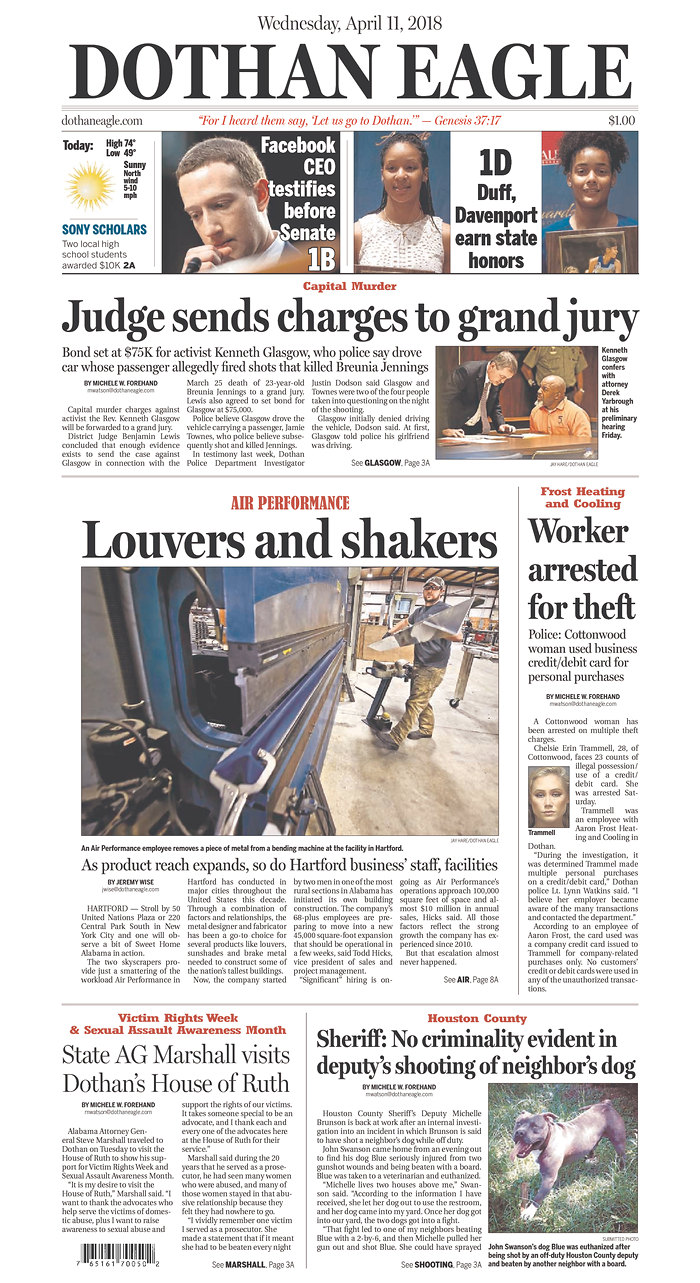 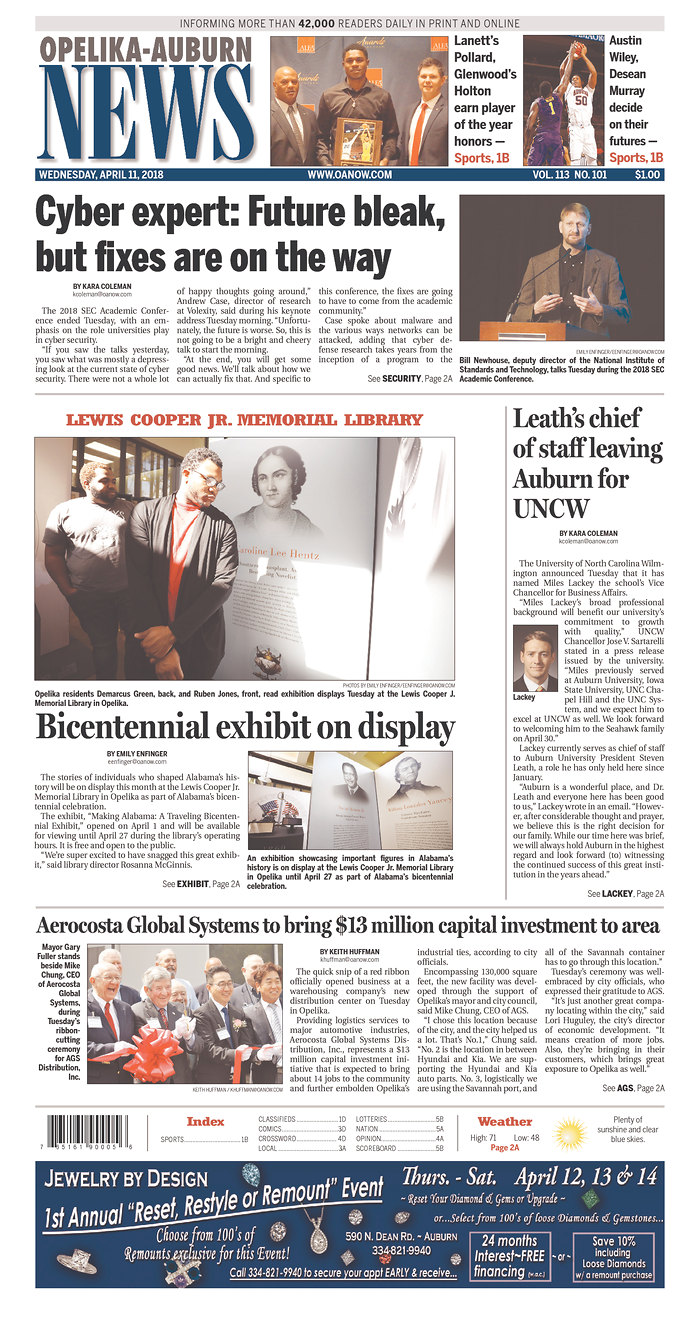 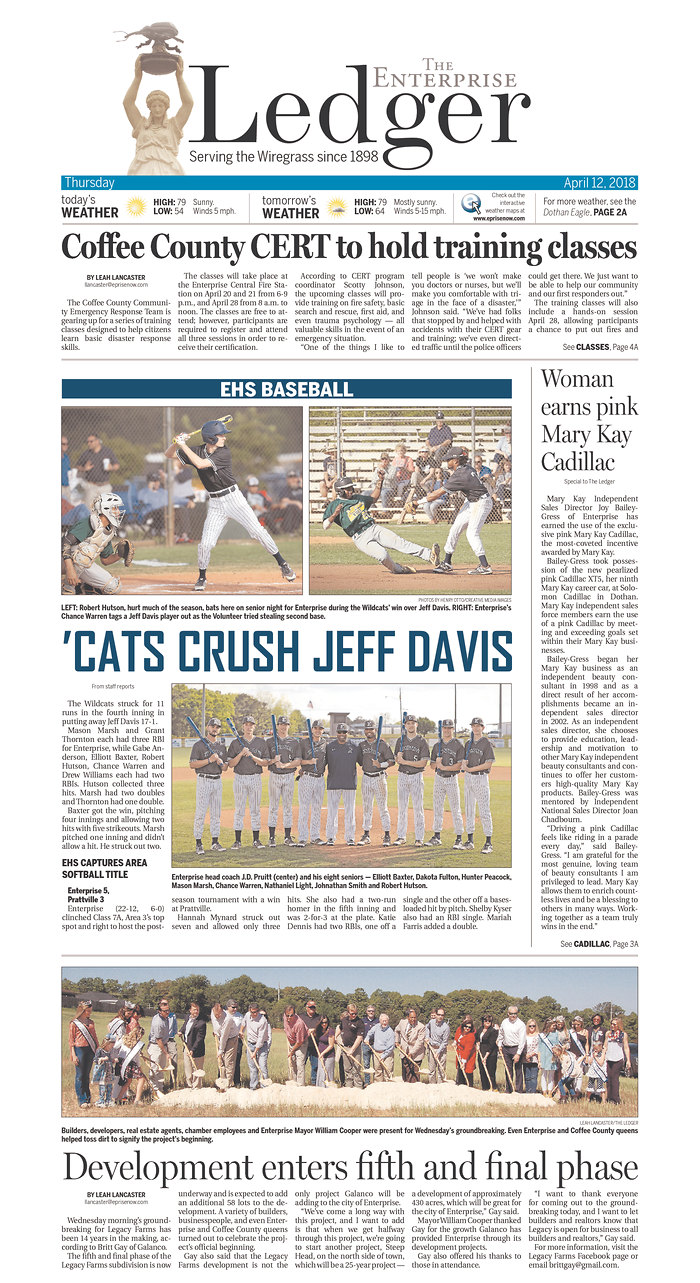 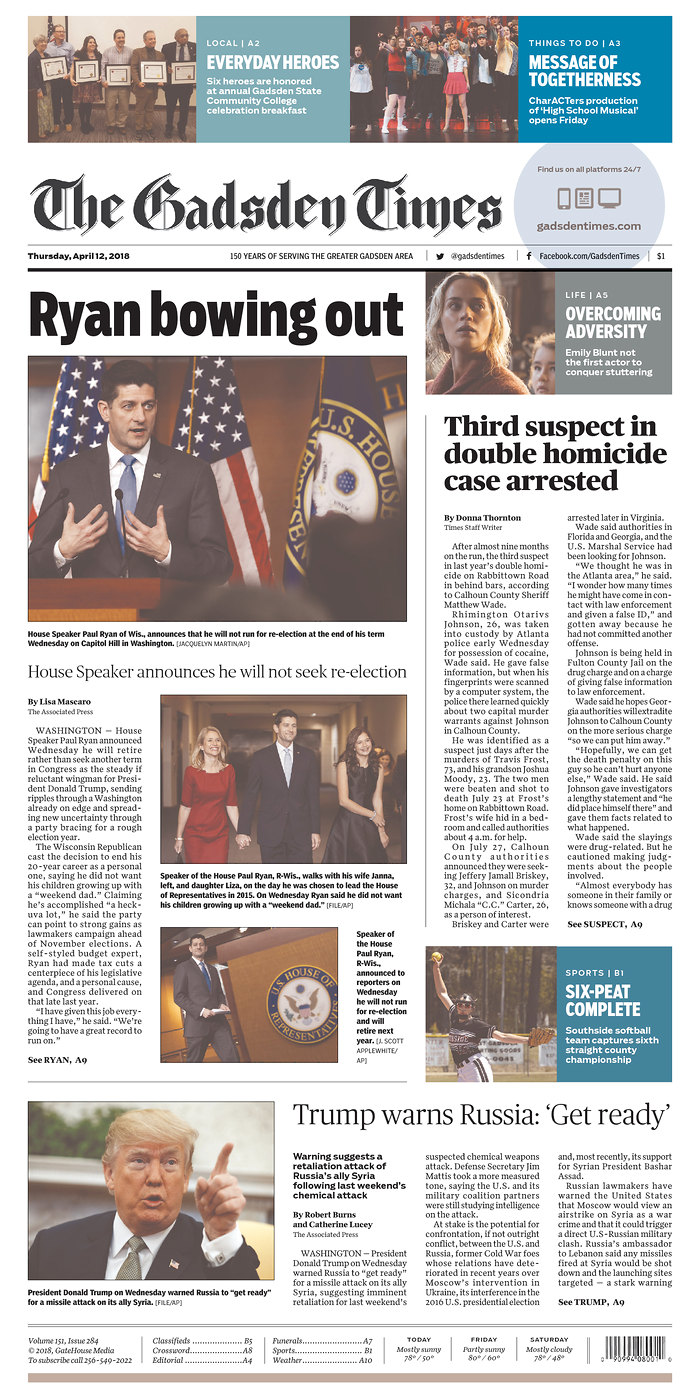