Good morning and good luck to you on this Friday the 13th! Spooky.  Education first, then politics in your Daily News.

1. Who wants to be the next state superintendent?

2. LEAD Academy has a campus. 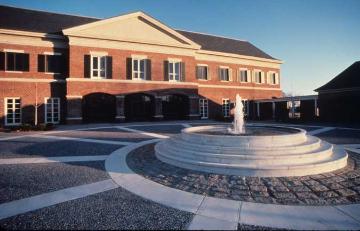 ALABAMA DAILY NEWS: Who will be the next state superintendent?

DOTHAN EAGLE – Farley Nuclear gets high marks for safety in 2017.

AL.COM – Republican, Democrat candidates for governor mix it up – gently.

AL.COM – Columnist John Archibald:  Gov. Ivey will pitch a ball, but not her qualifications.

AL.COM – Alabama school board to pick next superintendent from list of 7.

AL.COM – What does having Richard Shelby as Senate Appropriations chairman mean for Alabama?

ALABAMA POLITICAL REPORTER – Poll: One-third of adults in Alabama would vote for a Democrat in 2018 midterms.

ALABAMA POLITICAL REPORTER – Columnist Josh Moon:  Why is the state takeover of Montgomery’s schools so shady?

ANNISTON STAR – A different speaker of the U.S. House.

WASHINGTON POST – Trump’s allies worry that federal investigators may have seized recordings made by his attorney.

NEW YORK TIMES – Why America’s Black Mothers and Babies Are in a Life-or-Death Crisis. 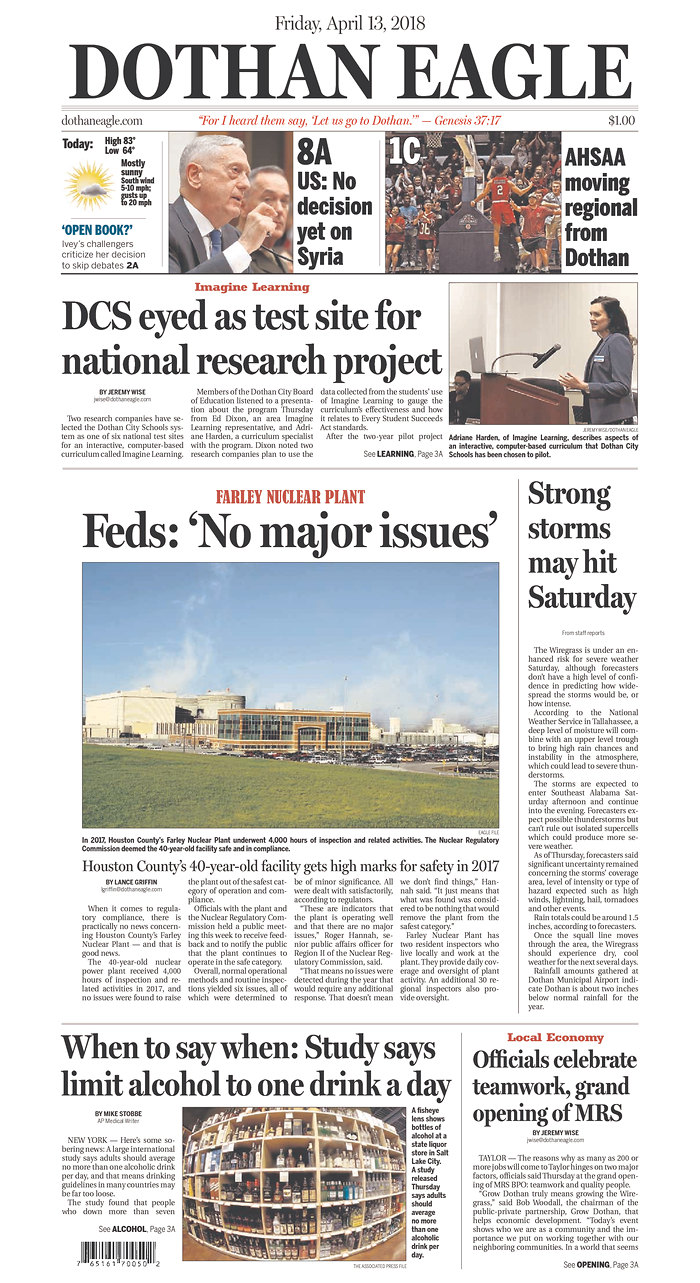 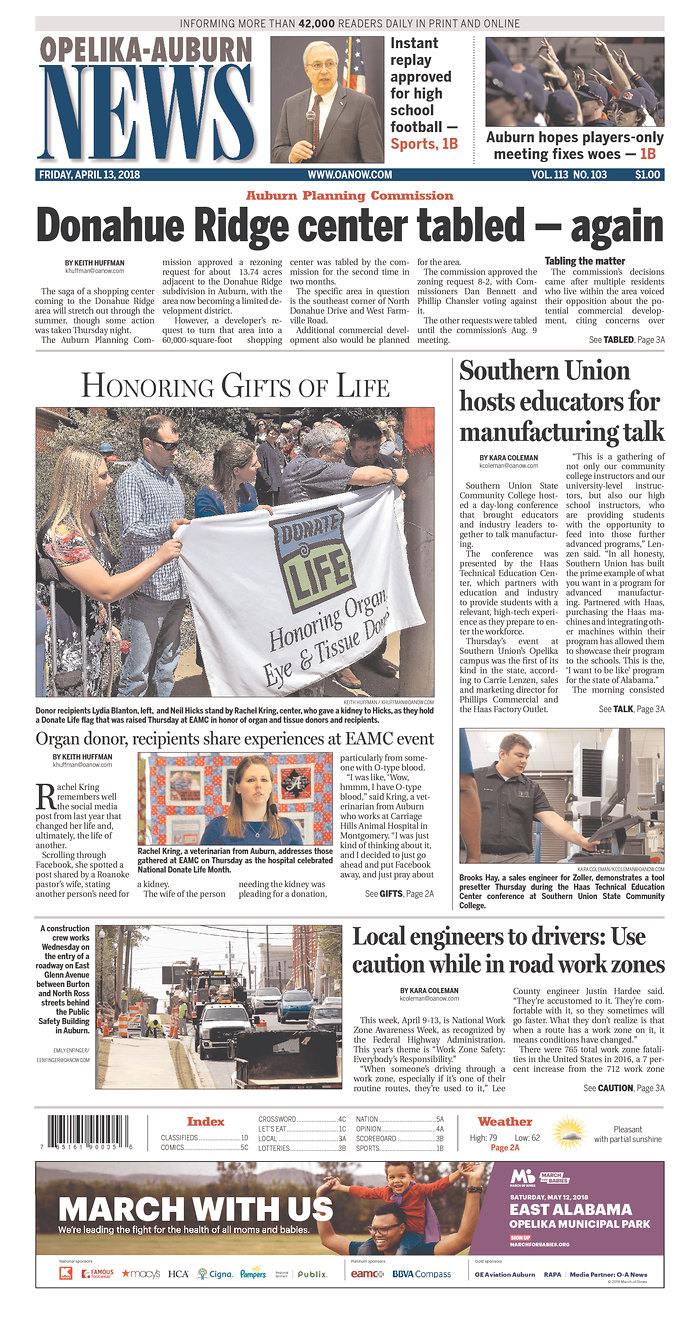 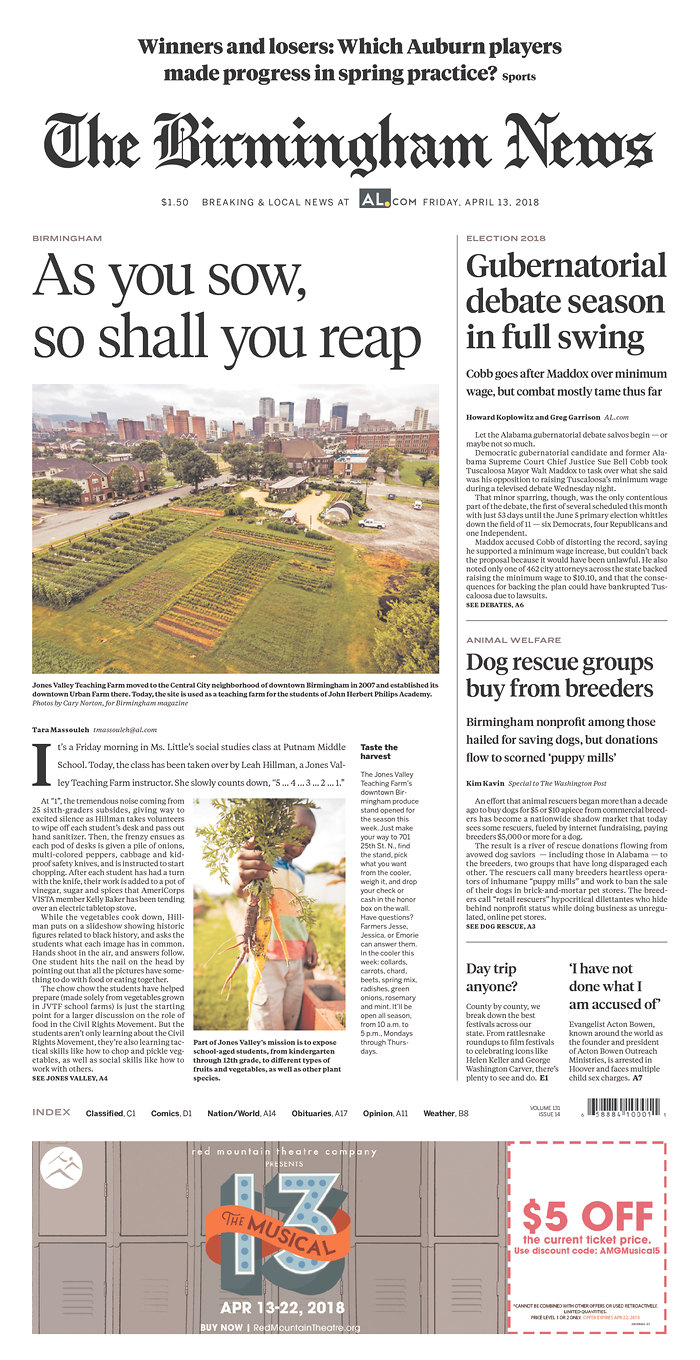 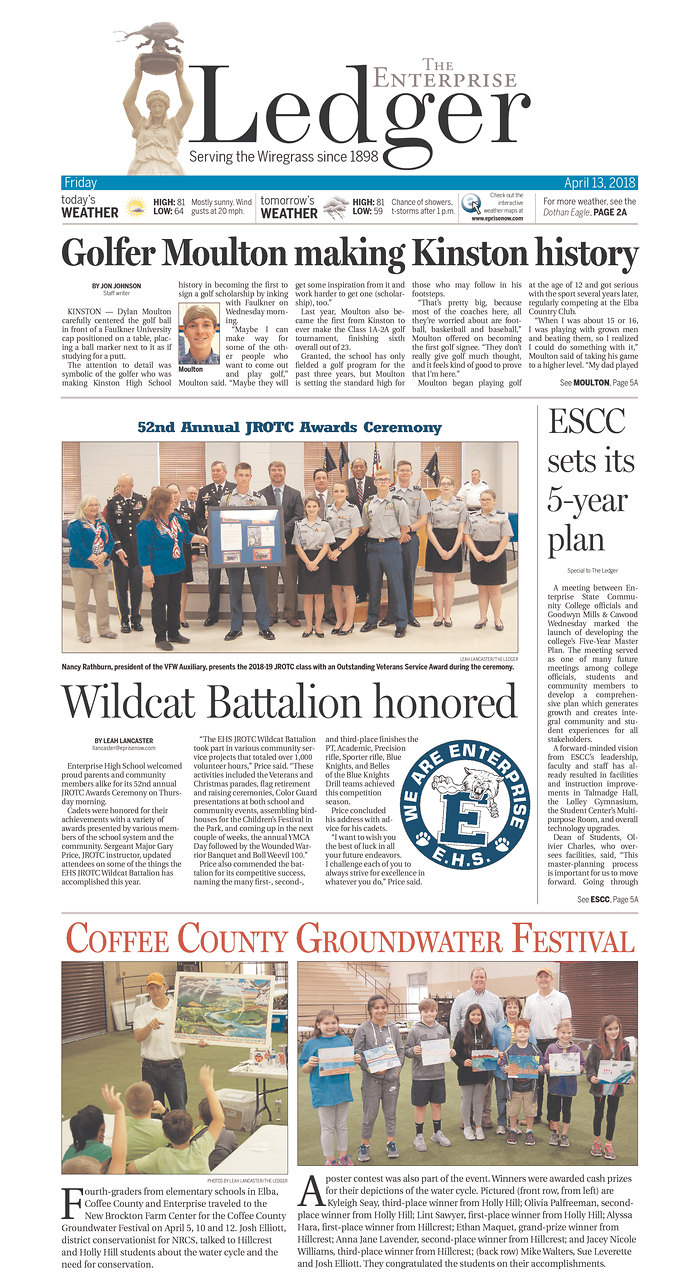 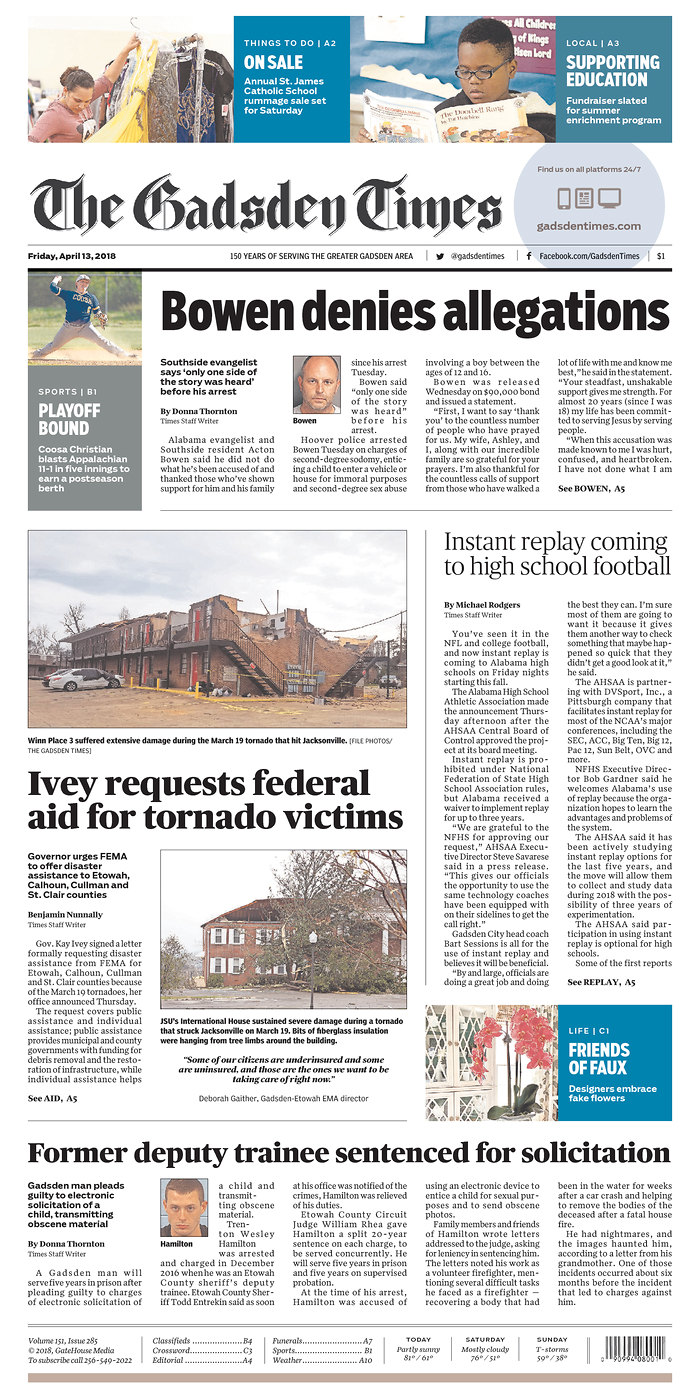 Previous PostWho will be the next state superintendent?Next PostTrump pardons Scooter Libby, says he was ‘treated unfairly’