Good morning! Ace Atkins and Anthony Ray Hinton are featured at the Alabama Book Festival if you’re looking for something fun to do this weekend. Here’s your Daily News for Friday, April 20.

Comey soaks in the limelight

The State School Board will interview the four finalists for State Superintendent today and probably vote to hire one.

All bets are on Jefferson County Superintendent Craig Pouncey getting the job, maybe even on the first vote.

Hoover Superintendent Kathy Murphy is said to have an outside chance. It would probably take something going really well for her and really badly for Pouncey in the interviews.

As I’ve mentioned, there are a few storylines to watch: 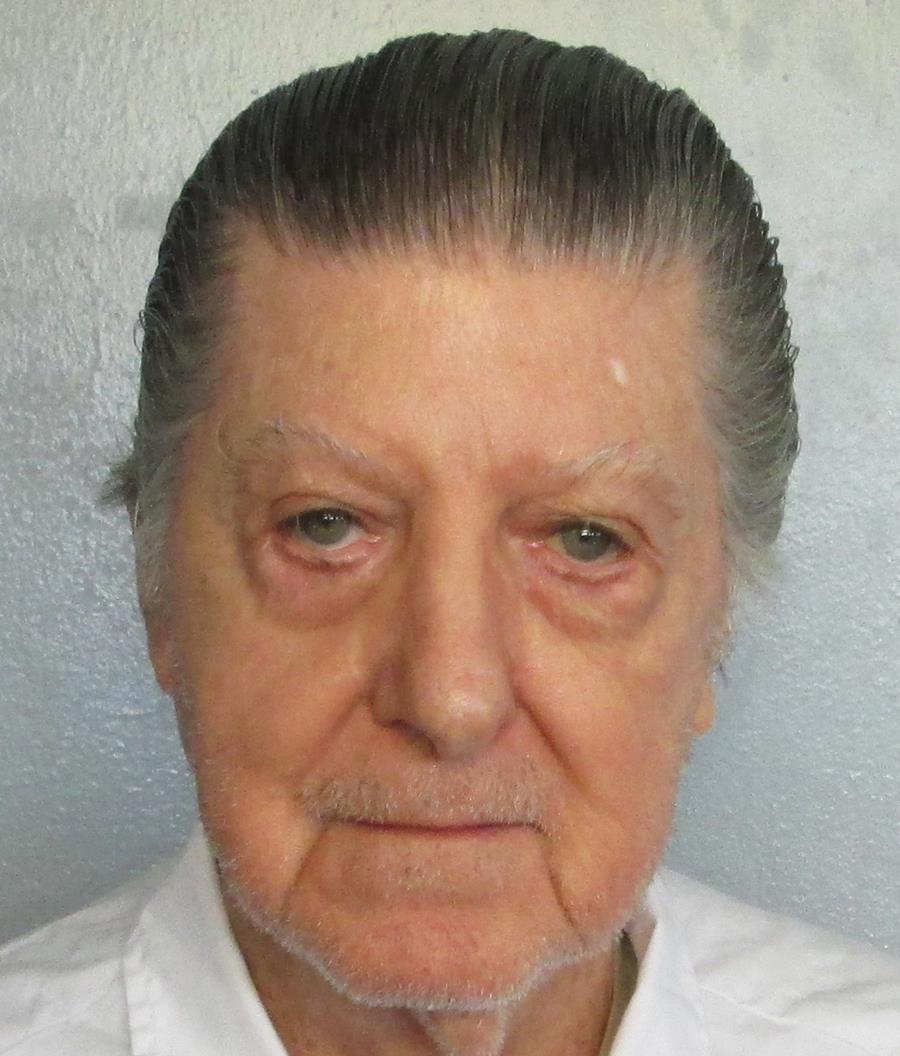 “I approach every execution by giving the condemned, and the issues raised by the underlying case, the careful consideration both deserve… The crimes committed by Mr. Moody were intentional, well-planned and aimed at inflicting the most possible harm. A jury found him guilty beyond a reasonable doubt and his conviction has been upheld at every level of the judicial system. After considering the facts of his horrendous and intentional crime, I have allowed Mr. Moody’s sentence to be carried out in accordance with the laws of this state and in the interest of ensuring justice for the victim and his family.” 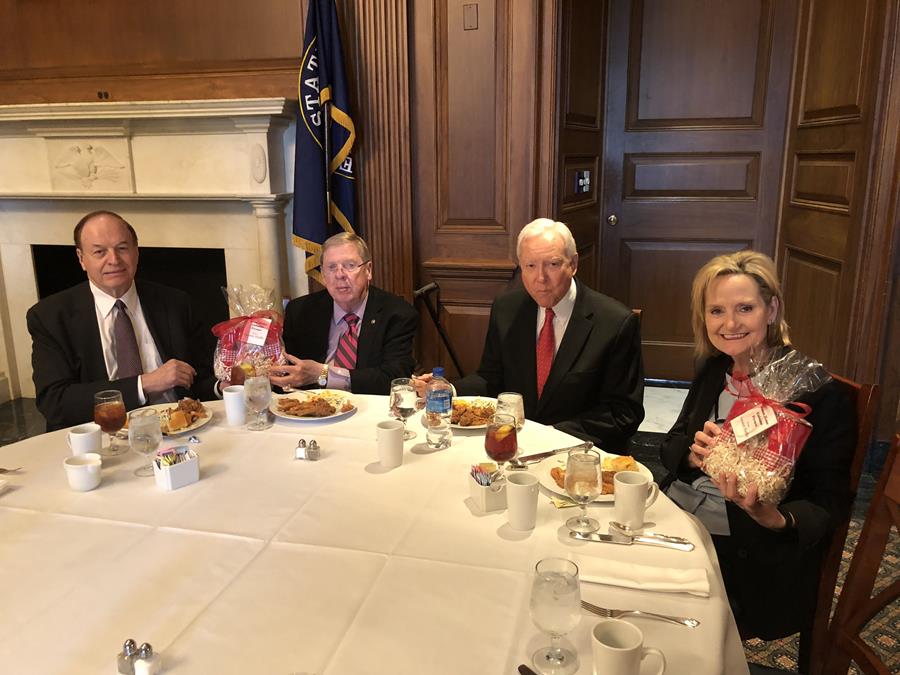 “The Thursday lunch in the Republican Senate Caucus is traditionally hosted by a different member every Thursday that the Senate is in session. Being the host, I presided over the lunch and called on each of my colleagues for comments or discussion. As always, it was good to spend time with my fellow Senators, speaking about issues of importance over an Alabama meal.”

MONTGOMERY ADVERTISER – EJI’s lynching memorial: If not in Montgomery, then where?

AL.COM – Columnist Kyle Whitmire:  Look out, Roy Moore is behind you.

AL.COM – How much Alabama legislators are paid and how that compares to other states.

DECATUR DAILY – State will have to pay more for prison employees in future.

ANNISTON STAR – ‘Rolling the dice’ with the IRS.

WASHINGTON POST – Abortion battles are heating up ahead of November midterms.

NEW YORK TIMES – In a Trade War, China Might Boycott U.S. Goods. That Could Backfire. 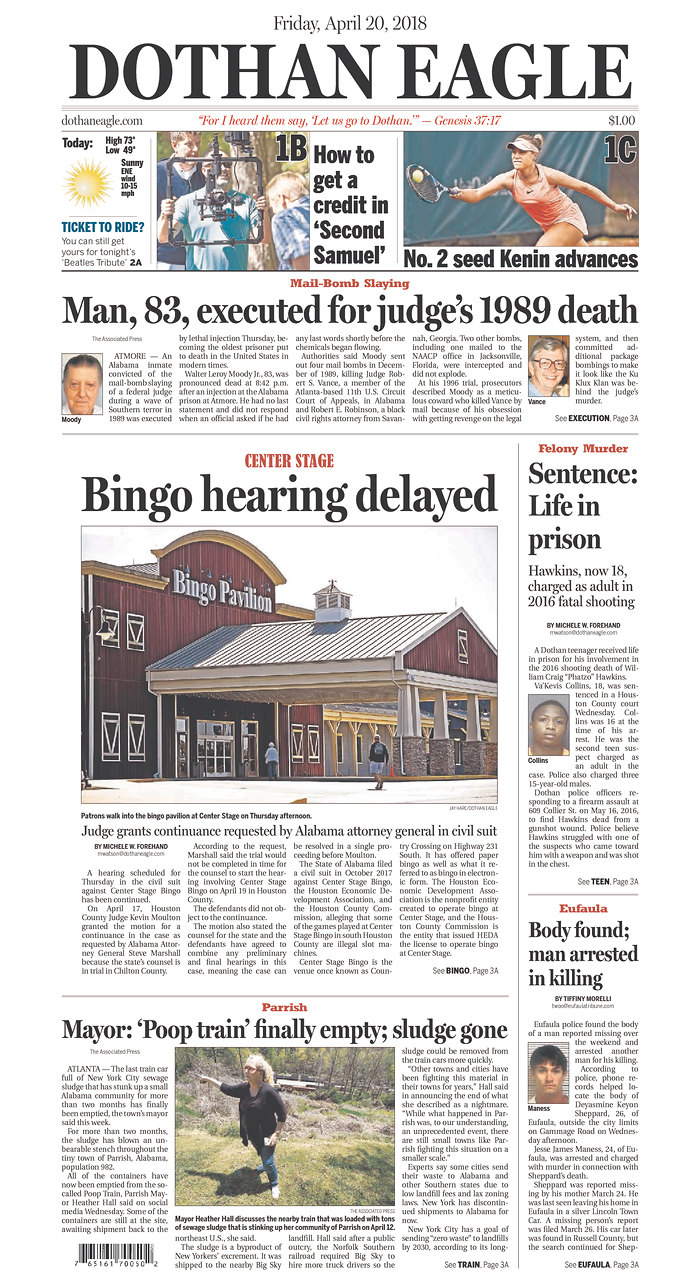 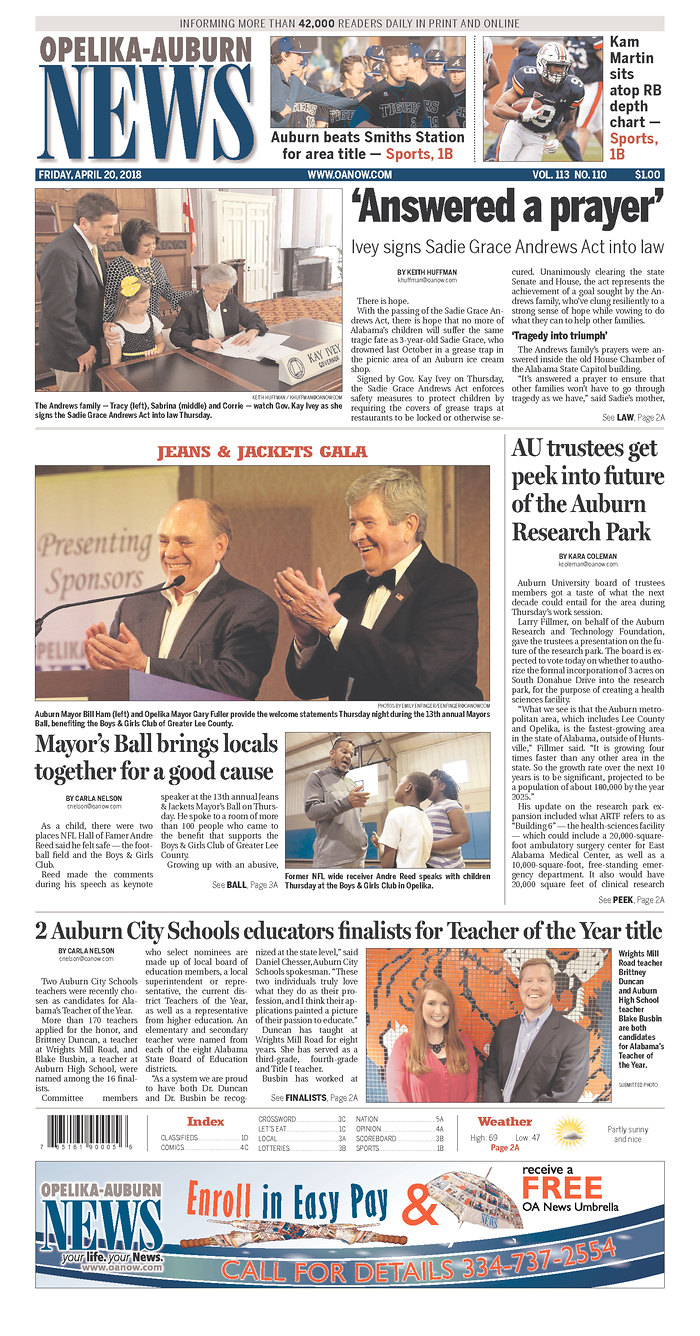 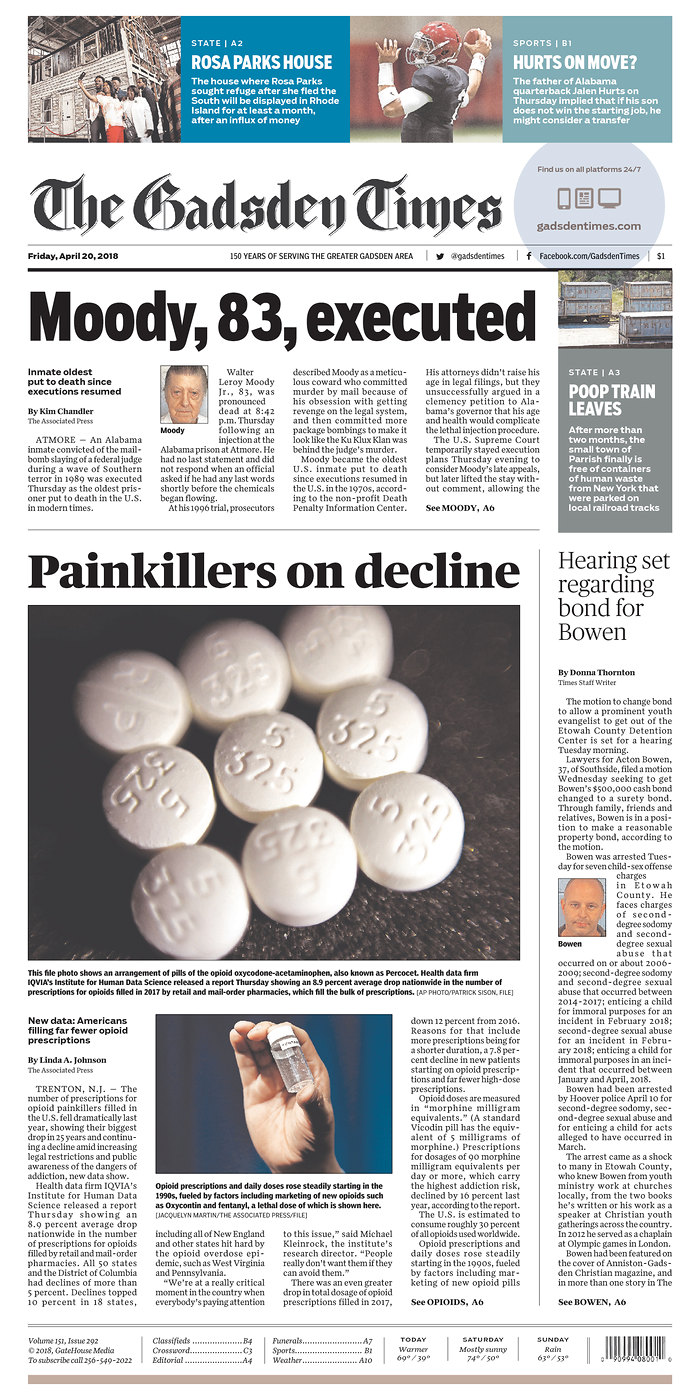