MONTGOMERY ADVERTISER – ‘Without Sanctuary’ and how we remember lynching.

MONTGOMERY ADVERTISER –  Our shame: The sins of our past laid bare for all to see.

AL.COM – Columnist John Archibald:  Alabama politics: And then there were two (Democrats).

ANNISTON STAR – Students who lost apartments in storm say they were confused by insurance requirement.

WASHINGTON POST – As Trump threatens to get more involved at Justice Department, its alums push back.

WASHINGTON POST – An Alabama attorney wanted to collect a $60 debt, police say. So he got a gun and a bolt cutter.

WASHINGTON POST – ‘Our shame’: This newspaper undermined black lynching victims. Now it is confronting its sins.

NEW YORK TIMES – For Many, Life in Trump’s Orbit Ends in a Crash Landing 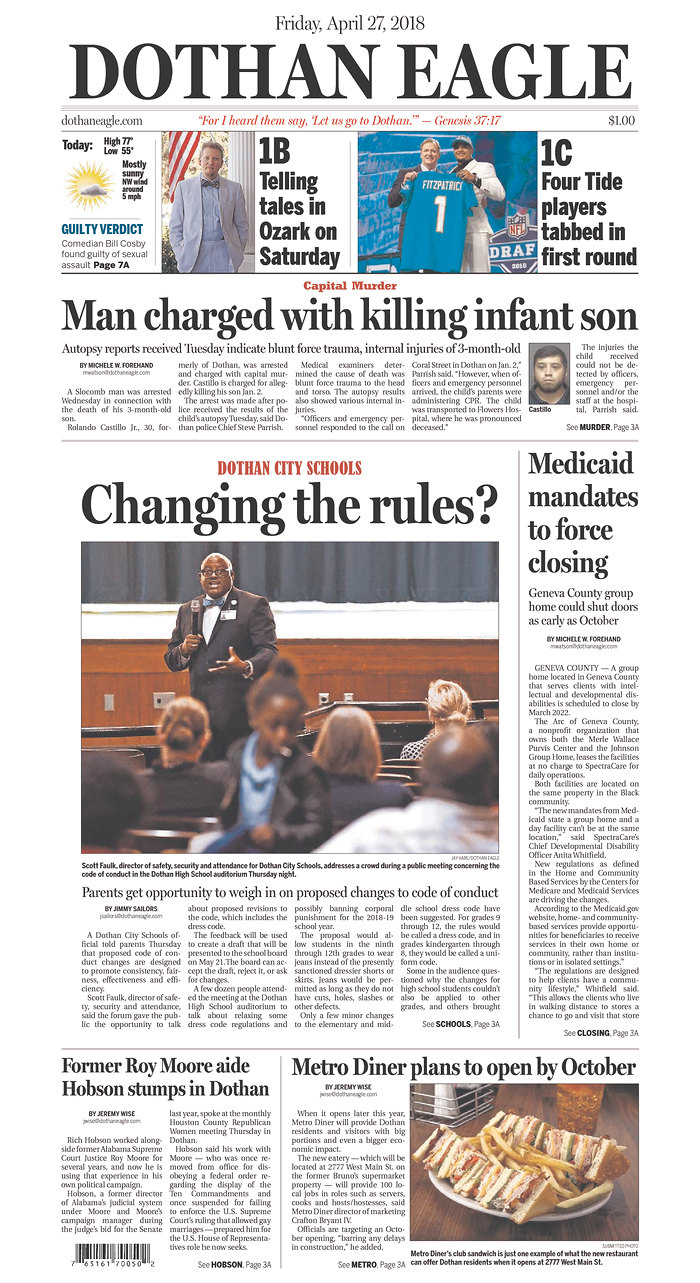 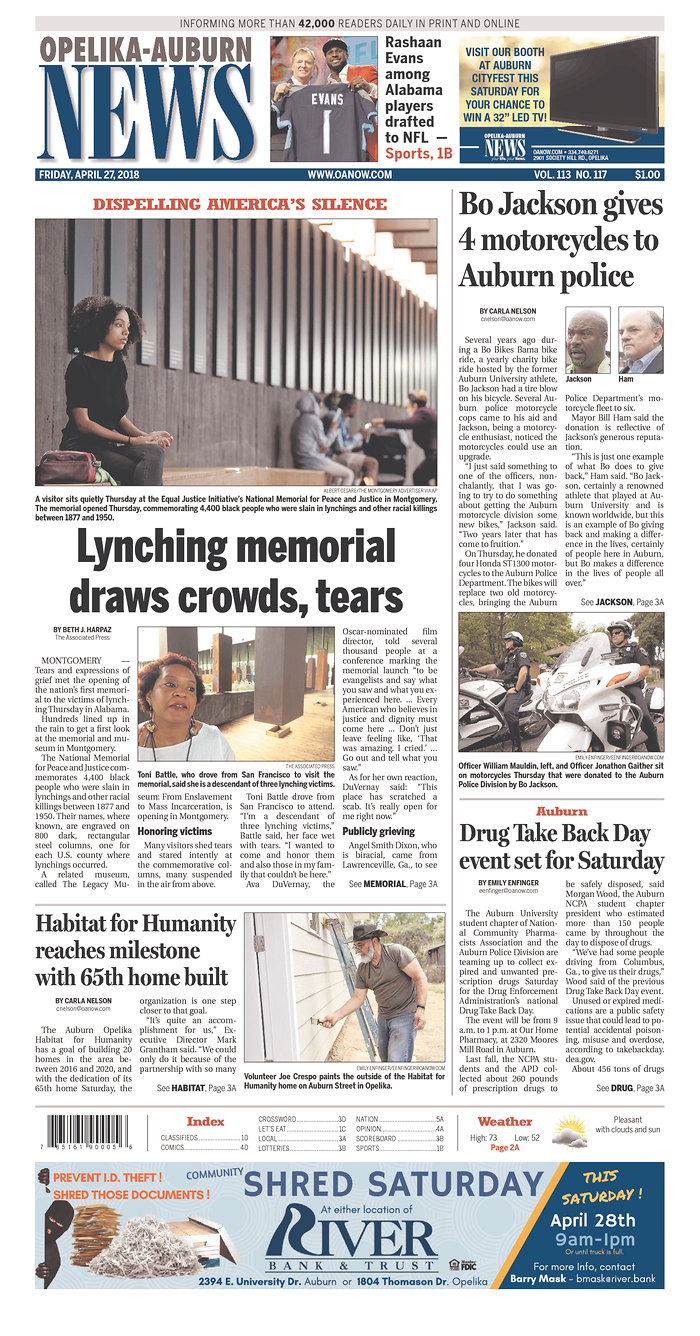 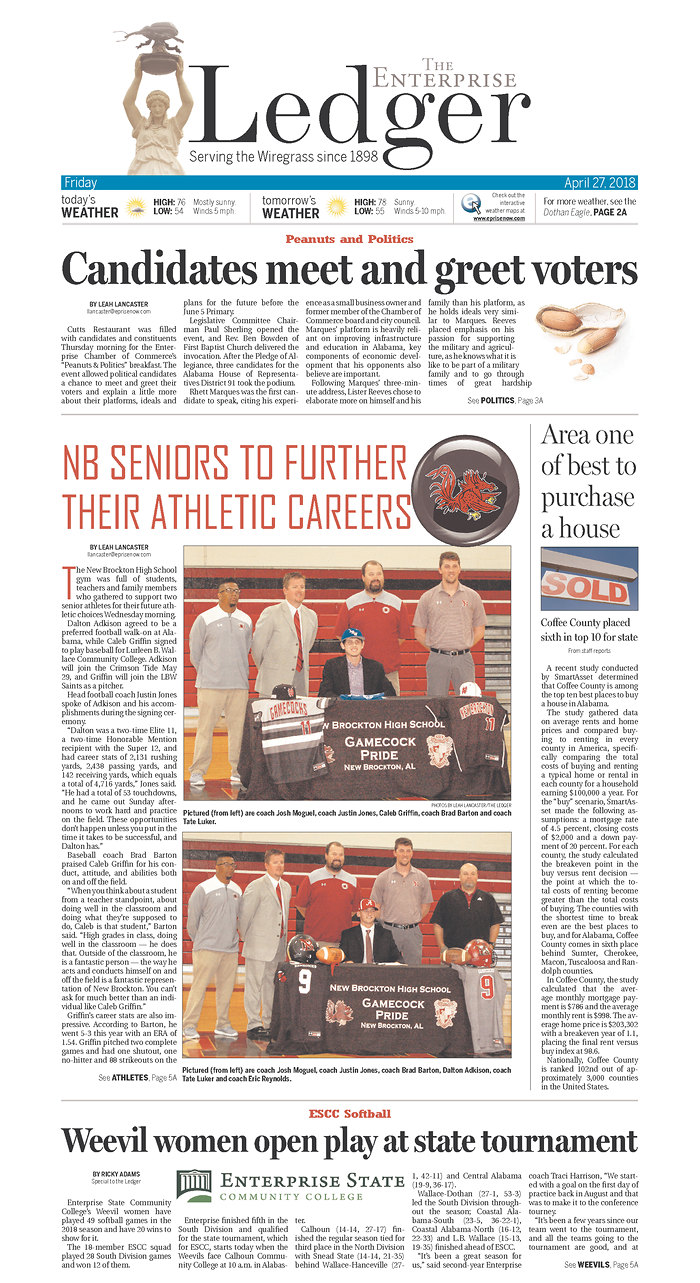 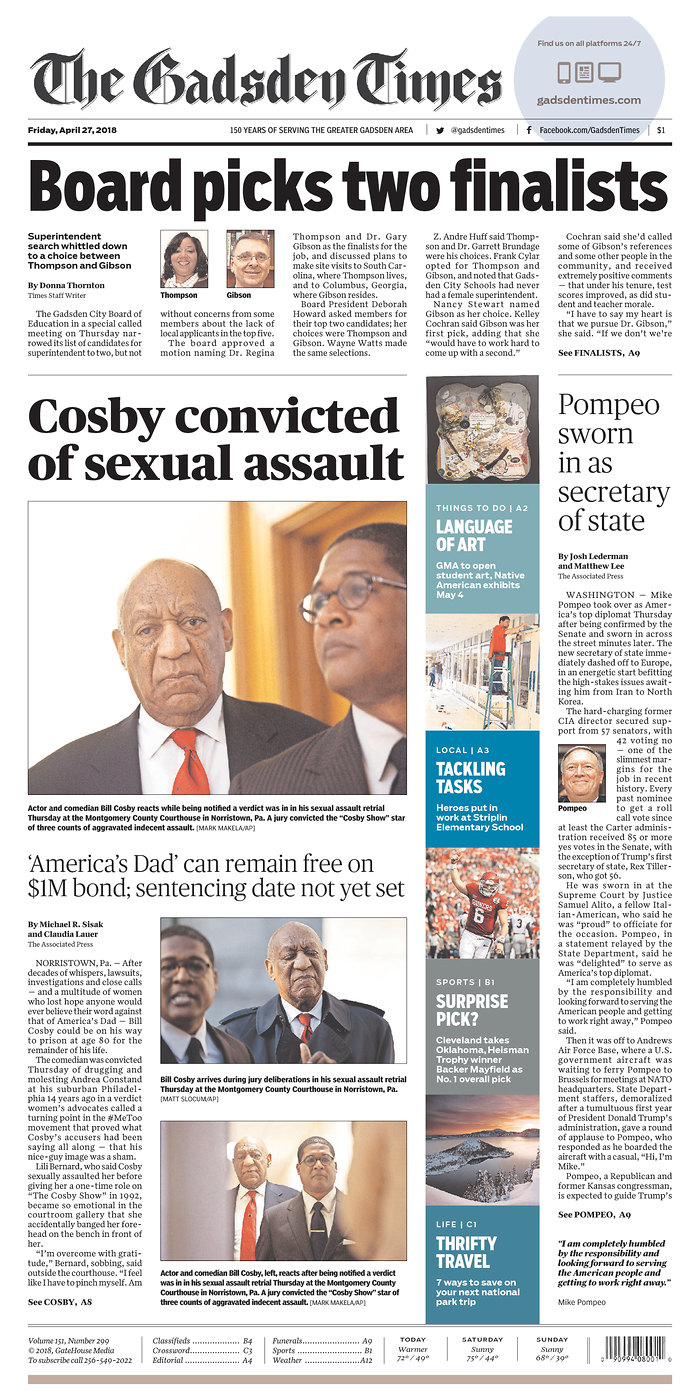 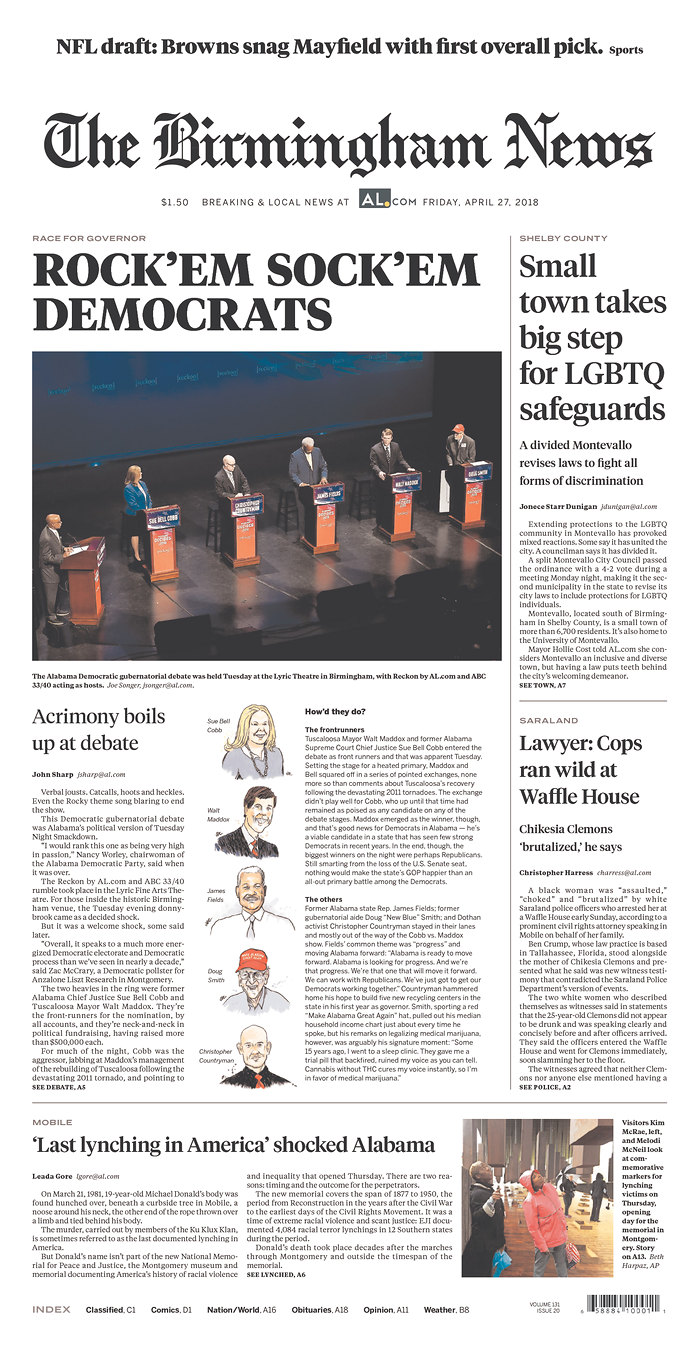