Good morning! I basically had dinner with Stevie Wonder this weekend. So did Rep. Laura Hall, who was way more chill about the whole thing than me. Here’s your Daily News for Monday, April 30.

1. Alabama Sheriffs have a problem.

2. Immigrant caravan arrives at the border. 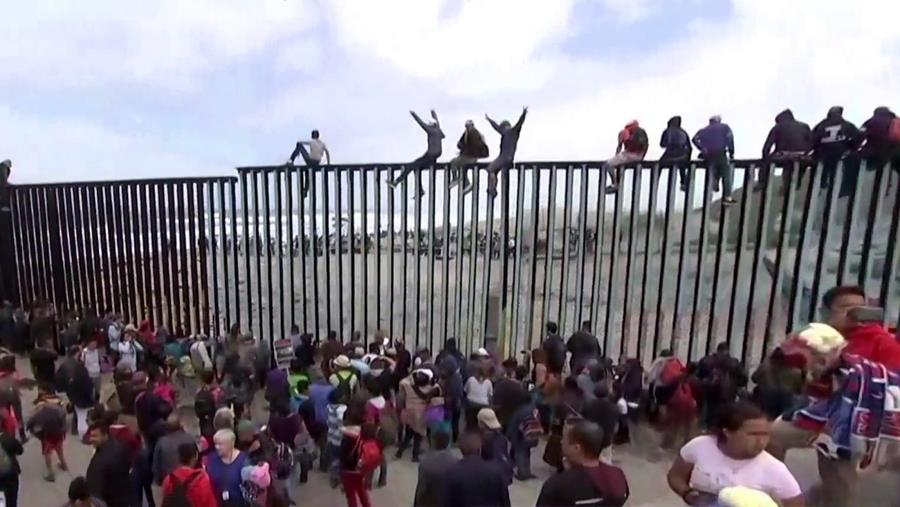 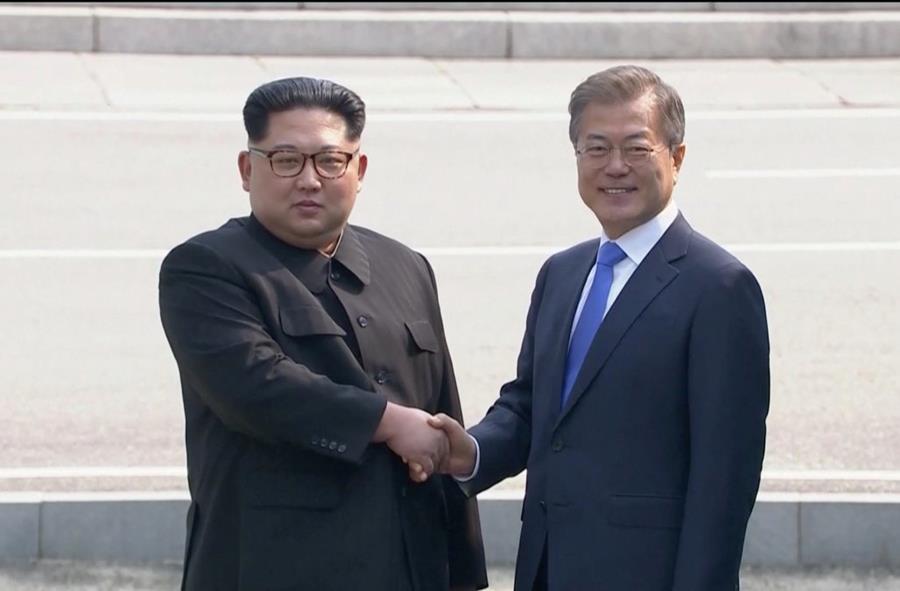 “Well, we’ve heard this before. This is — the North Korean propaganda playbook is an infinitely rich resource.

“What we want to see from them is evidence that it’s real and not just rhetoric.”

ALABAMA DAILY NEWS – North Korea offers to give up nukes if U.S. vows not to attack.

MONTGOMERY ADVERTISER – ‘Clearly a sacred place:’ What visitors from across the country said after visiting EJI’s lynching memorial.

MONTGOMERY ADVERTISER – After the opening of the lynching memorial, what comes next?

MONTGOMERY ADVERTISER – Prattville Schools: what will it take?

DOTHAN EAGLE – 25 employed at International Beams as plant gears up for full operation.

AL.COM – Columnist John Archibald:  It had to be Waffle House.

AL.COM – Tuskegee University down to two finalists for president.

AL.COM – Contributor Frances Coleman:  When confronting our hateful past, embrace the shame.

ANNISTON STAR – Thanks for the assistance, Washington.

CULLMAN TIMES – Measures must be taken for safety.

WASHINGTON POST – Democrats were looking at suburban districts. Now they’re glancing toward rural ones too.

WASHINGTON POST – Contributor Joe Scarborough:  There is no one who can save Trump from himself. 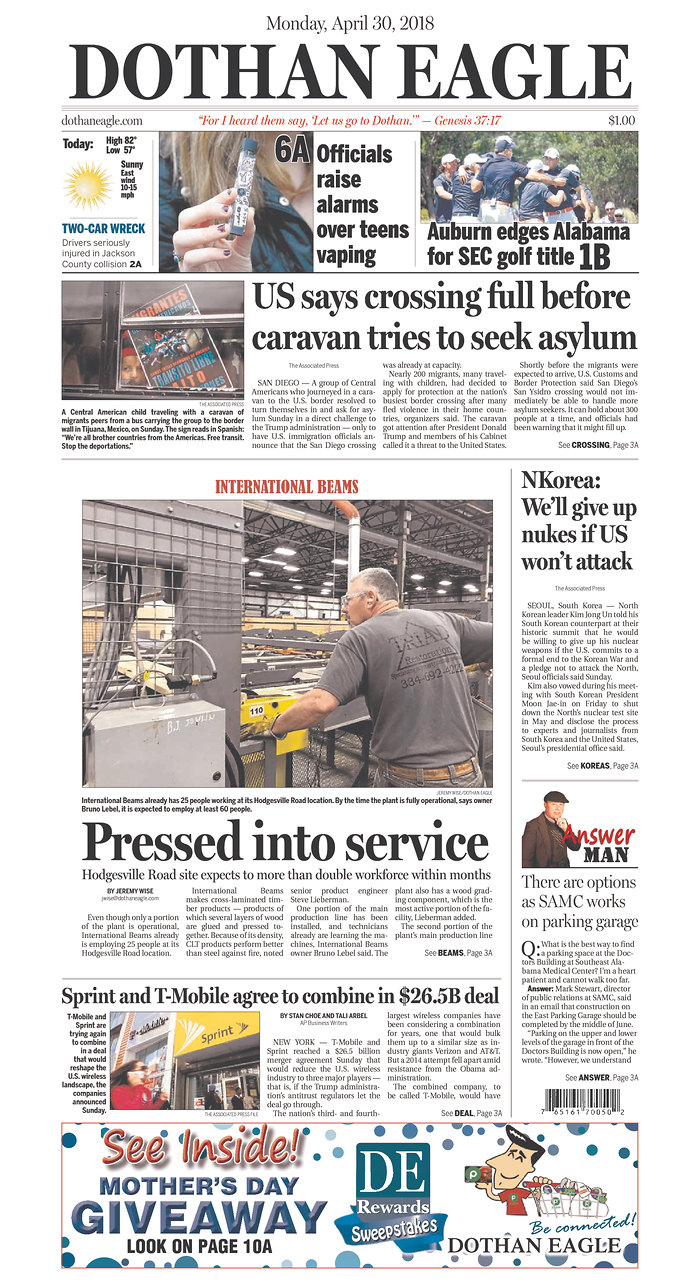 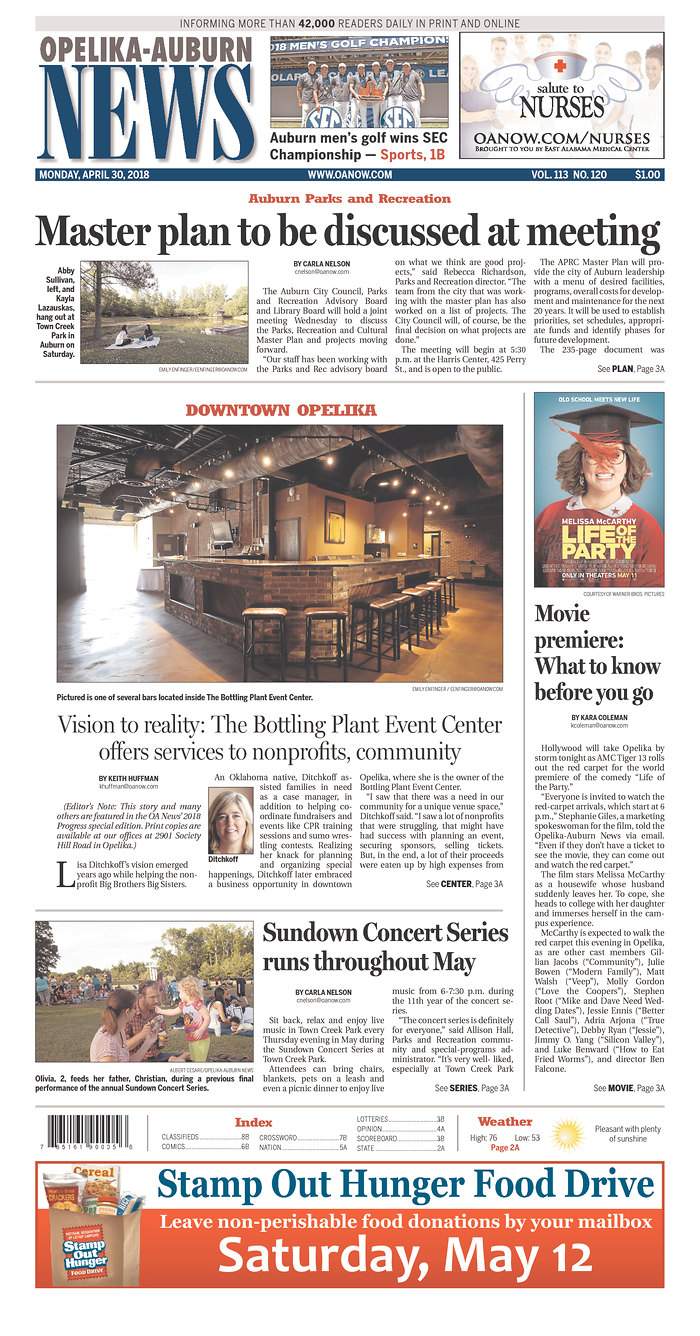 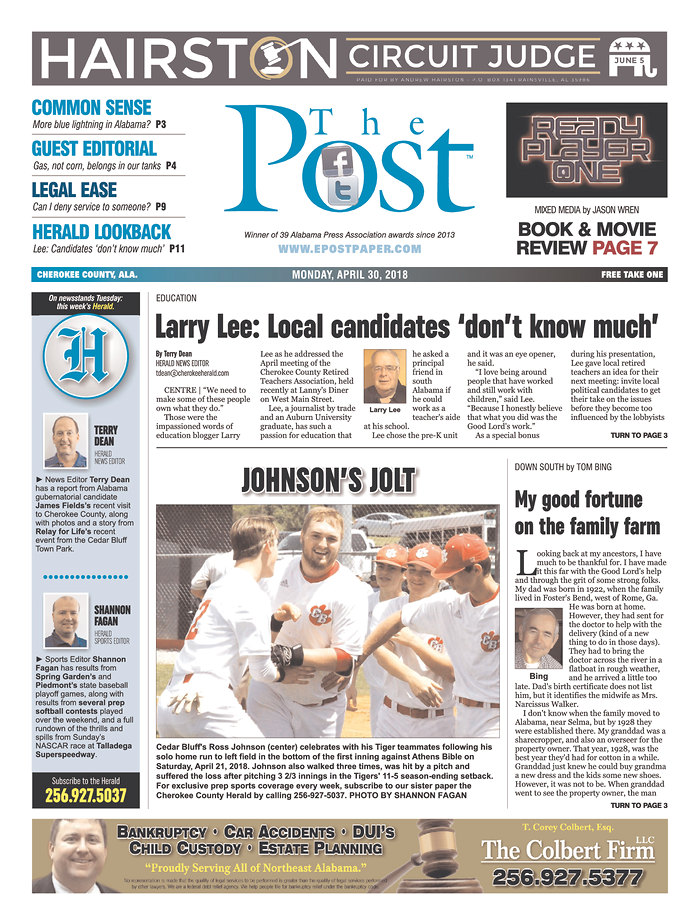