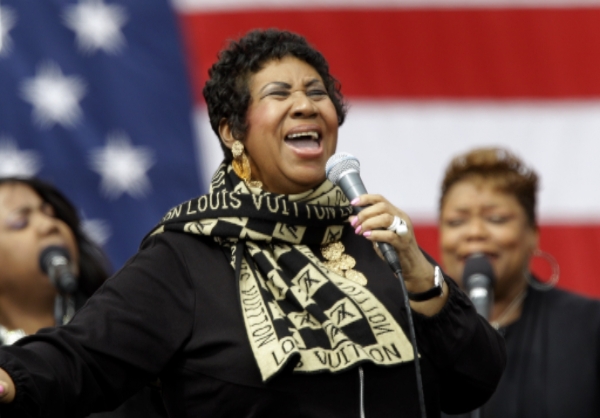 Aretha Franklin has died, and we’ve lost a treasure.

She was simply the best.

Here are some memorable performances I recommend you play as you read the rest of your news.

The GOP-controlled Senate has been approving appellate court judges at a rapid pace, already setting a record for the most confirmed during a president’s first two years in office. After the confirmation of the two nominees, Republicans highlighted the fact that Trump has chosen one out of seven appeals court judges.

The GOP is installing jurists favored by conservatives who are likely to influence decisions on immigration, voting rights, abortion and the environment for decades.

A Message from Leverage Public Strategies

Blake Harris and his team at Leverage Public Strategies recently notched major wins in some of the most consequential primary races:

Leverage is establishing itself as the “go-to” consulting firm for candidates wanting to get ahead in the highly-targeted analytics and online advertising game.

If you’re looking to take your campaign strategy to the next level, give Blake a shout: Blake@LeveragePS.com.

“If it goes to trial, it will go to trial in Alabama,” [Marshall] said. “We’re not trying this case in Cleveland.”

President Trump has told advisers that he is eager to strip more security clearances as part of an escalating attack against people who have criticized him or played a role in the investigation of alleged Russian interference in the 2016 presidential campaign, two White House officials said.

We are TWO WEEKS from college football.

I’m pretty excited. I know you are, too.

So, just because it’s a Friday, here are some football headlines…

DOTHAN EAGLE – U.S. Rep. Martha Roby says comprehensive approach needed when making plans for interstates – and that could include an I-10 Connector.

ANNISTON STAR – The good things in the 3rd District.

AL.COM – West Nile virus, Zika in Alabama: How to protect yourself.

AL.COM – These fees and taxes are going up in counties across Alabama.

WASHINGTON POST – Columnist Catherine Rampell:  Free-speech conservatives, this is your call to arms.

NEW YORK TIMES – The Costs of Motherhood Are Rising.

Front Pages (images link to newspaper websites, which you should visit and patronize!) 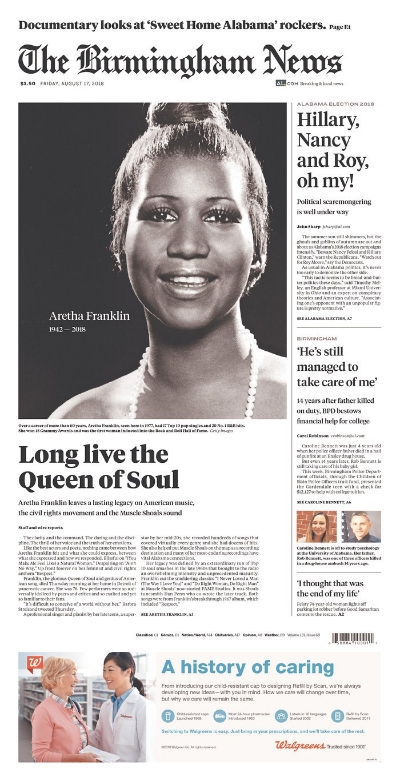 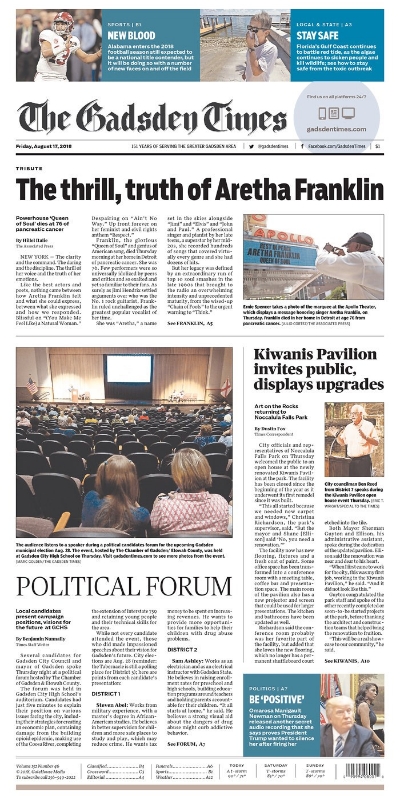 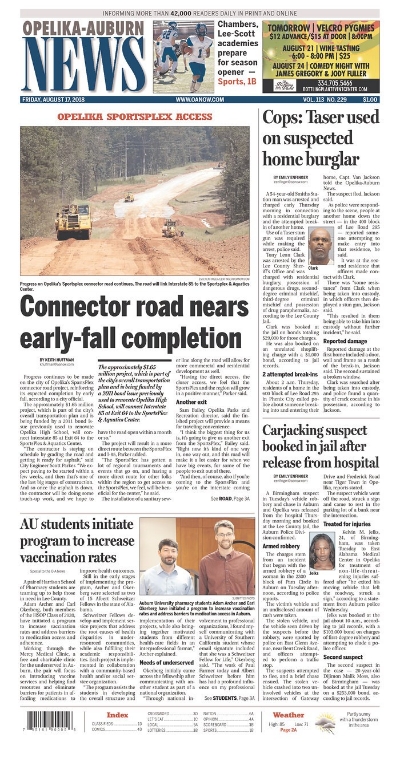