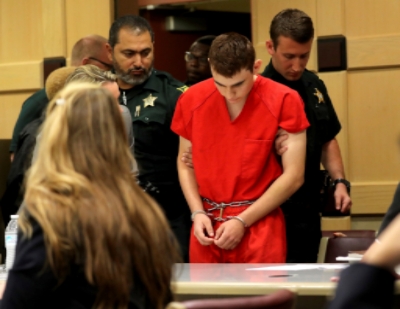 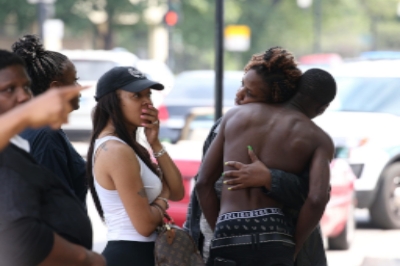 Starting about midnight Saturday, at least 40 people were shot citywide, four fatally, in a period of less than seven hours as gunmen targeted groups at a block party, after a funeral, on a front porch and in other gatherings, according to authorities.

MONTGOMERY ADVERTISER – Was state’s hire of MPS CSFO a strike against transparency?

DOTHAN EAGLE – The Dothan Fire Department will eventually relocate one station and build another.

DECATUR DAILY – Sunfish and snails face off against economic development.

FLORENCE TIMES DAILY – Carl Elliott ‘gave everything he had for others’.

AL.COM – Alabama among states with rat lungworm cases in humans.

AL.COM – Columnist John Archibald:  You got trouble, Alabama, and its name is Haney.

AL.COM – Columnist Kyle Whitmire:  Who the #*~& is Franklin Haney?

WASHINGTON POST – Trump at a precarious moment in his presidency: Privately brooding and publicly roaring.

WASHINGTON POST – Trump isn’t taking the Russia threat seriously. But lawmakers can show they are.

WASHINGTON POST – Columnist George Will:  America is sacrificing the future.

WASHINGTON POST – The spot where Emmett Till’s body was found is marked by this sign. People keep shooting it up..

WASHINGTON POST – What’s a Space Force, and Can Trump Really Start One?

NEW YORK TIMES – The Age That Women Have Babies:
How a Gap Divides America

NEW YORK TIMES – Parkland Shooting Suspect Lost Special-Needs Help at School When He Needed It Most.

NEW YORK TIMES – The Outsize Hold of the Word ‘Welfare’ on the Public Imagination. 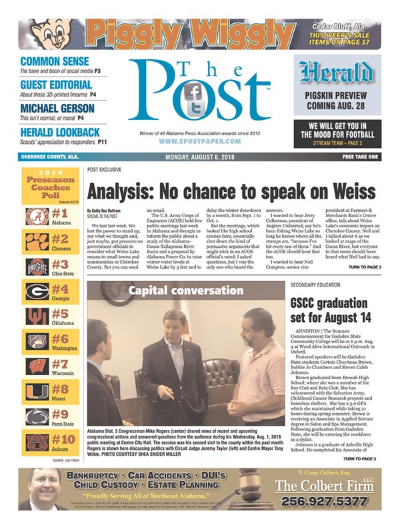 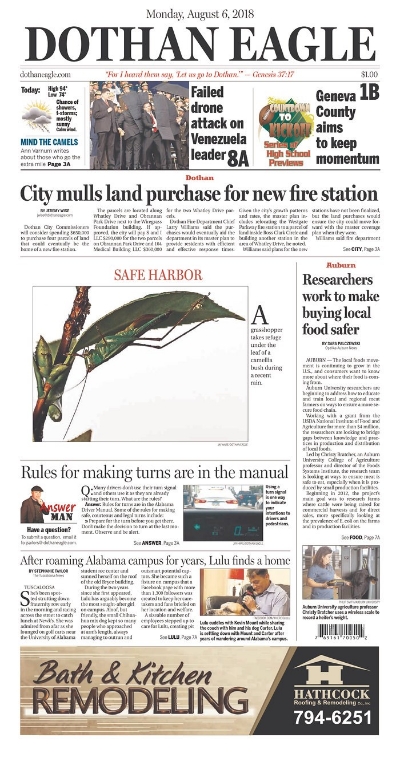 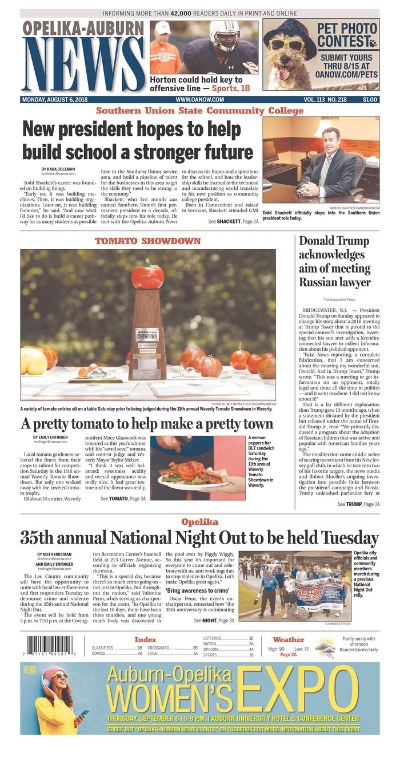