Good morning and Happy Friday! This is your Daily News Digest for February 16. 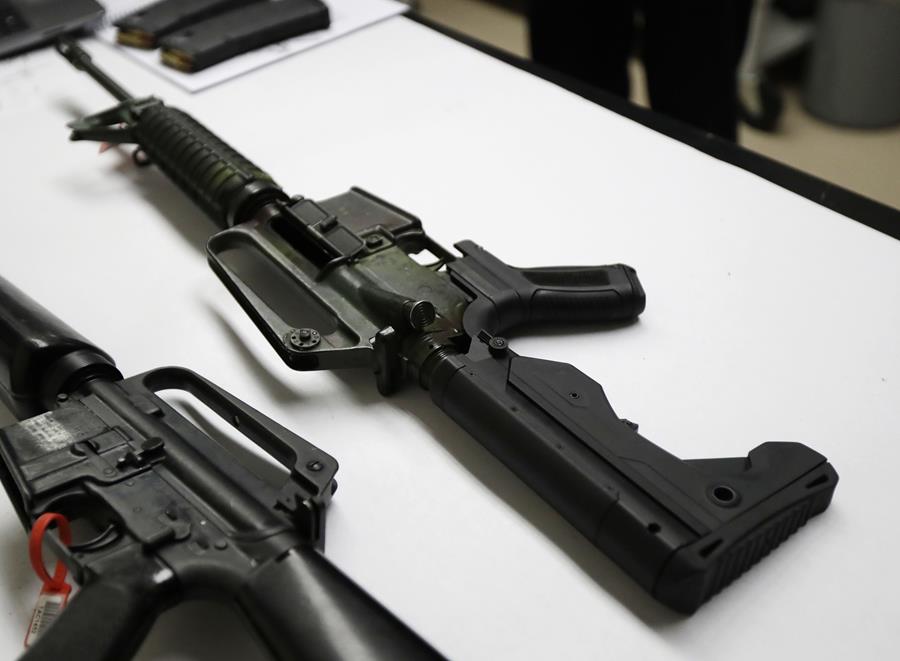 Loaded for bear at school and church? 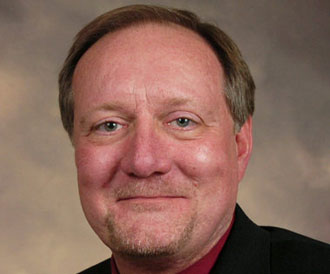 AL.COM – AG Jeff Sessions: ‘We’ve got to confront the problem’ of school shootings.

AL.COM – California businessman asks, ‘Why can’t we be more like Alabama?’

AL.COM – Columnist Cameron Smith:  A Congress held captive by its own MAD doctrine.

TUSCALOOSA NEWS – The Tuscaloosa News:  Freedom of speech is often a messy exercise.

ANNISTON STAR – Editor Phillip Tutor: In gun-loving America, this is who we are.

WASHINGTON POST – Obama ran out of words on mass shootings. Trump has struggled to find them.

WASHINGTON POST – Contributor Joe Scarborough:  Republicans’ indifference to the massacres of innocents will lead to their ruin.

NEW YORK TIMES – A Mother Weeps for Her Angel: ‘I Hope She Didn’t Die for Nothing’ 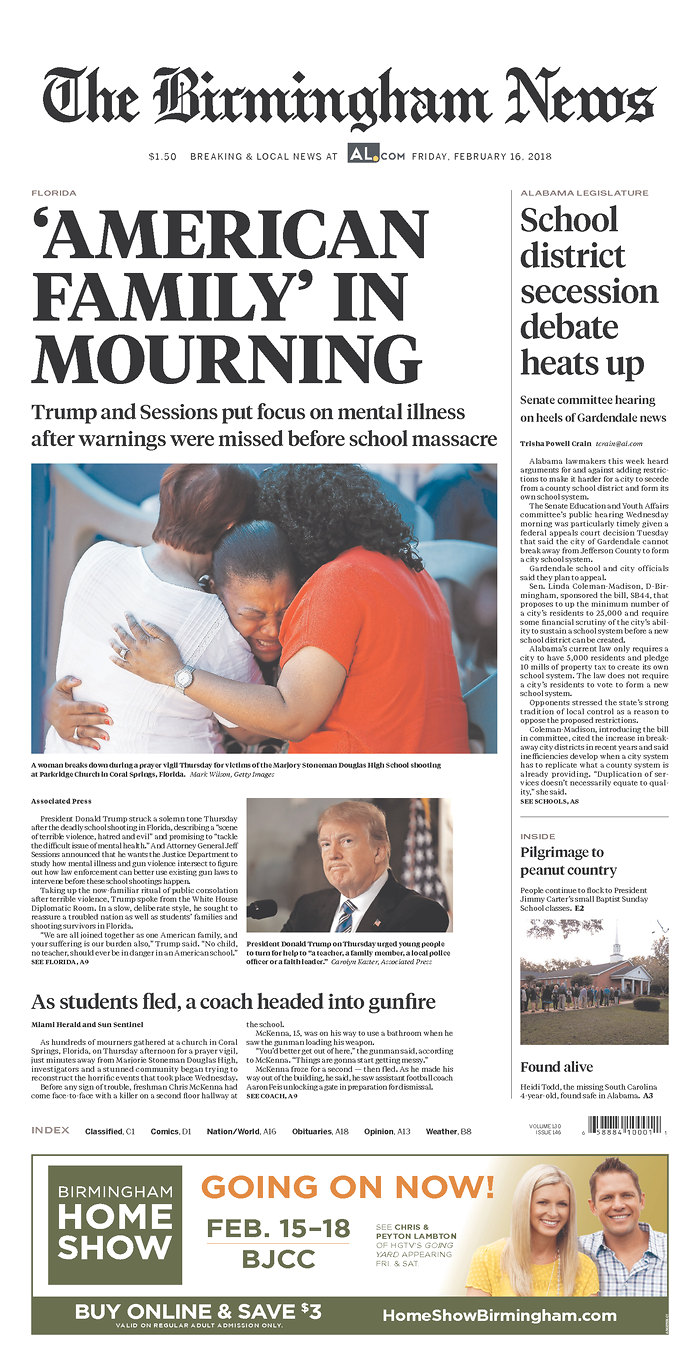 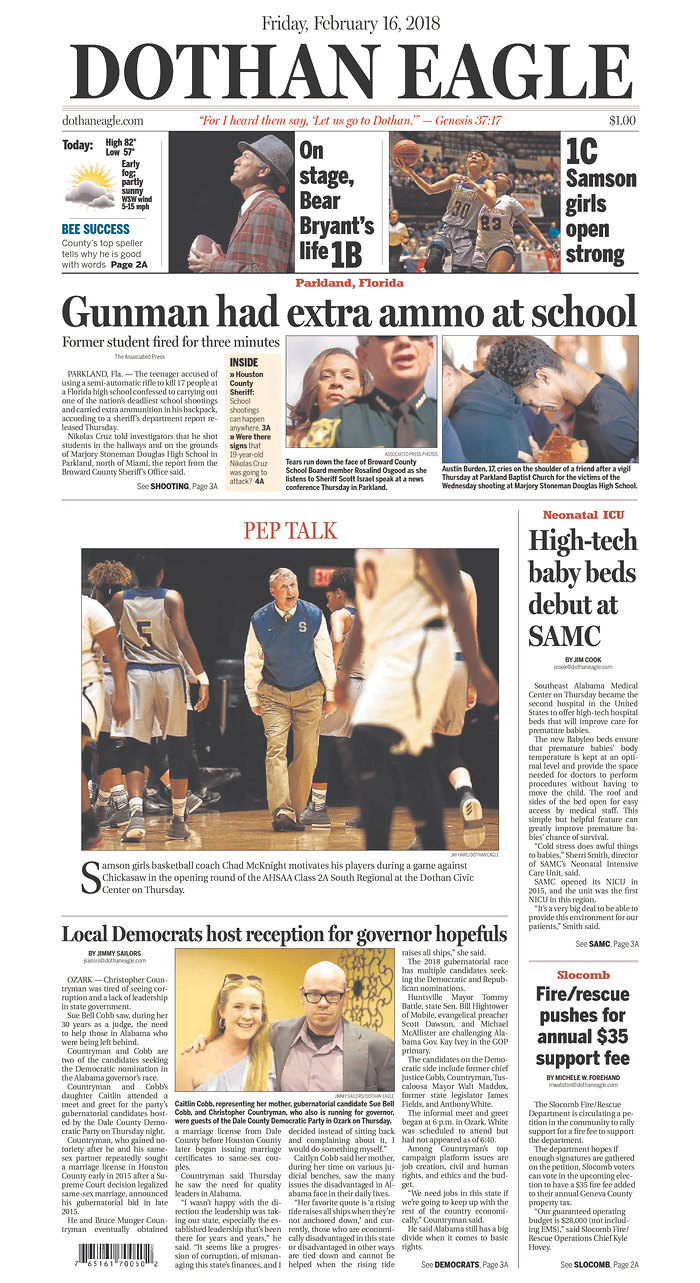 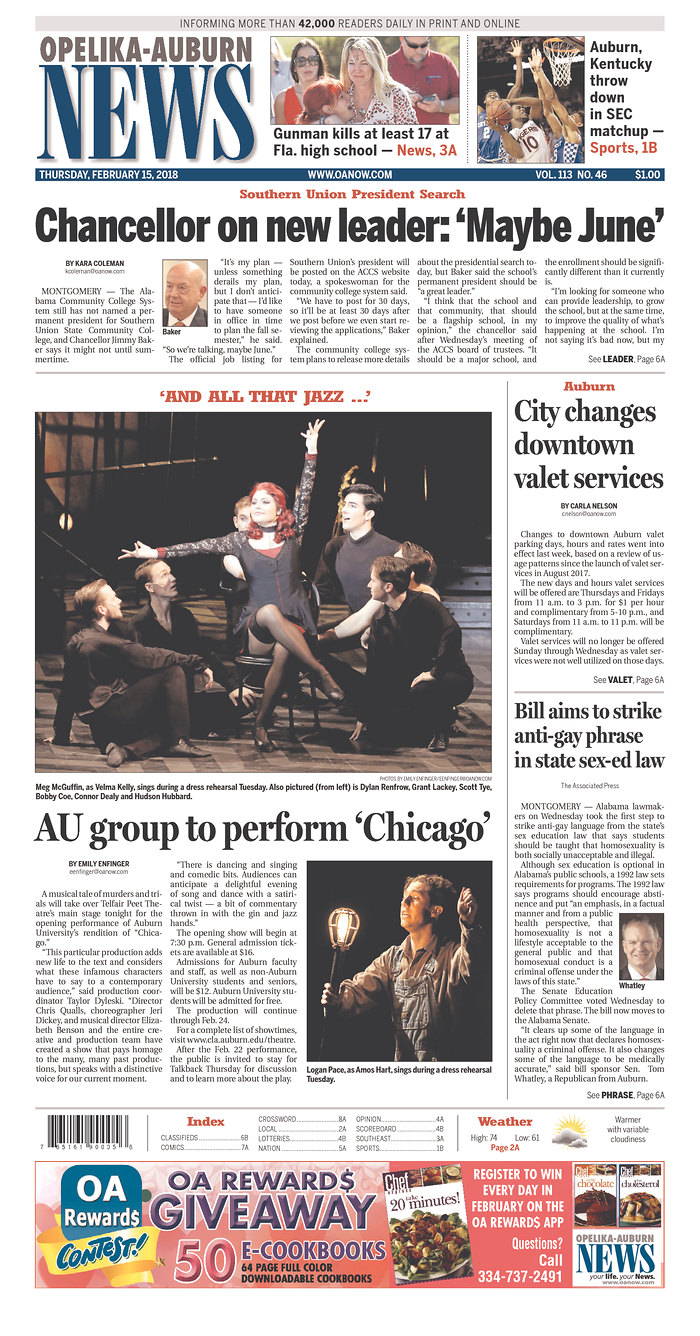 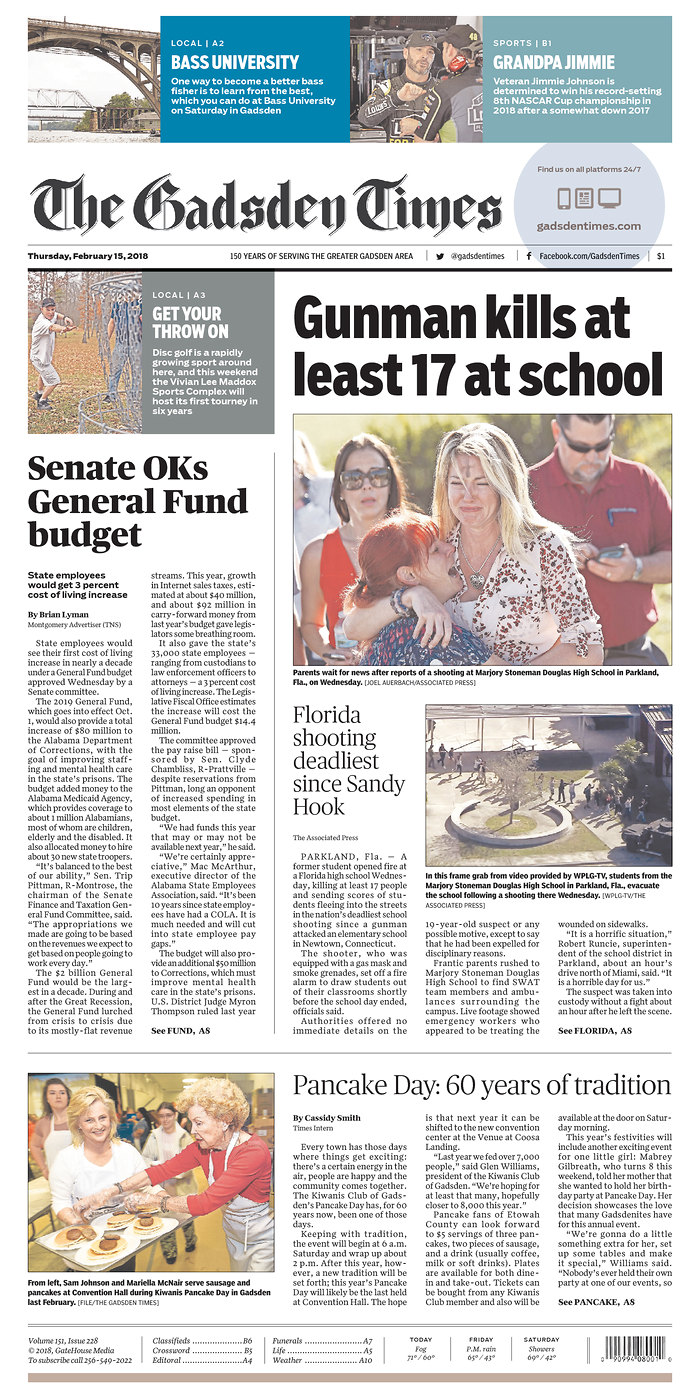