“Now, there is a final reason, I think, that Jesus says, ‘Love your enemies.’ It is this: that love has within it a redemptive power. And there is a power there that eventually transforms individuals.” -Dr. Martin Luther King, Jr.

Good morning, this is your Alabama Daily News digest for Monday, January 15, 2018.

1. Texas-funded group tries to stir up trouble for Shelby 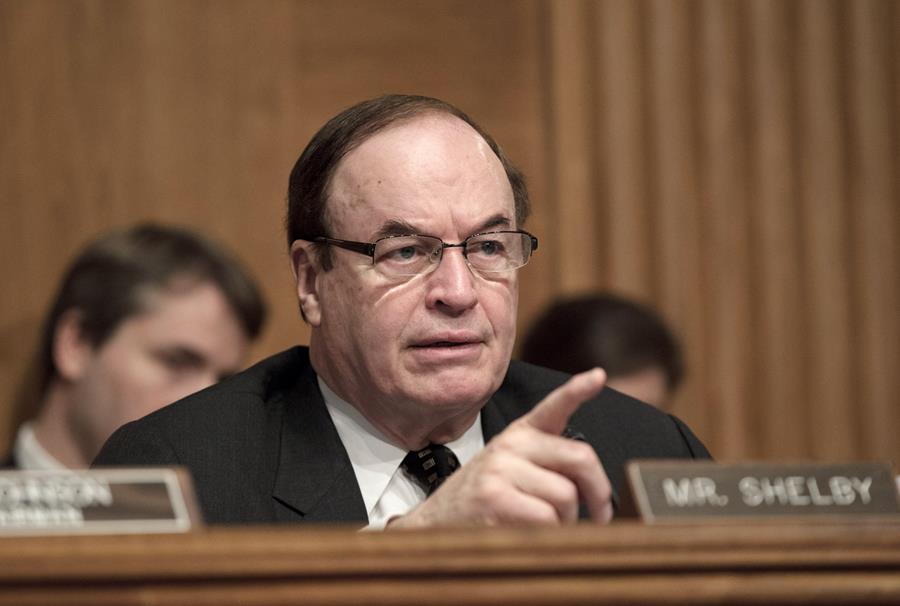 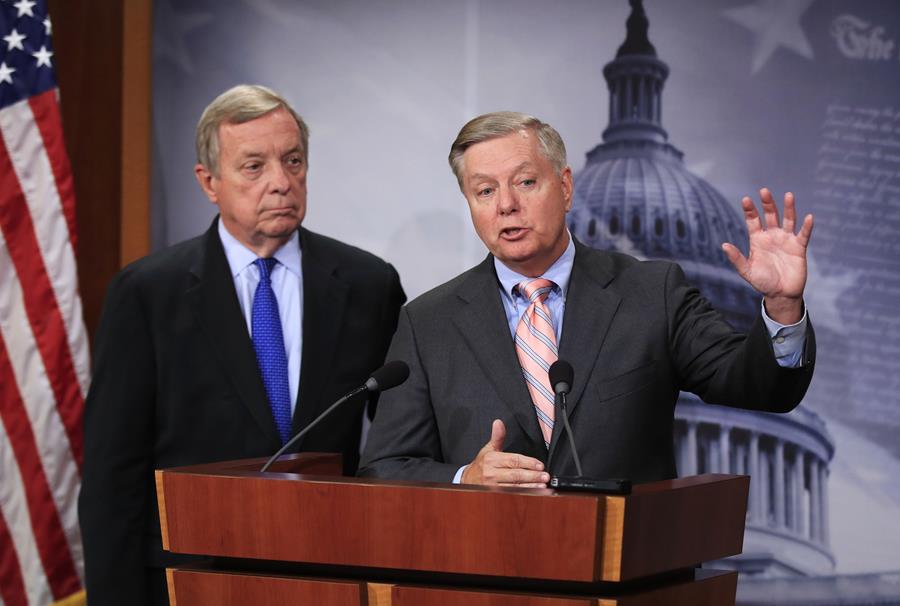 A bipartisan agreement among a handful of senators reportedly includes:

Read the full AP story on details of the agreement at www.ALDailyNews.com.

The agreement between three Republican and three Democratic senators would prevent deportation of hundreds of thousands of so-called “Dreamers,” who were brought to this country as children and are here illegally.

The immigration negotiations seemed to get upended by President Trump’s controversial remarks about certain, um, unfortunate countries. Still, AP reports that the talks continue and now the president is back to daring Democrats not to make a deal.

Over the weekend, President Trump repeatedly tweeted that he thought a deal on immigration was dead “because Democrats don’t really want it.”

“I don’t believe the Democrats really want to see a deal on DACA. They are all talk and no action. This is the time but, day by day, they are blowing the one great opportunity they have. Too bad!”

While immigration gets all the headlines, remember that the federal government is scheduled to run out of money on January 19th at midnight. That’s four days from now.

The race for Governor seems to be heating up…

‘Tis the season for reelection announcements

With qualifying ongoing, these announcements will start coming in more rapidly. If you are a candidate for office or helping someone else run, make sure I get your announcement press release by putting todd@ALDailyNews.com on your distribution list.

4. Be a part of the Alabama Daily News!

AL.COM – How did Alabama earn a ‘C’ on its first-ever report card?

SELMA TIMES JOURNAL – The Selma Times-Journal:  Good luck to our legislators as they work to make a difference in our state.

DECATUR DAILY – The Decatur Daily:  King’s words speak to all.

WASHINGTON POST – Trump says that he is ‘not a racist,’ denies souring chances for immigration overhaul by using vulgarity.

WASHINGTON POST – New alarm among Republicans that Democrats could win big this year. 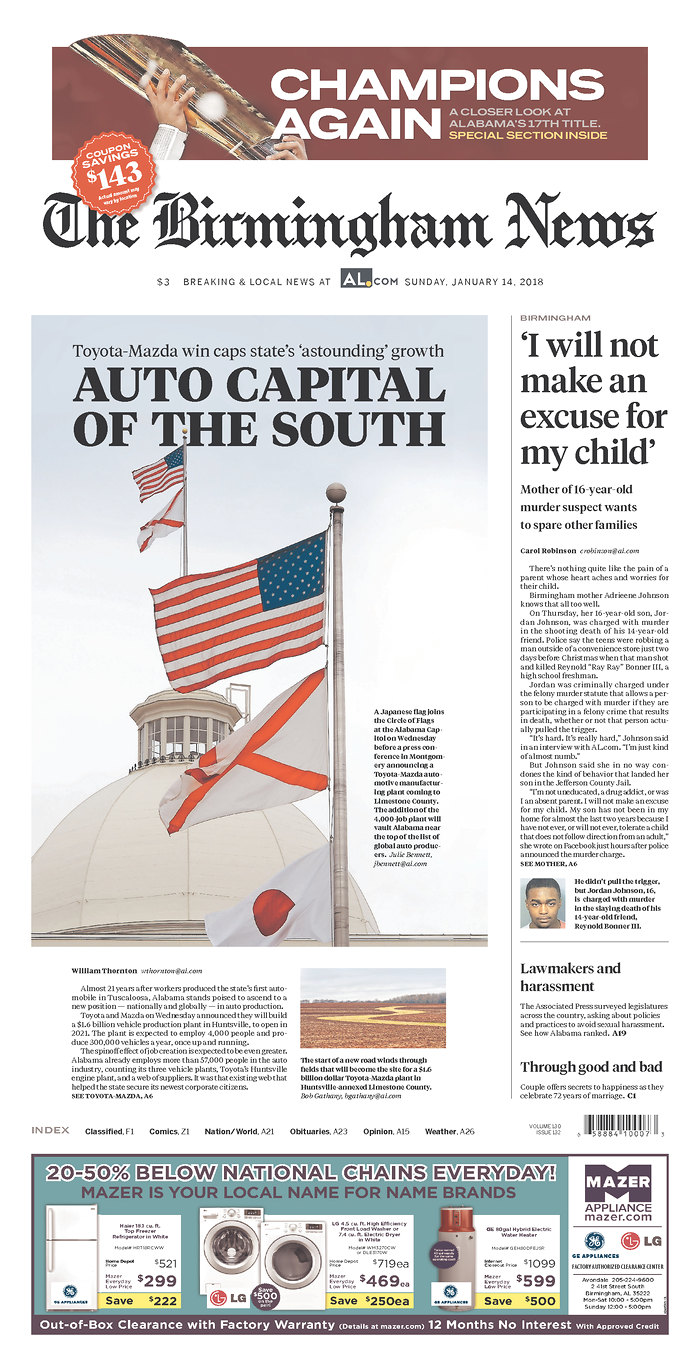 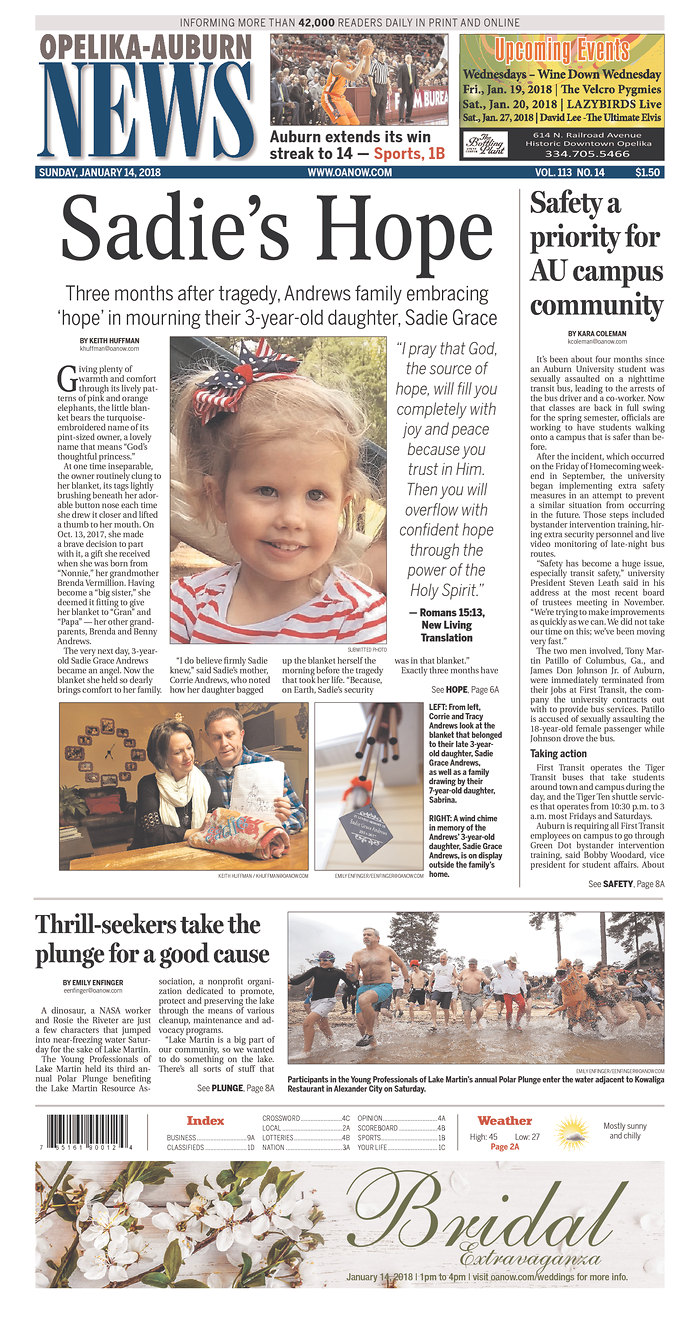 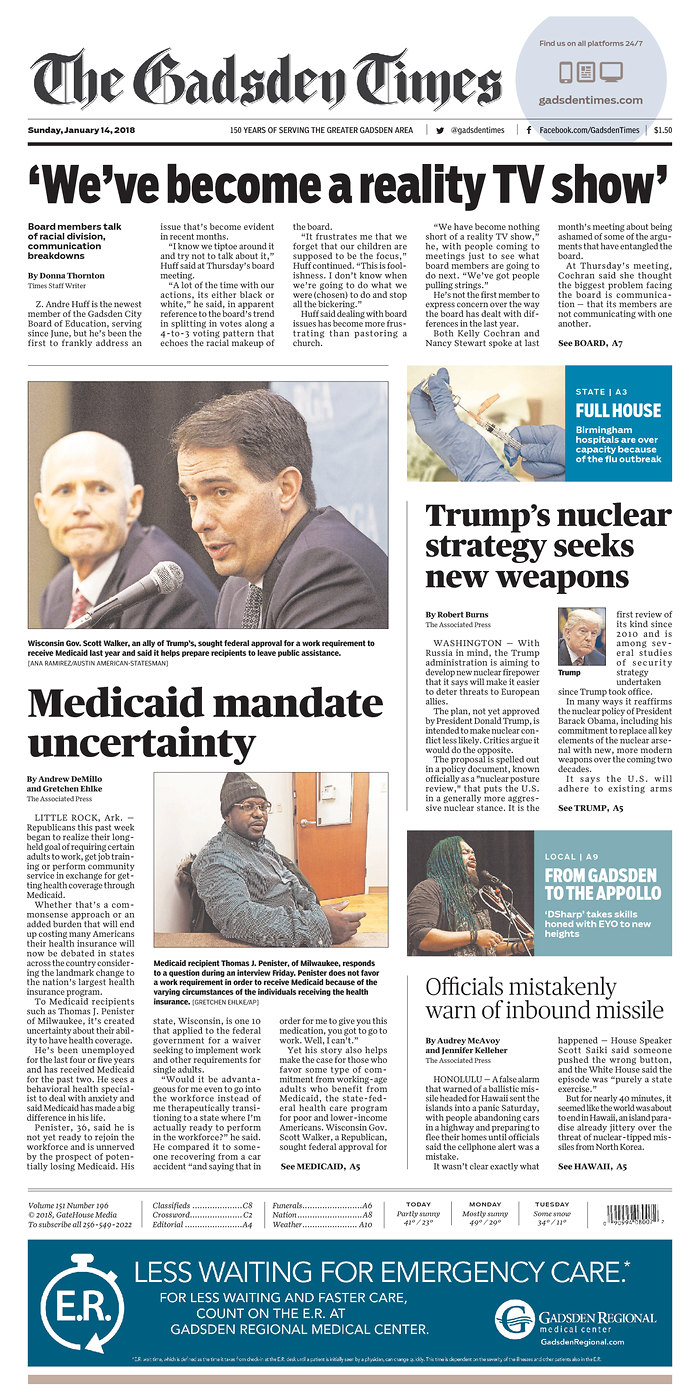 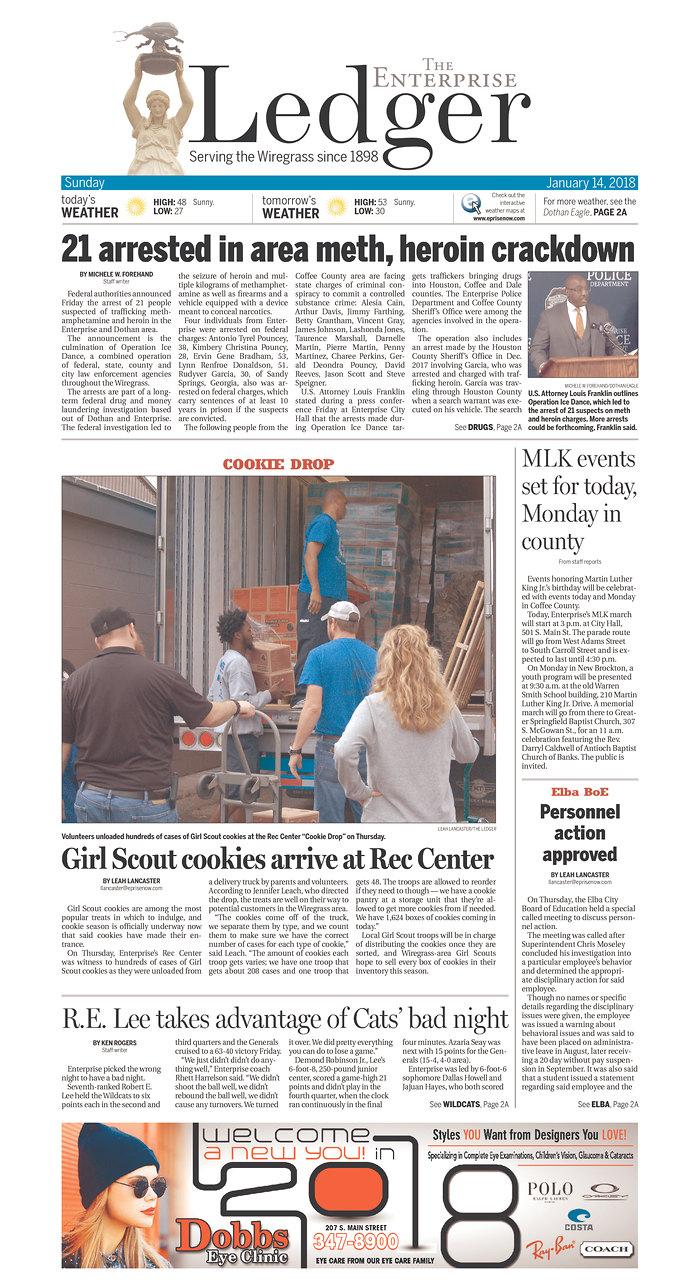 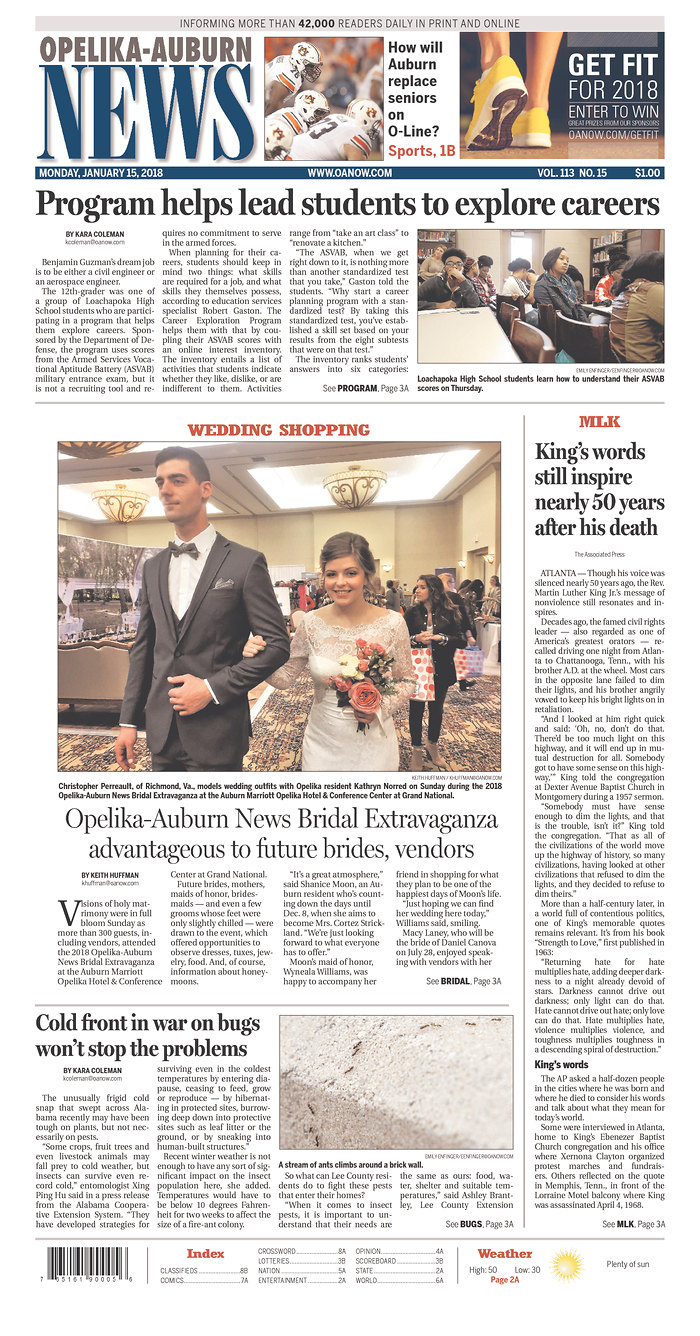