Good morning! This is your Alabama Daily News digest for Wednesday, January 31, 2018. 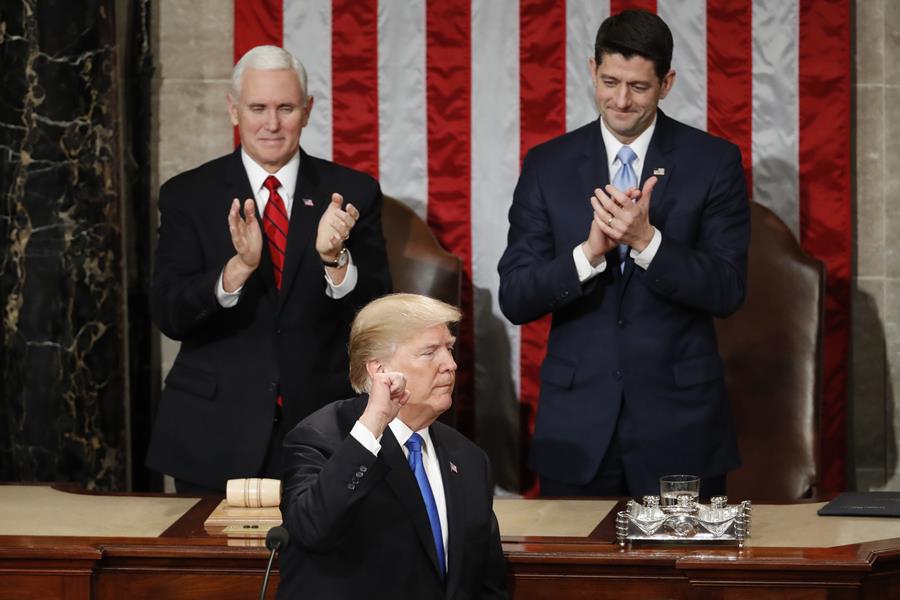 Even critics of President Donald Trump are conceding that his State of the Union address struck a tone of unity, bi-partisanship, and American exceptionalism.

If you didn’t watch the speech live, go do it right now here. Or, if you don’t have an hour and a half to spare, watch four minutes of highlights here.

As I wrote Monday, I had pretty high expectations for the speech given the way the issues were perfectly teed up for him (economic momentum, immigration, ISIS, etc). But the president far exceed my expectations (and not just because Alabama’s success landing Mazda-Toyota even got a mention).

It was a pep rally for the American spirit, well written and deftly delivered.

It was obviously a good night for the president, and I think he will see a nice polling bump.

It was also a good night for congressional Republicans, who need a boost going into the 2018 midterms. Perhaps one of them can convince the president to keep his twitter account on the rails until November.

2. After Mazda-Toyota, state looks to patch up incentives potholes 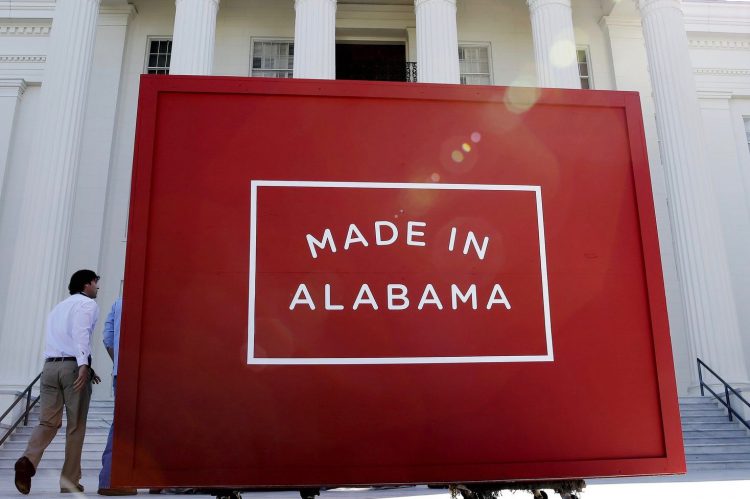 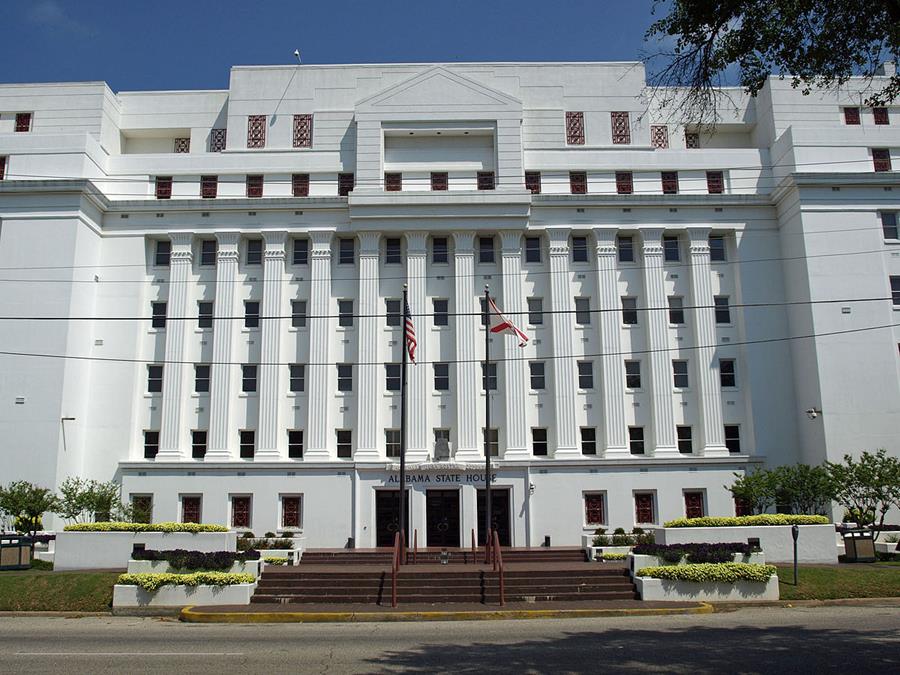 It was a busy day in the Alabama Legislature. Lets catch you up…

No Smoking in the Car with Kids

ANNISTON STAR – The Anniston Star:  One meal, one step at a time.

DOTHAN EAGLE – The Dothan Eagle:  Looking out for day-care children.

WASHINGTON POST – ‘They treated my kids’ health insurance like it was a game’: The battle over CHIP. 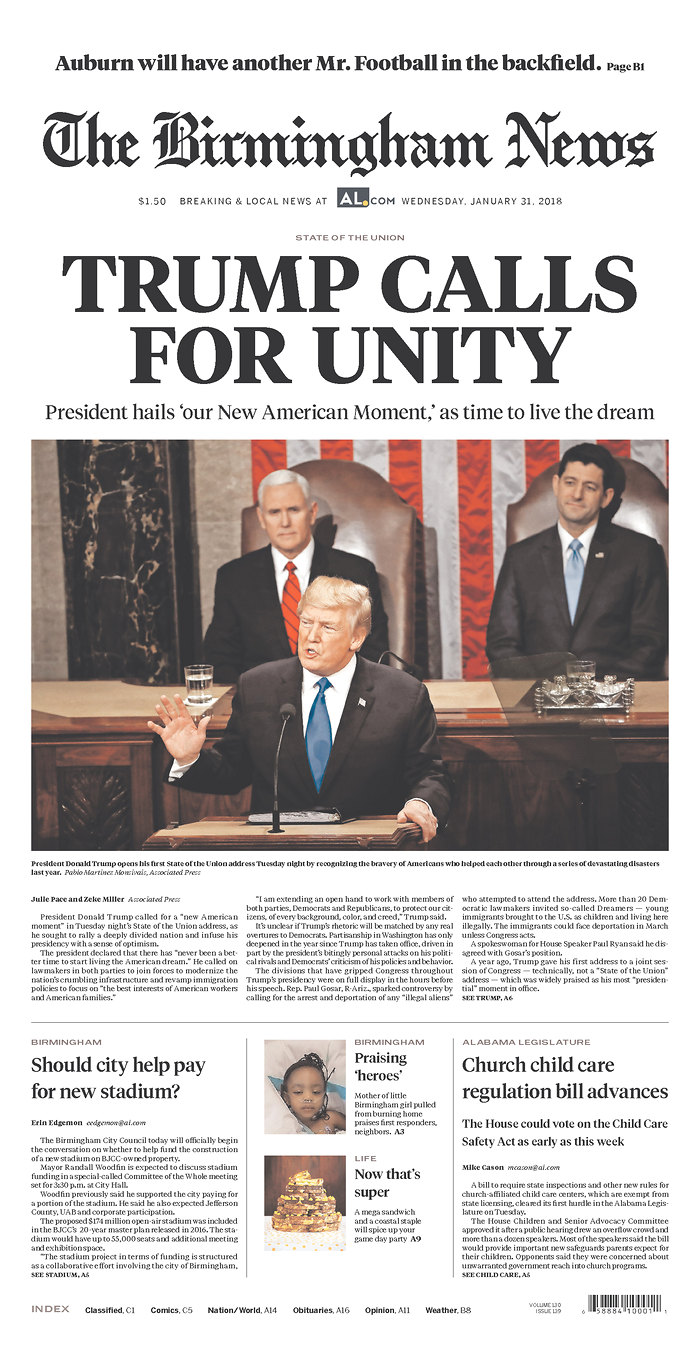 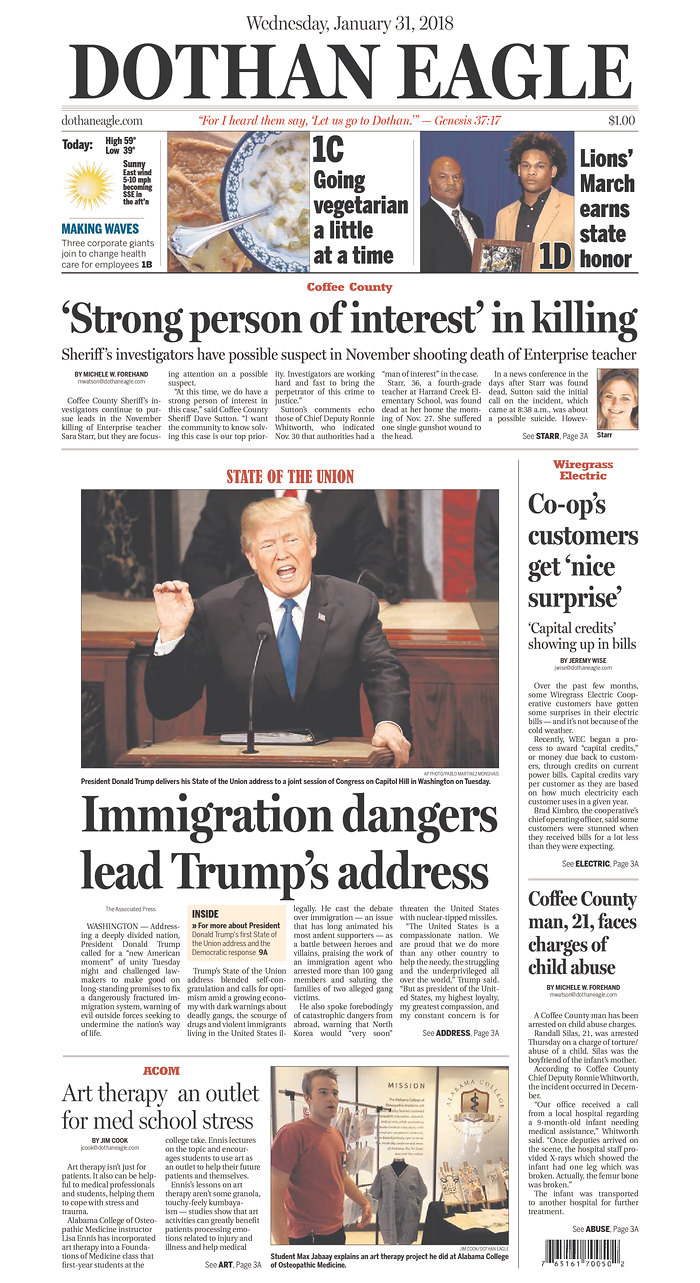 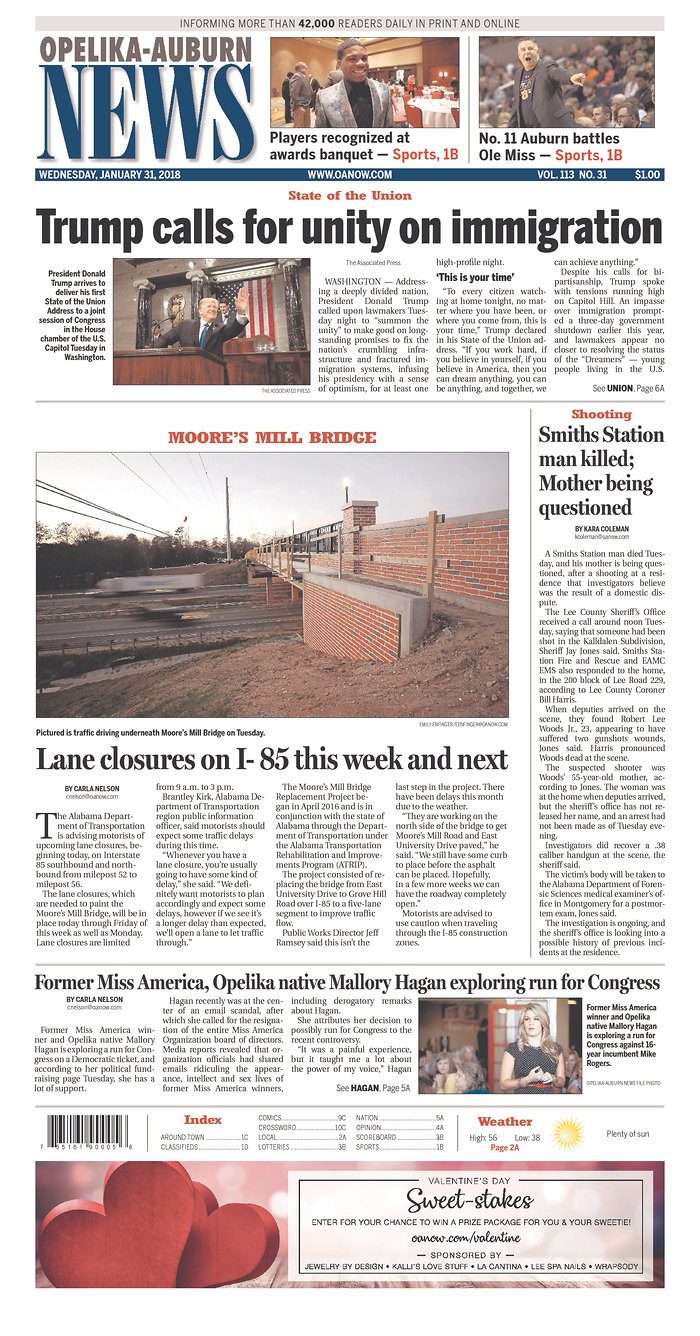 Previous PostTrump calls for optimism in spite of warnings of dangerNext PostSurvey: US companies added healthy 234,000 jobs in January