“She told the president to step down and get out of the way, and then she went — every time he pooted, she was there to smell it,” Bright told BuzzFeed News. “And she’s continuing to do it.”

A board member who presides over the drastic decline in the quality of public education – and refuses to accept responsibility for it  – deserves the same fate as the coach who consistently loses games, the CEO who mismanages assets, and the lawyer or doctor who commits malpractice.

“There are kids that don’t know if their power is going to be on when they get home from school or if their water is going to be turned off. That’s a real issue,” Landrum said. “There’s 15 or 20 times a year that I find out one of my kids, the basic necessities at home, they don’t have them. That’s just the ones that tell me. There’s a lot more that don’t.”

Pence tweets/calls in support of Roby

Cool photo of the day. 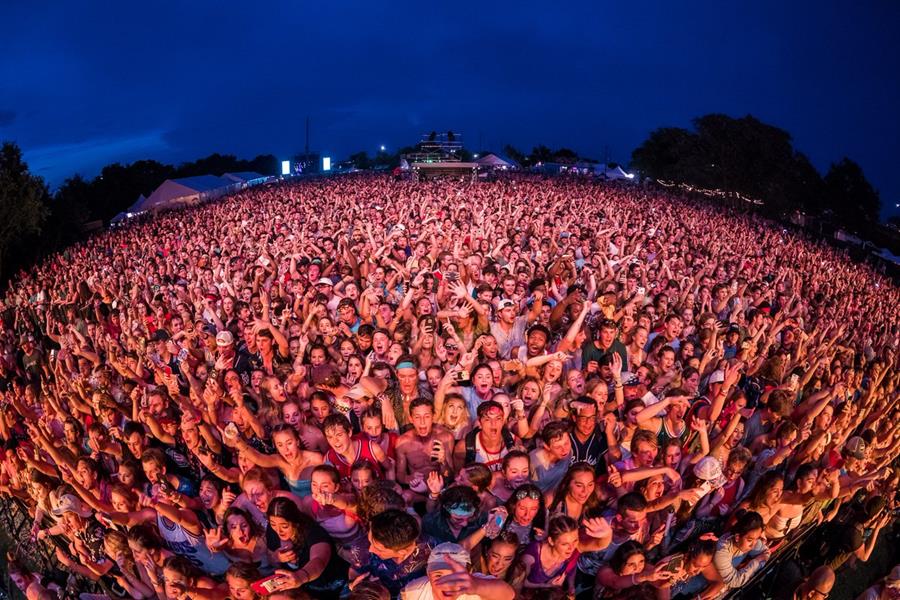 Thousands brave the stormy weather to close out Sloss Music and Arts Festival in Birmingham yesterday.

MONTGOMERY ADVERTISER – Poverty and proficiency: how MPS’ struggles may lay outside the school system.

MONTGOMERY ADVERTISER – Vanzetta McPerson: time for change at the school board.

DOTHAN EAGLE – A measured approach to an unlikely threat.

SELMA TIMES JOURNAL – Editor Will Whaley:  What will happen to the National Voting Rights Museum?

DECATUR DAILY – Lawyer: US trying to force Ed Henry to testify against others.

OPELIKA-AUBURN NEWS – Lawyers fighting for two sentenced to life without parole as juveniles.

AL.COM – Primary runoff 2018: What to know ahead of Tuesday’s primaries.

AL.COM – Columnist John Archibald:  If you love someone with dementia … help!

AL.COM – Columnist Frances Coleman:  Why we cared what happened in a faraway cave.

AL.COM – Columnist Roy Johnson:  Shipt delivers jobs, hope for a city in dire need of both.

WASHINGTON POST – Immigrant kids held in shelters: ‘They told us to behave, or we’d be here forever’.

NEW YORK TIMES – Warren is Preparing for 2020. So Are Biden, Booker, Harris and Sanders.

NEW YORK TIMES – Just Sitting Down With Trump, Putin Comes Out Ahead 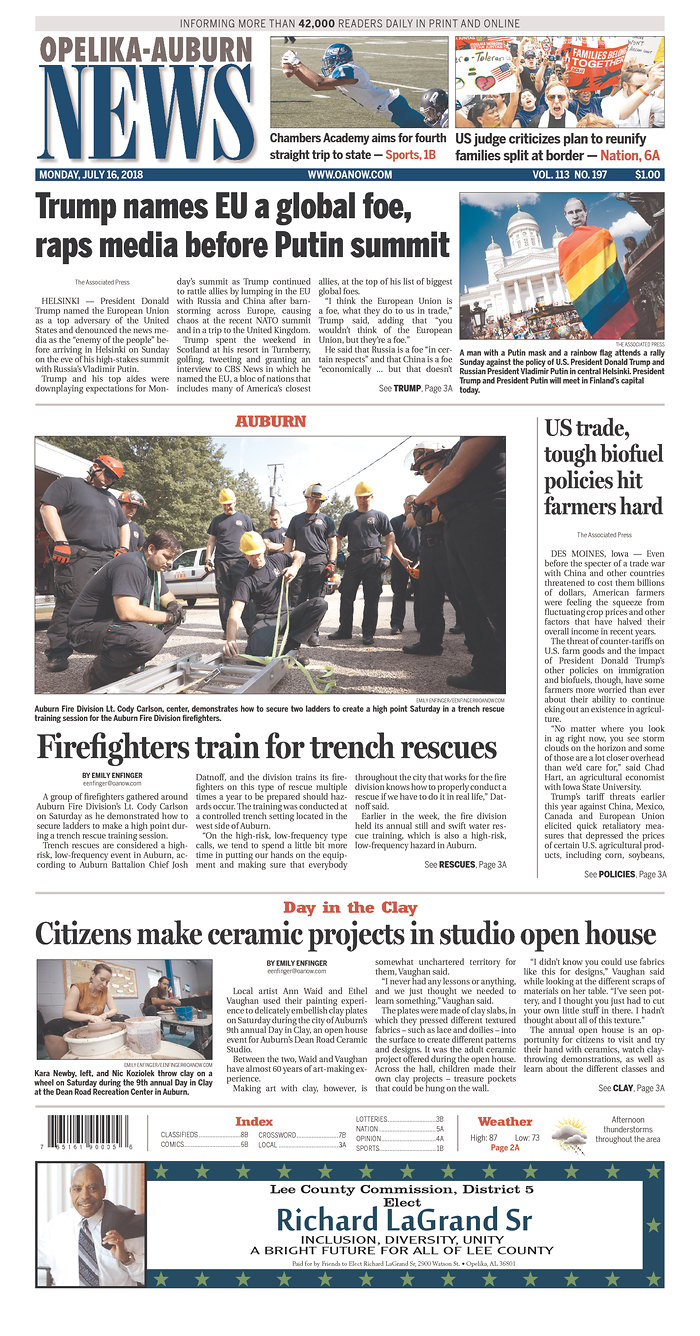 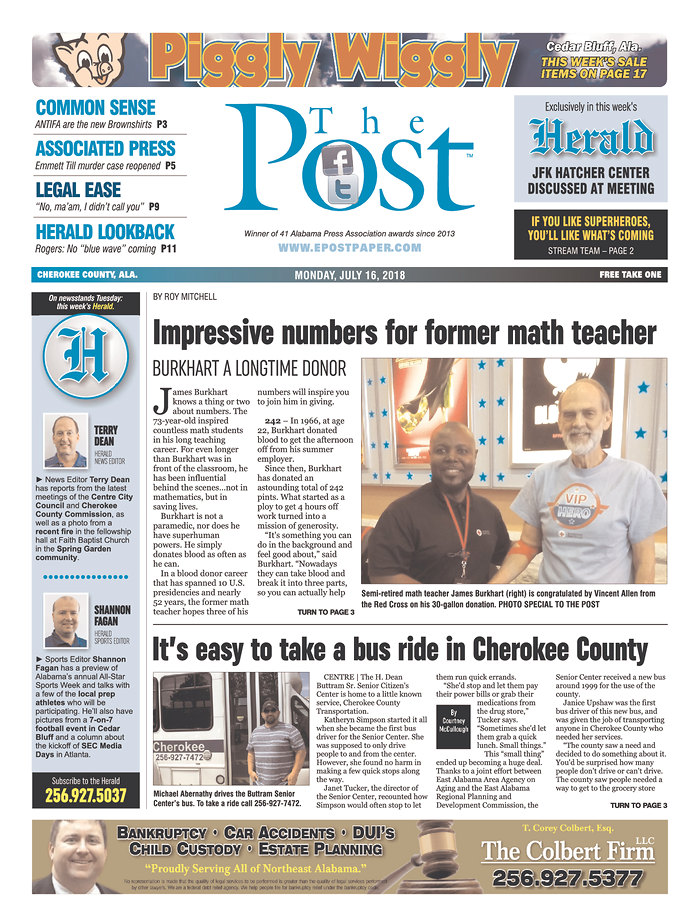