Good morning! We are two weeks away from the July 17 runoff. Here’s your Daily News for Tuesday, July 3, 2018.

“…it’s probably going to be close; I think there will be a big, national campaign rage. But in the end, I’m confident we’ll get the judge confirmed.”

2. My take on Alabama’s connection. 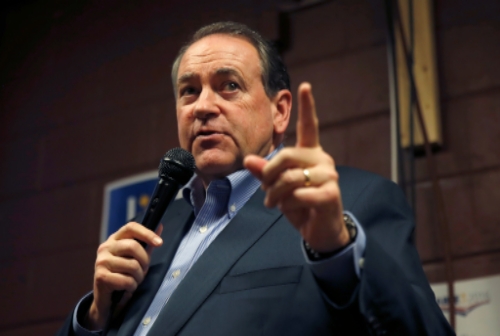 MONTGOMERY ADVERTISER – US Chamber: Trump tariffs put $3.5B in Alabama exports at risk.

DOTHAN EAGLE – Gas prices down for 4th of July, but increases likely on the horizon.

GADSDEN TIMES – Majority of US adults are not ‘extremely proud’ to be Americans, survey finds.

AL.COM – AG Steve Marshall on future: ‘Concentrate on how to make it through today’.

WASHINGTON POST – How Trump is changing the face of legal immigration.

WASHINGTON POST – Trump lawyer Michael Cohen says his family, not the president, is his first loyalty.

NEW YORK TIMES – Finally, Some Answers on the Effects of Medicaid Expansion:  Research suggests that access to care has greatly improved, and that quality of care has generally improved. 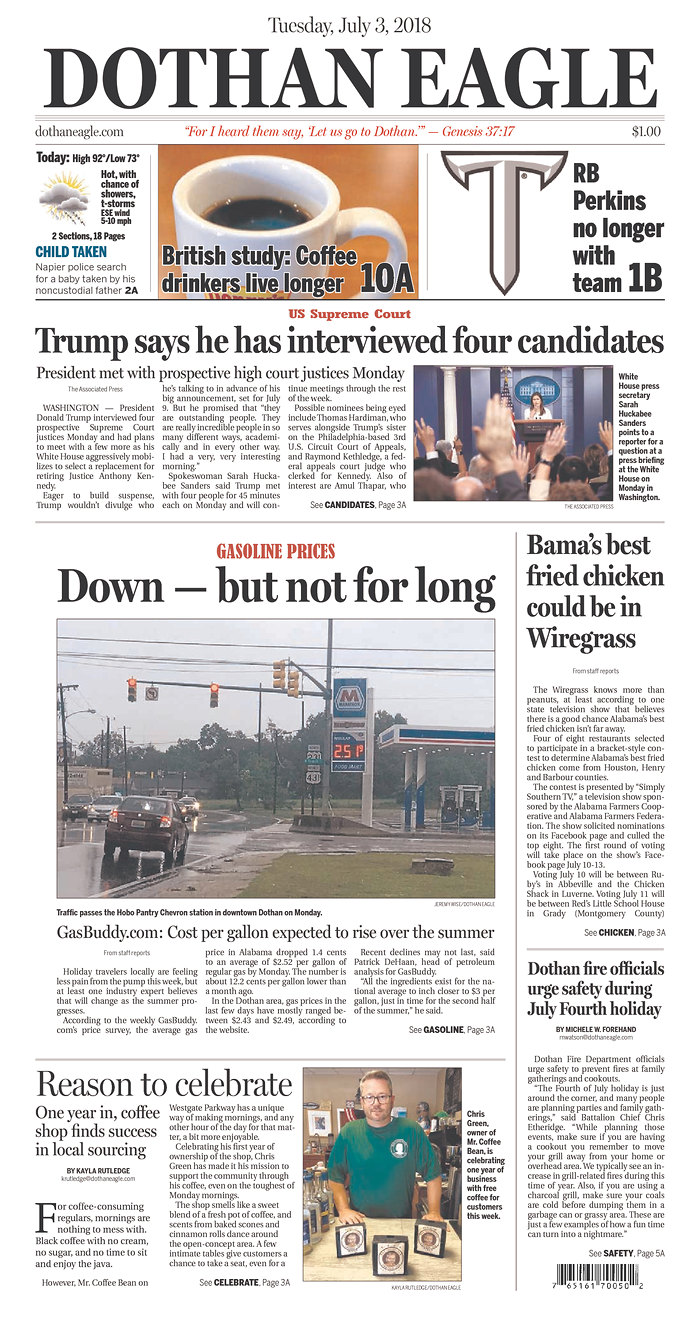 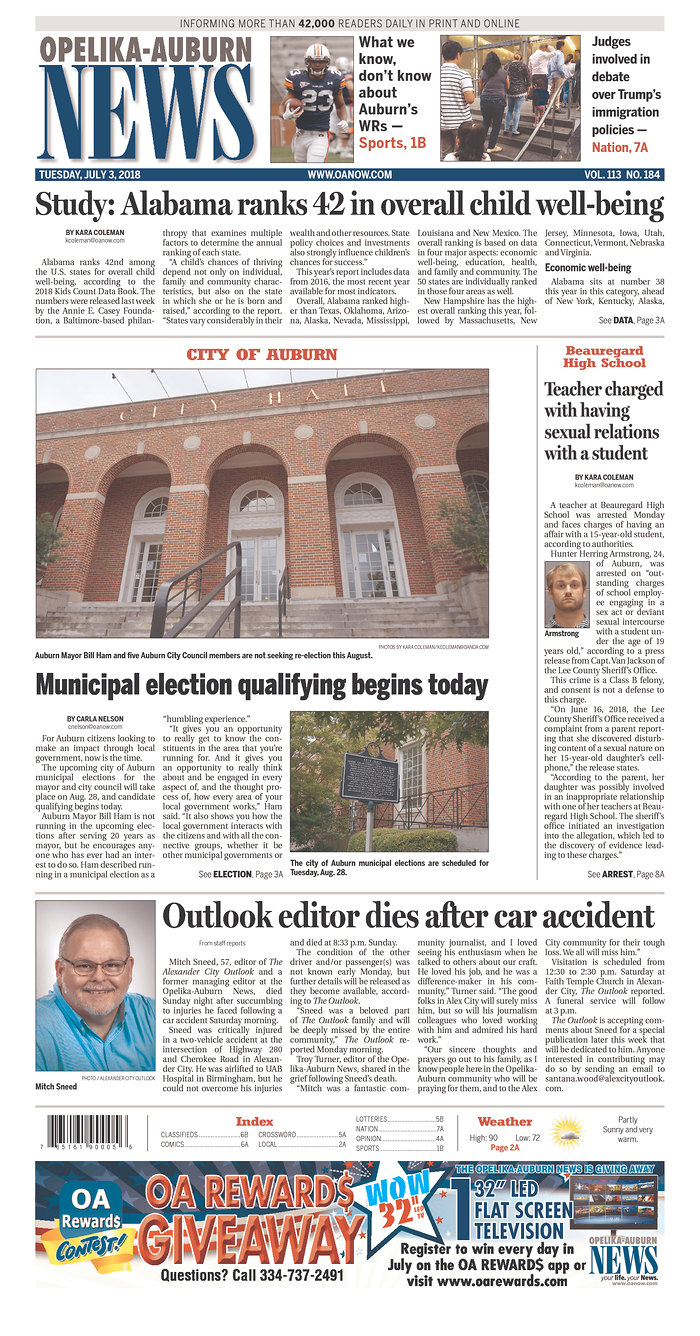 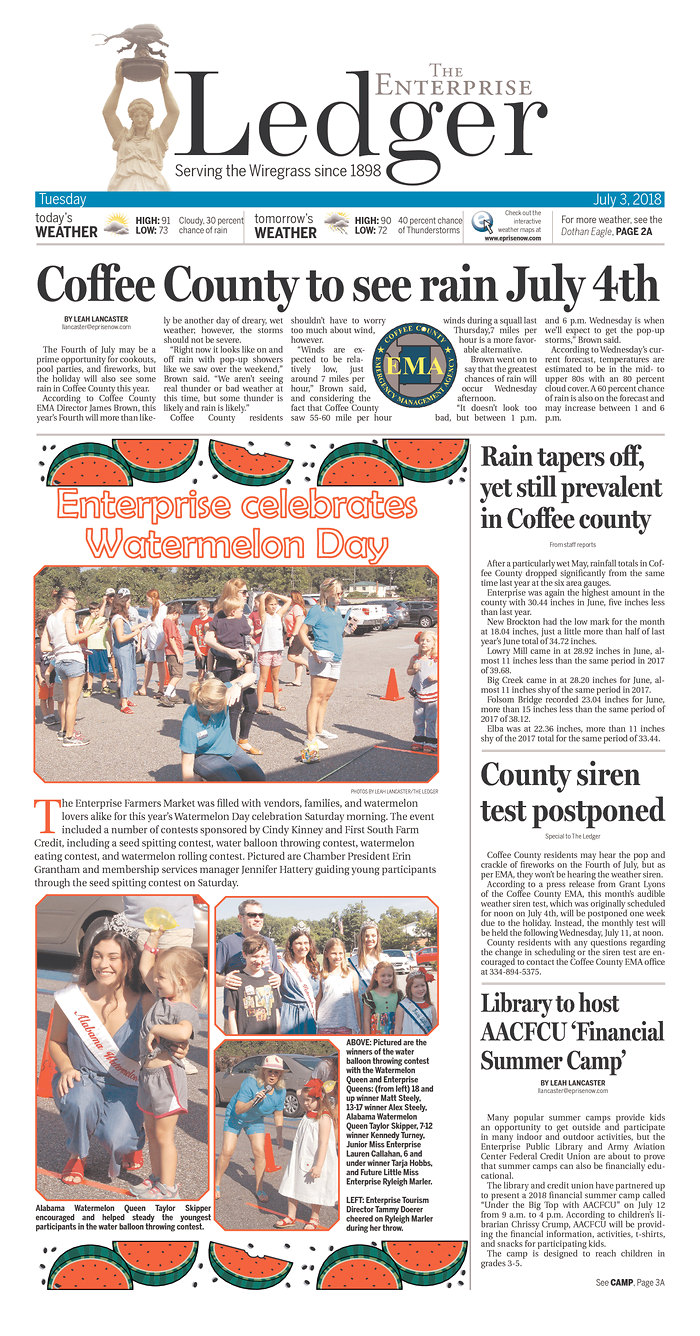