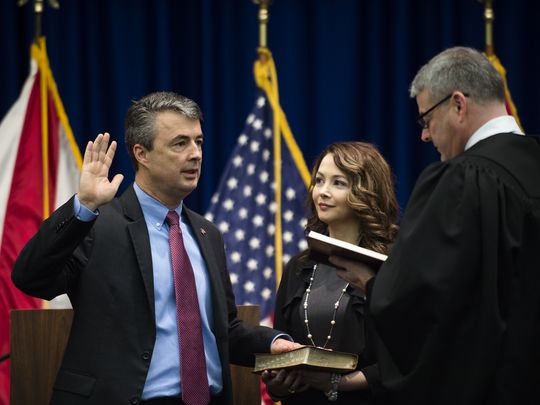 I don’t know what to say.

Here’s the statement from the AG’s office:

We are saddened to report that Bridgette Marshall, wife of Attorney General Steve Marshall, passed away this morning after a long struggle with mental illness.  Bridgette was a devoted and much beloved daughter, wife and mother.  We ask that the people of Alabama keep the Marshall family in their prayers during this most difficult time.

I can’t imagine what the family is going through. Marshall has a daughter, Faith, who is in college.

The family doesn’t need our speculation, curiosity or political analysis right now. They need our prayers, plain and simple.

2. What’s going on with Cliff Sims? 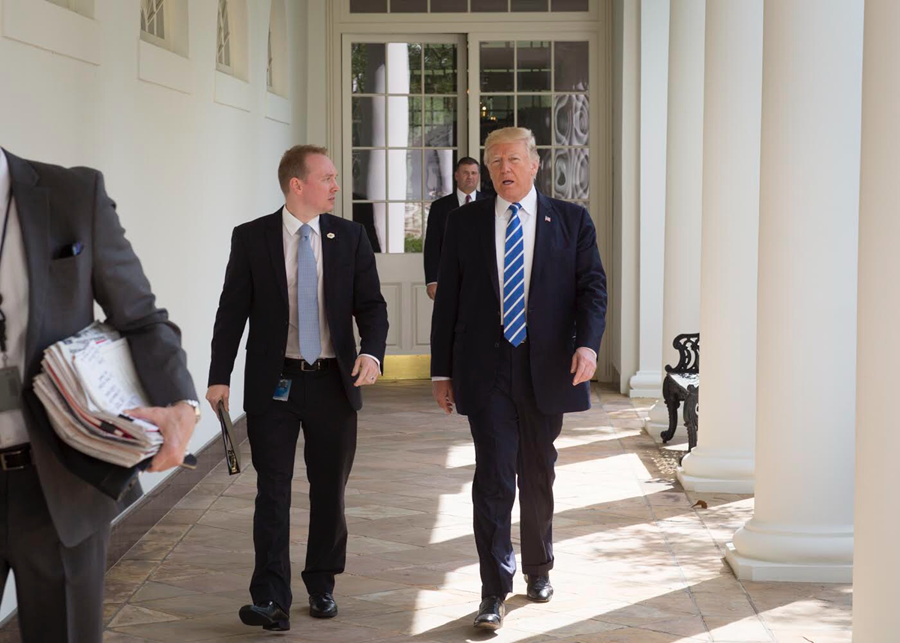 The story quoted sources saying Cliff was fired from his White House job, and did not resign to take a job at the State Department, as was reported last month.

I hate getting scooped on stuff like this, so I checked into it myself. I found out a few things…

1. Sims wasn’t fired. When I asked around to my own sources in and around the White House, I was shown documentation from the White House Office of Personnel Management that dispels that notion. Then, White House Press Secretary Sarah Sanders told me it wasn’t true. Here is her quote on the record:

2. Sims has made some powerful enemies during his time in Washington, one among them being White House Chief of Staff John Kelly. I’m told Kelly has bristled at Sims and others from the campaign having close relationships with the Trump family and the president himself. The Alabama football incident reported by Politico kind of illustrates this point (though Cliff told me at the time that he actually did follow protocol). But, just reading some of the quotes in the IAP article make it clear some in that world are really out to get him.

When I spoke to Cliff, he told me he couldn’t talk on the record about what’s next. He has not started at State and seems to be in a holding pattern there. But that’s a lot different than getting fired and completely blackballed from the Administration.

Look, we’re only as good as our sources. Read this whole thing online HERE. 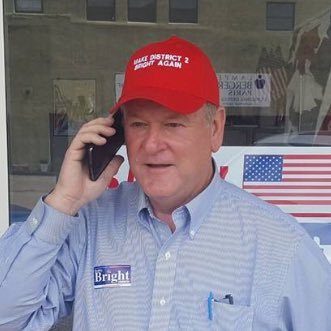 “It appears the D.C. powerbrokers have gotten to the President on this issue. It’s truly a swamp of insiders controlled by big money special interests, the same crowd who’s bankrolling Martha Roby’s campaign to the tune of over $1 million just this year. It’s a place where loyalty doesn’t exist…” (full statement HERE.)

Voters like Mrs. Lane-Overton, who attended Mr. Trump’s inauguration after Ms. Roby came up with tickets for her, are watching.

“If he gives the endorsement to her, I think Republicans would be crazy not to back her,” Mrs. Lane-Overton said. “If he says that he endorses her, there’s no doubt that he means it. He could just as easily slam her.”

4. Immigration not going away. 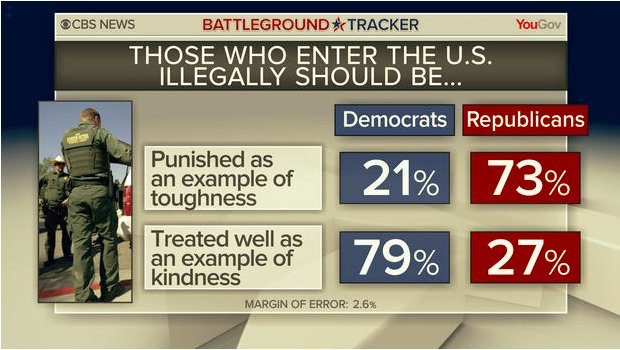 5. Better than House of Cards (or worse?)

ALABAMA DAILY NEWS – Alabama airman killed in WWII to be buried in Florida.

MONTGOMERY ADVERTISER – Montgomery Pride: We are here to stay.

LAGNIAPPE – Columnist Robert Holbert:  Show us a plan to get off the bottom.

DOTHAN EAGLE – Tax-free online shopping may be over — and that’s good for local economy.

ANNISTON STAR – Calhoun County men start nonprofit to give back to community.

AL.COM – Federal Judge William Acker Jr. remembered as ‘one of a kind’.

AL.COM – Deadline to register to vote in Alabama runoffs is July 2.

AL.COM – Why Alabama Republicans are ‘all in’ on pro-President Trump campaigning ahead of runoffs.

AL.COM – The week Down in Alabama: Can you bear the politics?

AL.COM – Contributor Frances Coleman:  We put a man on the moon, but we can’t figure out immigration?

AL.COM – Columnist John Archibald:  Time to decide: Who do you want to be, America? 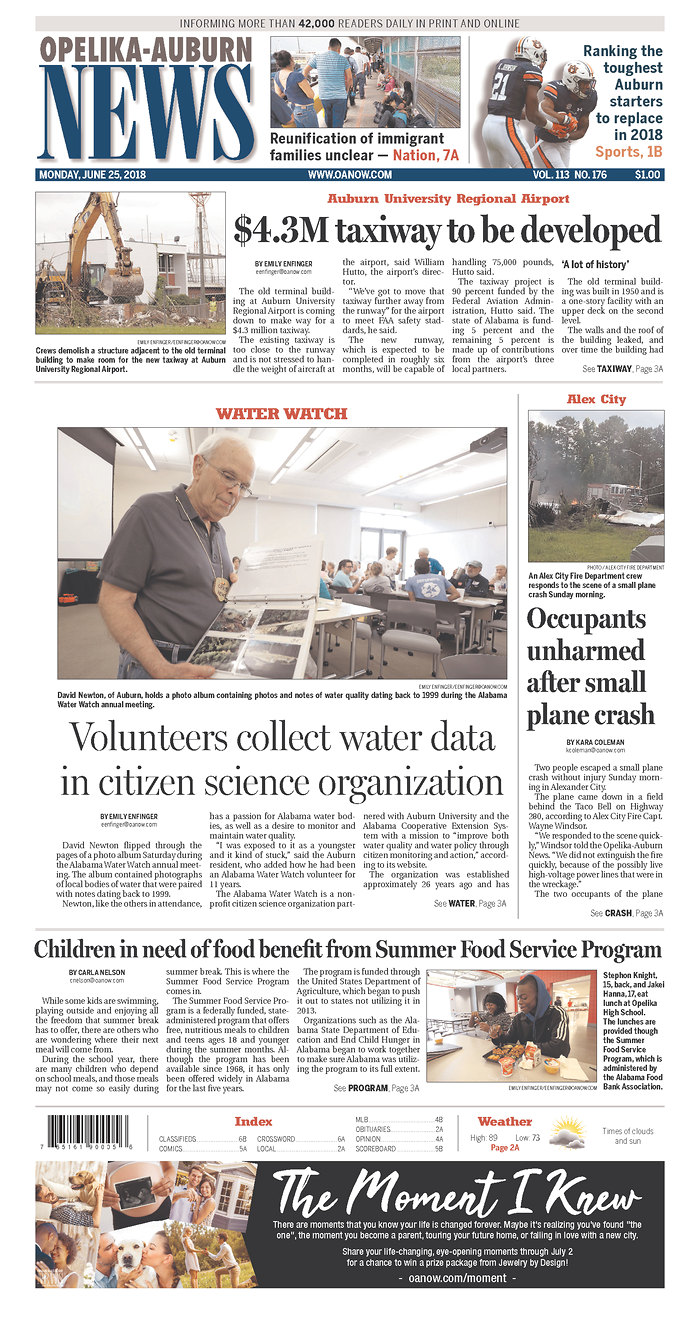