PRESENTED BY THE ALLIANCE FOR ALABAMA’S INFRASTRUCTURE

Good morning! Here is your Daily News for Wednesday, March 14.

The air campaign has begun. Candidates for statewide office have begun running ads on television and radio, marking an important milestone for campaigns that many voters hate and most political junkies love.

One important rule in broadcast advertising is that once you go up, you need to stay up. In other words, you don’t want to risk running out of money and not have ads airing leading up to election day.

So, when to start using your resources and make that first ad buy can be a little tricky. It looks like campaigns are starting to pull the trigger.

A MESSAGE FROM THE ALLIANCE FOR ALABAMA’S INFRASTRUCTURE

3. Keep your head on a swivel: Broadband, school safety are issues to watch

4. What else is going on

MONTGOMERY ADVERTISER – Long list of artists and activists to be in Montgomery for lynching memorial’s opening weekend.

MONTGOMERY ADVERTISER – Alabama budgets advance, one more quickly than the other.

AL.COM – In Mobile, ‘transformative’ effort could move airport from suburbs to downtown.

WASHINGTON POST – Pennsylvania vote shows that Trumpism has its limits — even in Trump country.

WASHINGTON POST – ‘It was a different mind-set’: How Trump soured on Tillerson as his top diplomat.

WASHINGTON POST – What legal rights do students really have to protest during the school day? 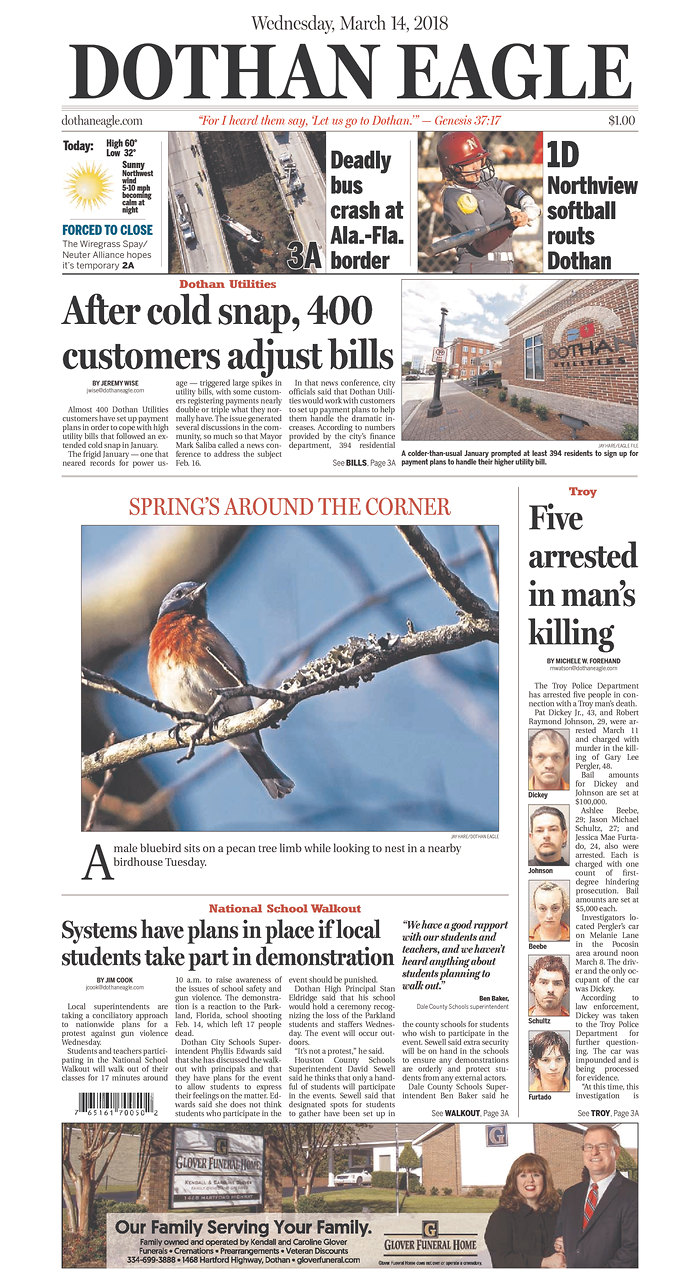 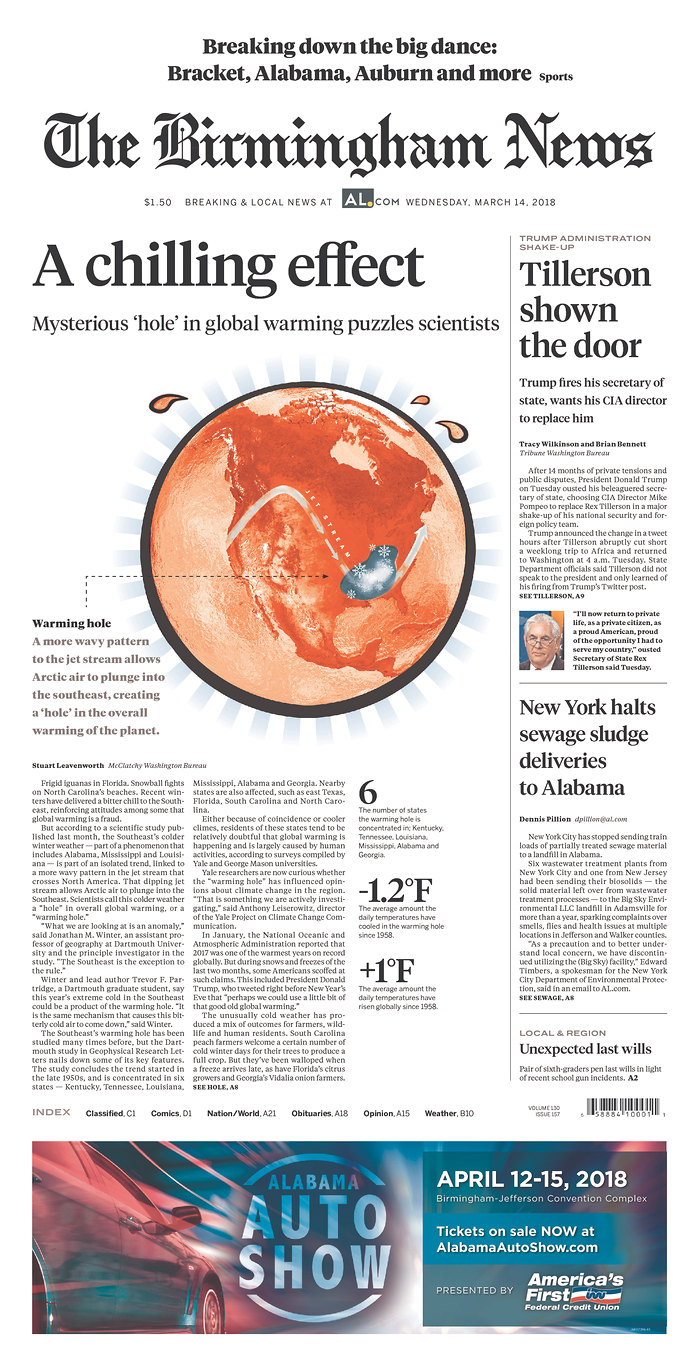 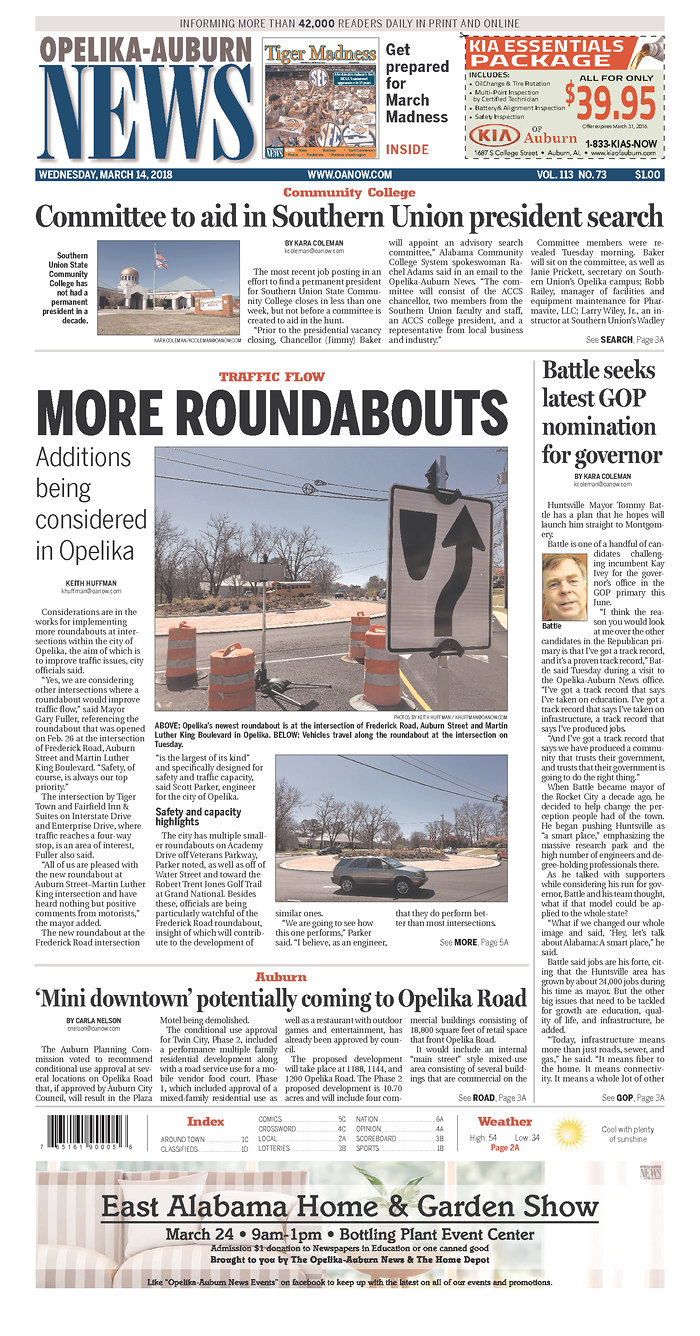 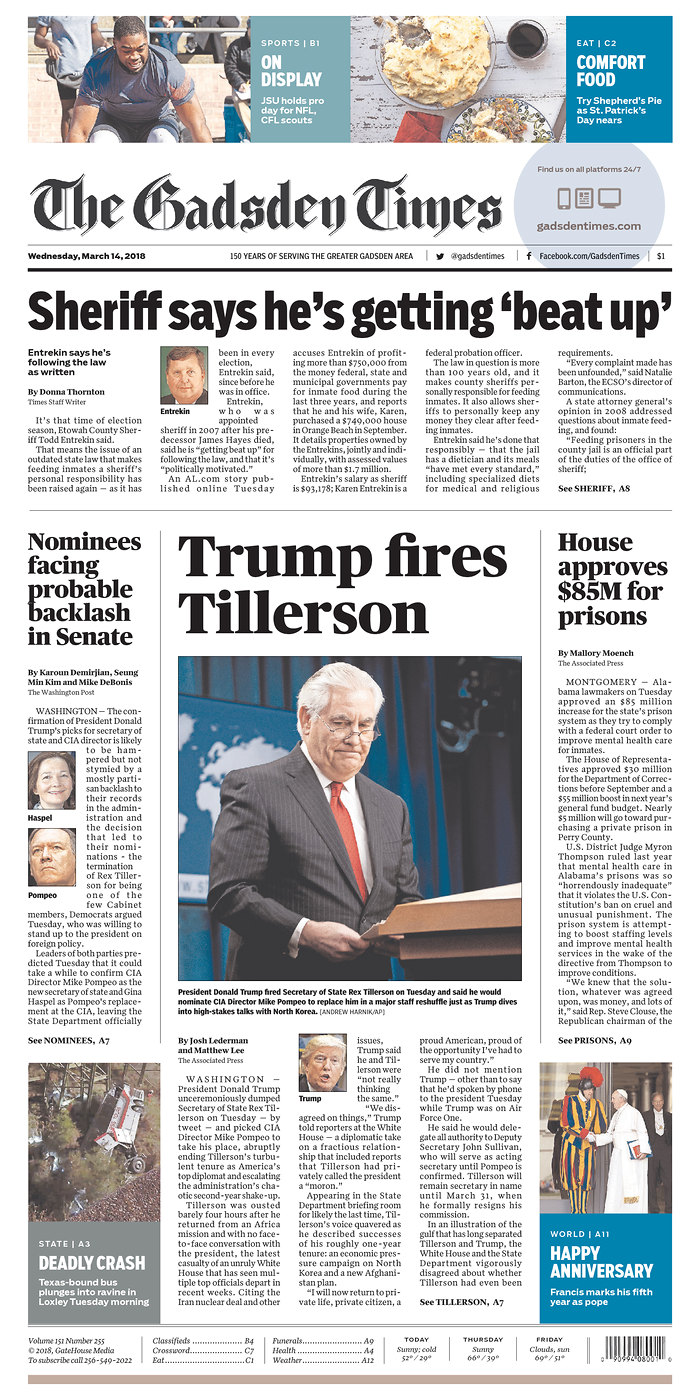 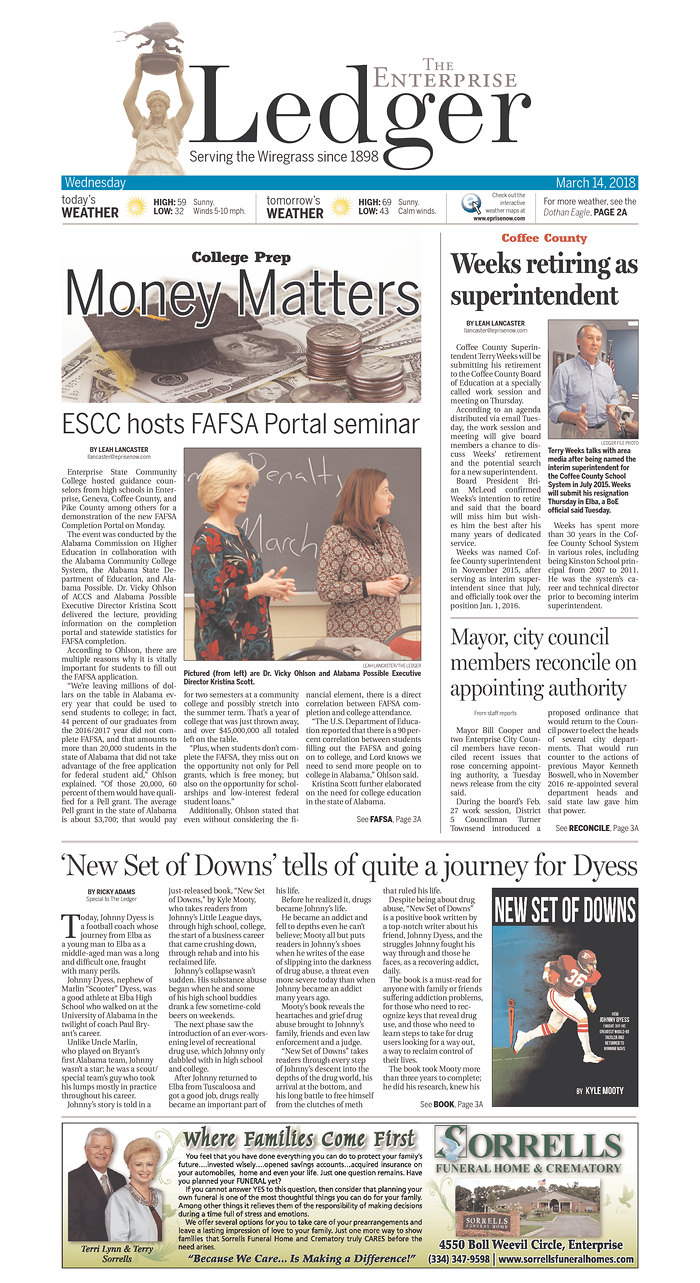