Good morning! It’s Wednesday, March 28, and this is your Daily News.

2. Where we stand: last day of session?

President Donald Trump is seeing some of his highest approval ratings since taking office.

An Associated Press poll showed Trump’s job approval among all Americans at 42 percent and a CNN poll showed it at 44 percent – both high water marks.

“Nearly half of Americans surveyed — 47 percent — say they approve of how Trump is handling the economy, his highest rating on any issue.” 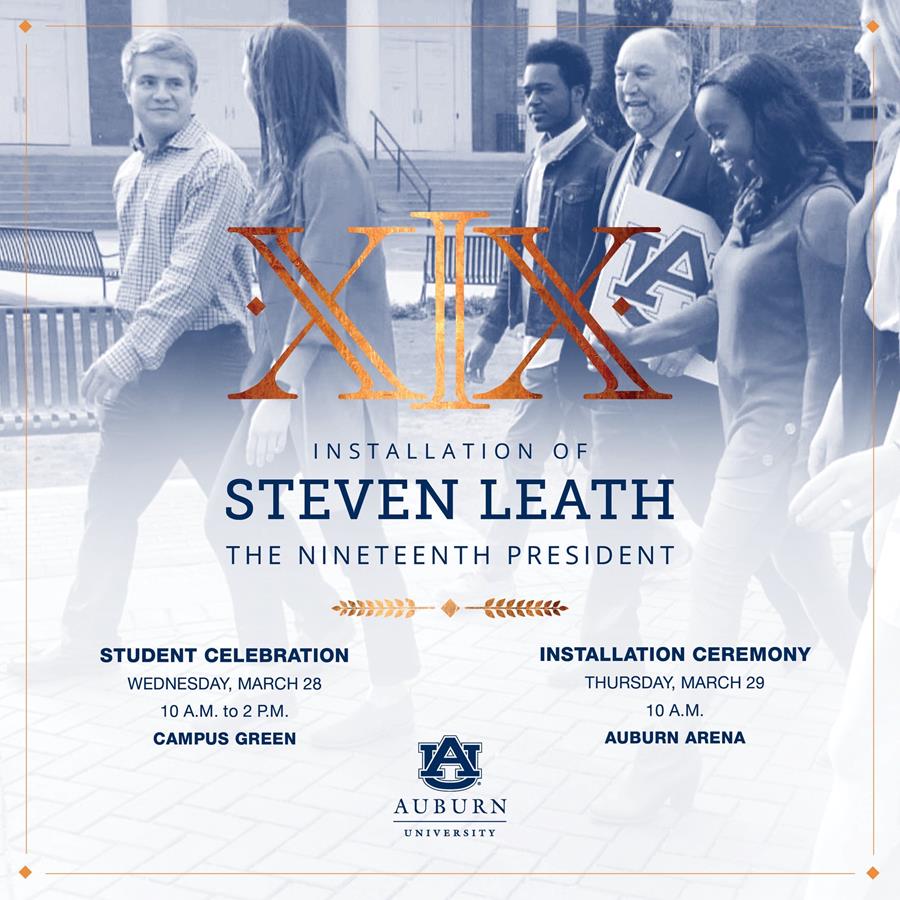 Auburn University is installing new President Steven Leath this week in special ceremonies for students and the greater university community.

This is much more than a changing of the guard for Auburn. The university is marking this transition as an opportunity to reclaim and recommit to its core missions of research, instruction, and extension.

In this new era of leadership, Auburn plans to:

Check out the special website and cool video dedicated to the installation HERE.

ANNISTON STAR – Prepare for the sliming of Parkland student protesters. 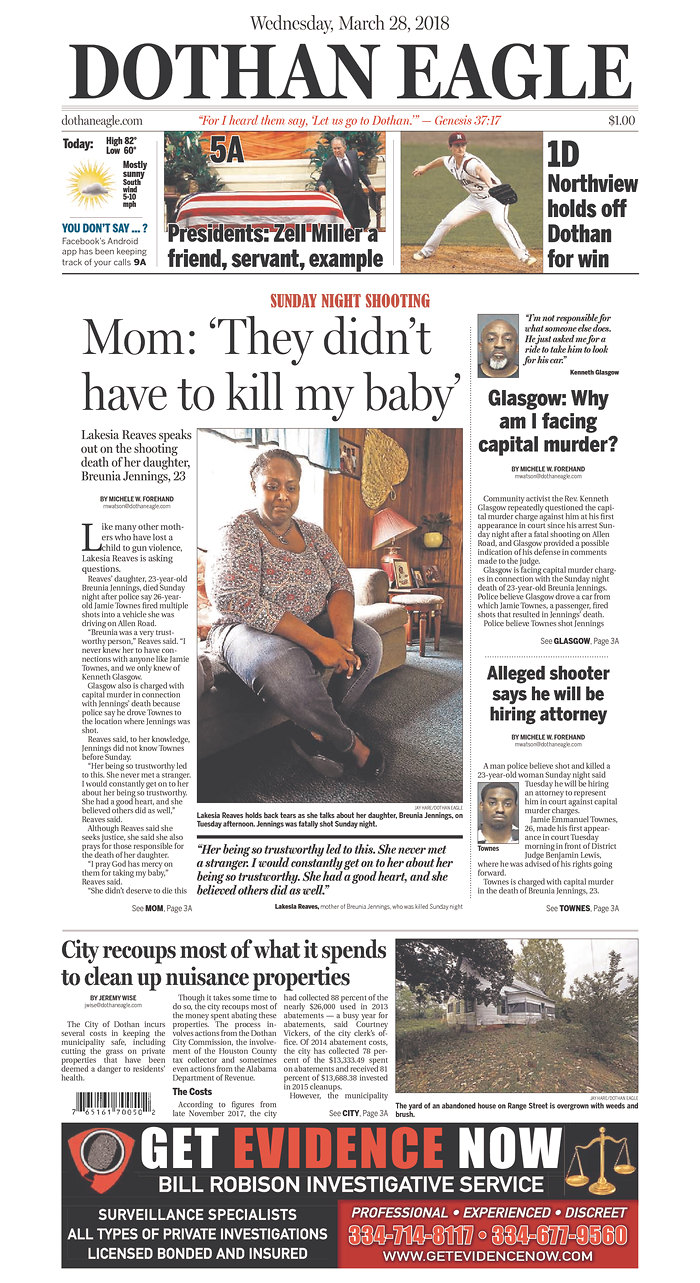 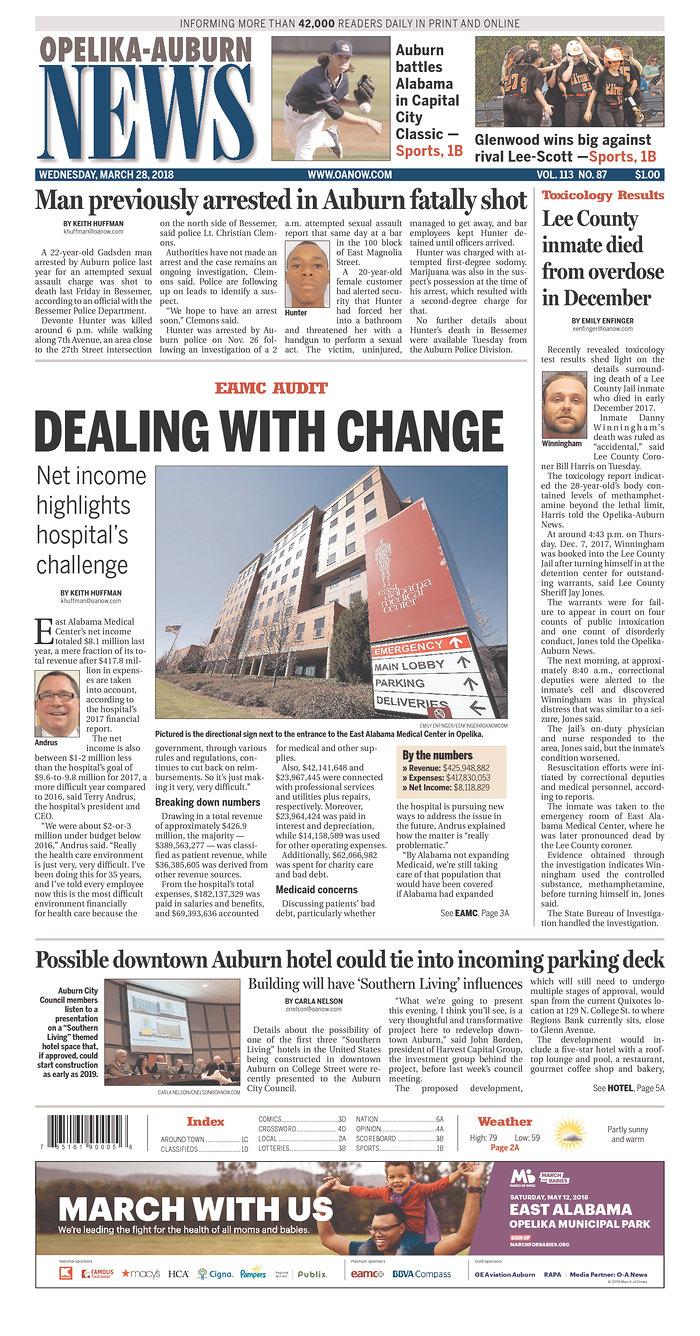 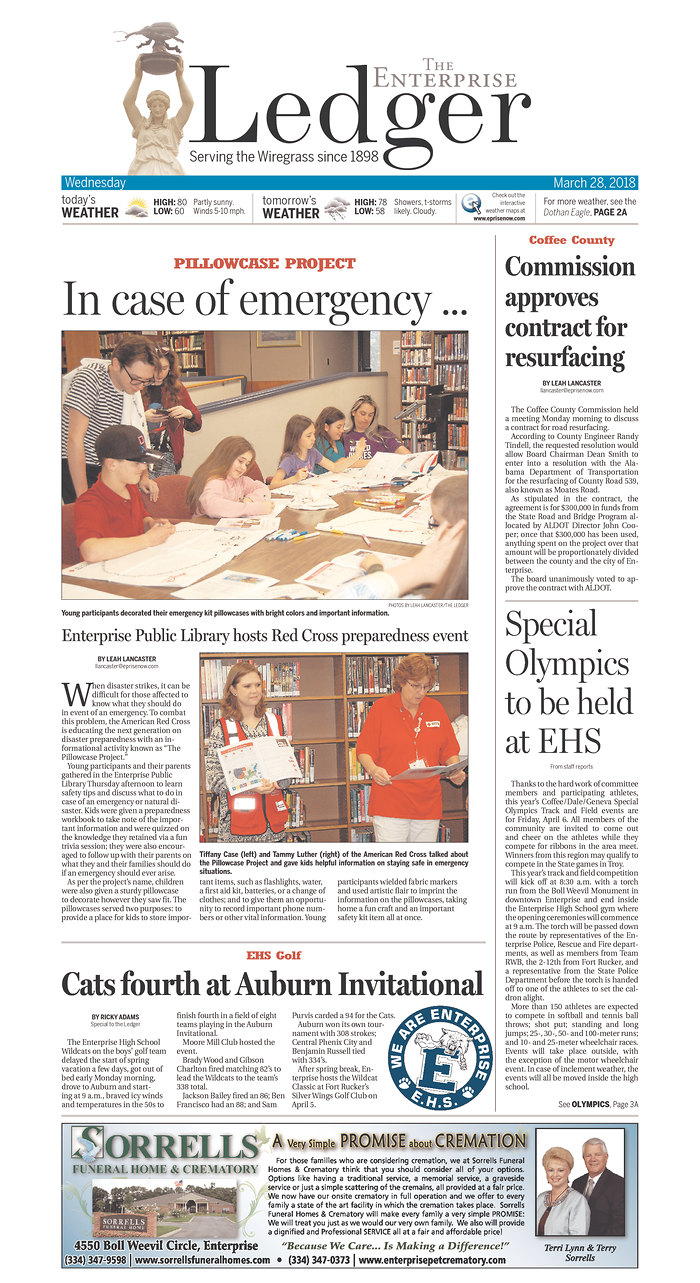 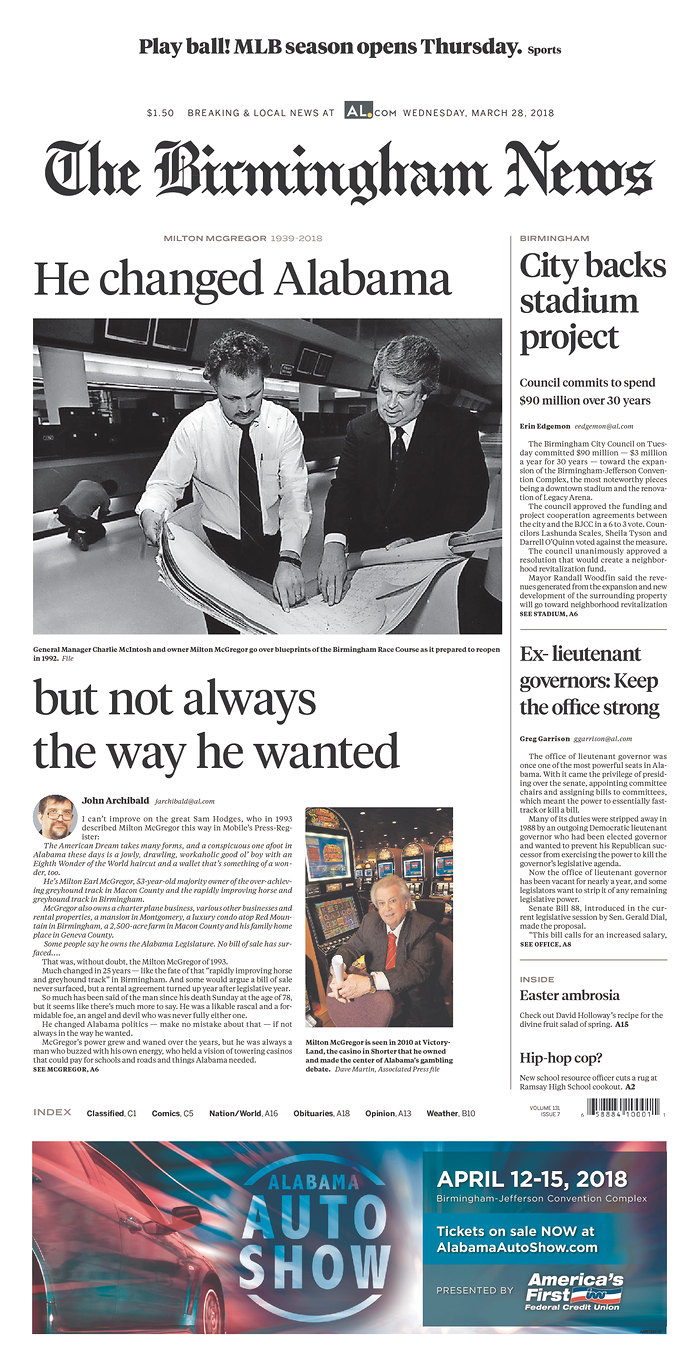 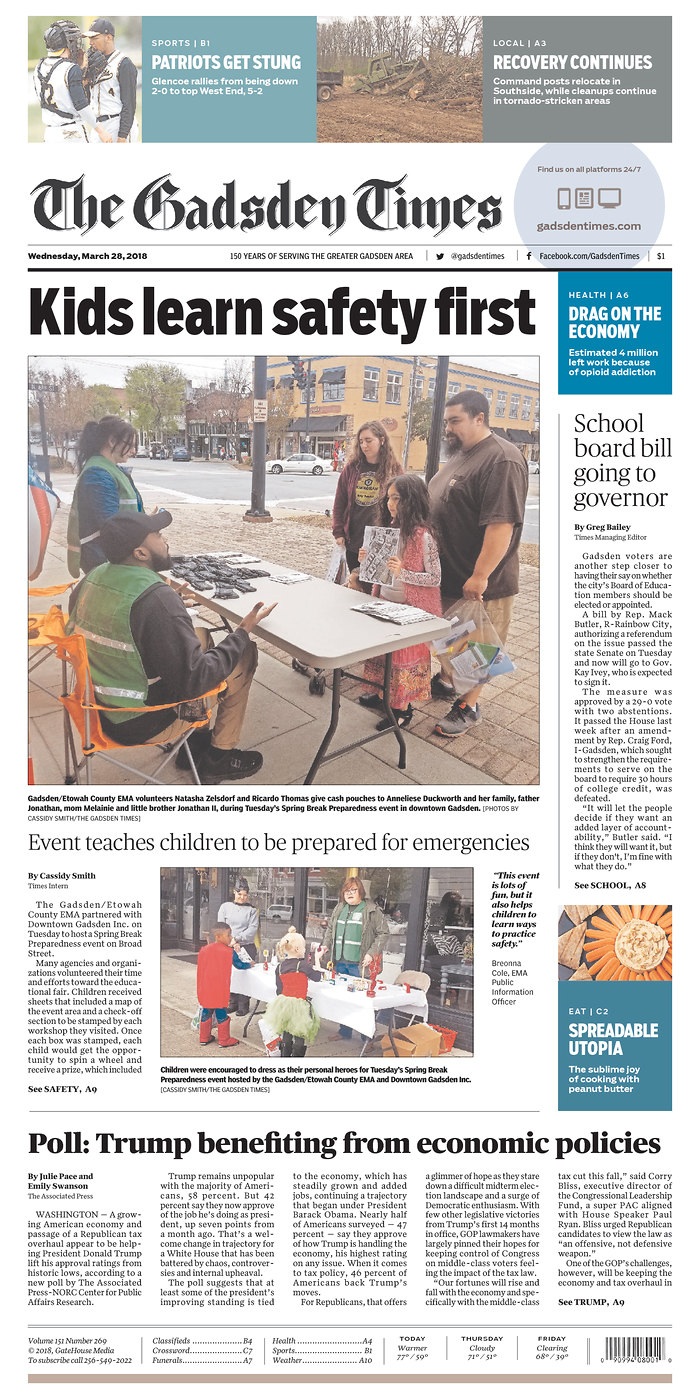