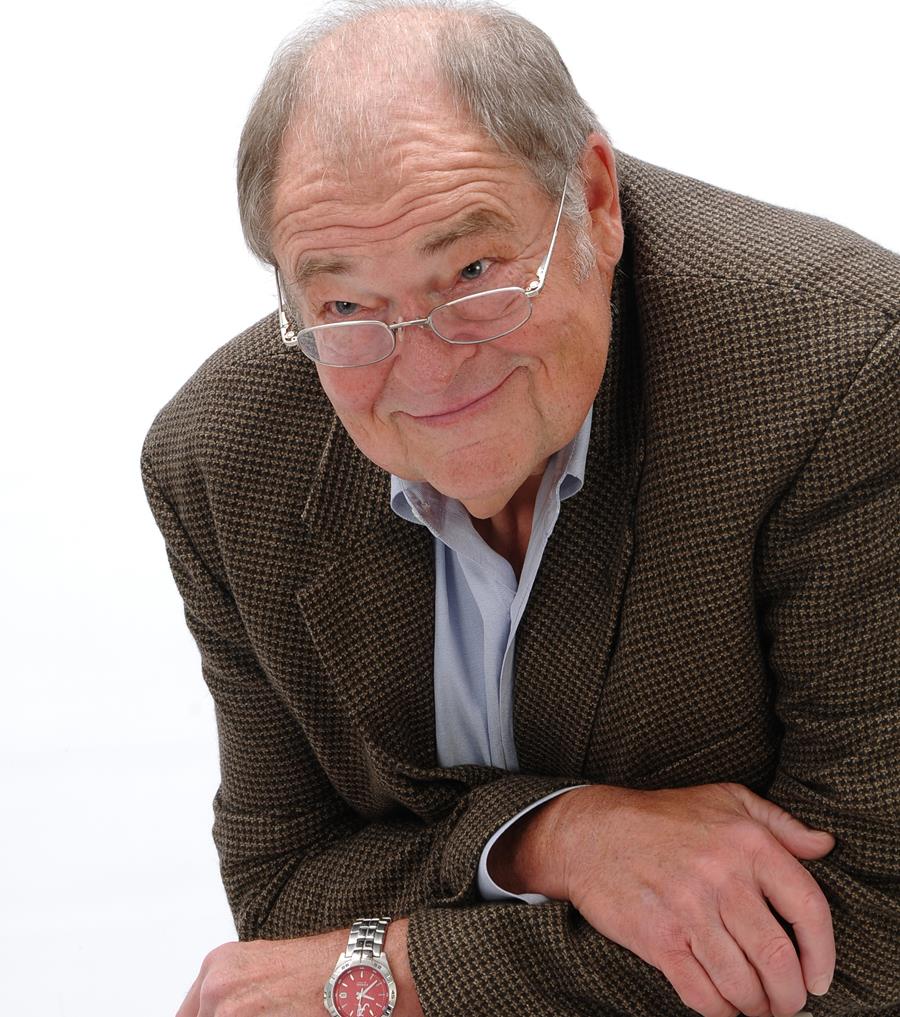 ALABAMA DAILY NEWS – Auburn’s Brown, Wiley and Harper are returning for next season.

AL.COM – Columnist Cameron Smith:  Reasons to vote for and against each GOP gubernatorial candidate.

AL.COM – GOP primary: 6 up for 2 Alabama Board of Education seats.

WASHINGTON POST – The four GOP-held seats that could decide control of the Senate.

NEW YORK TIMES – Contributor Roxanne Gay:  ‘Roseanne’ Is Gone, but the Culture That Gave Her a Show Isn’t 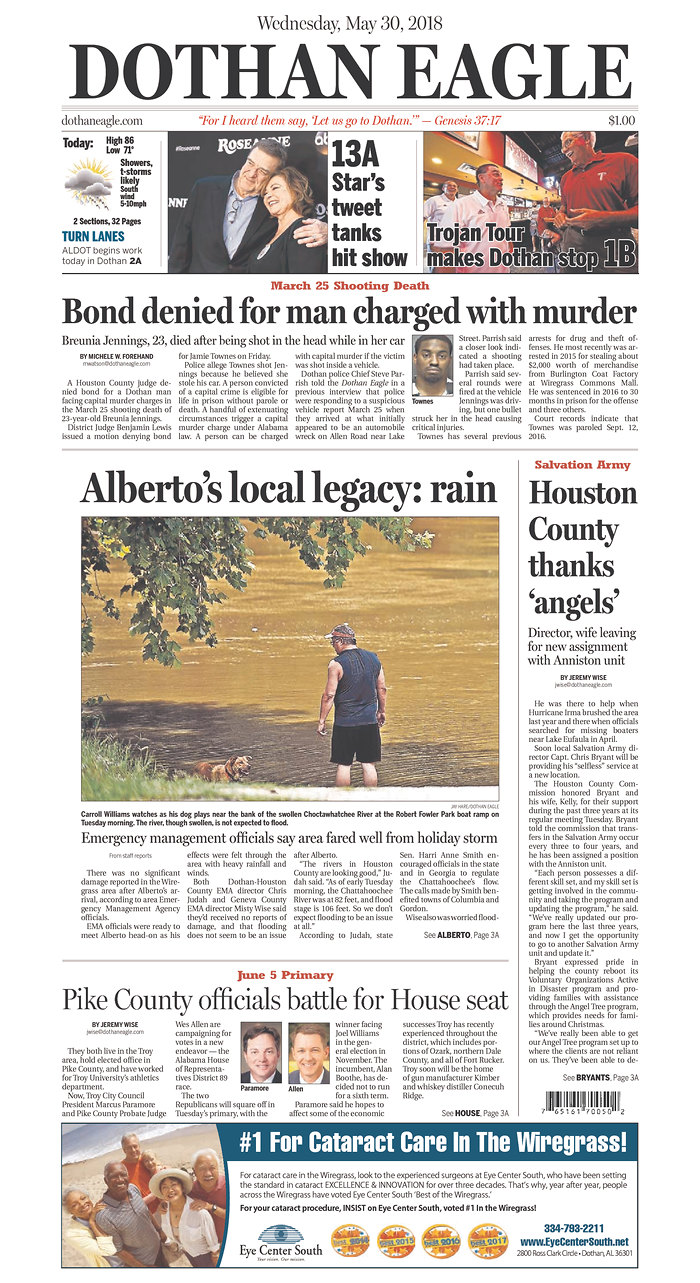 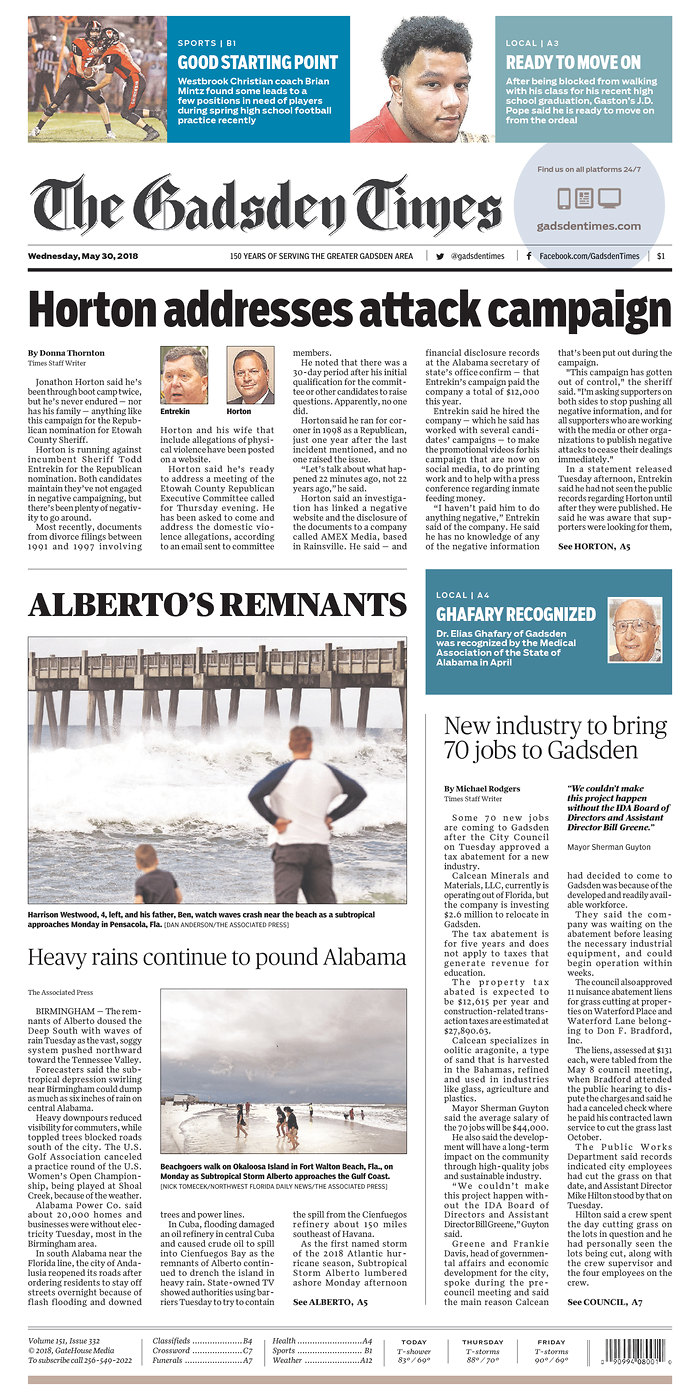 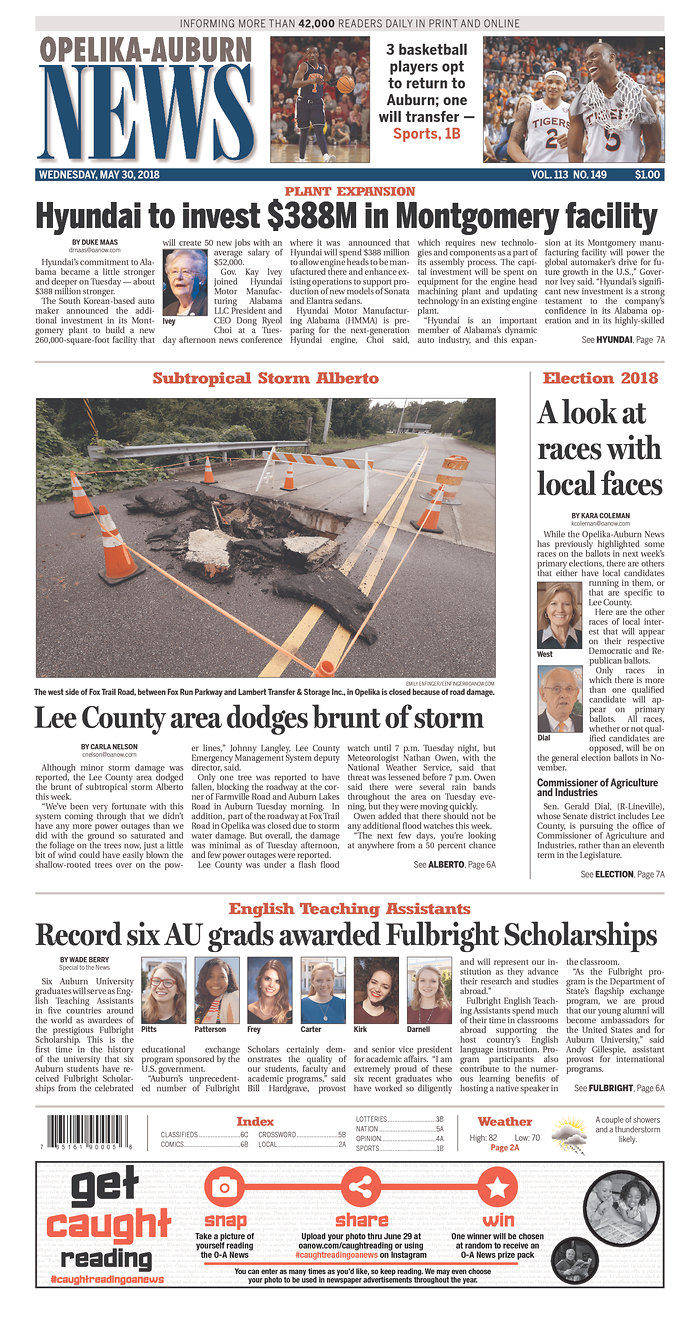 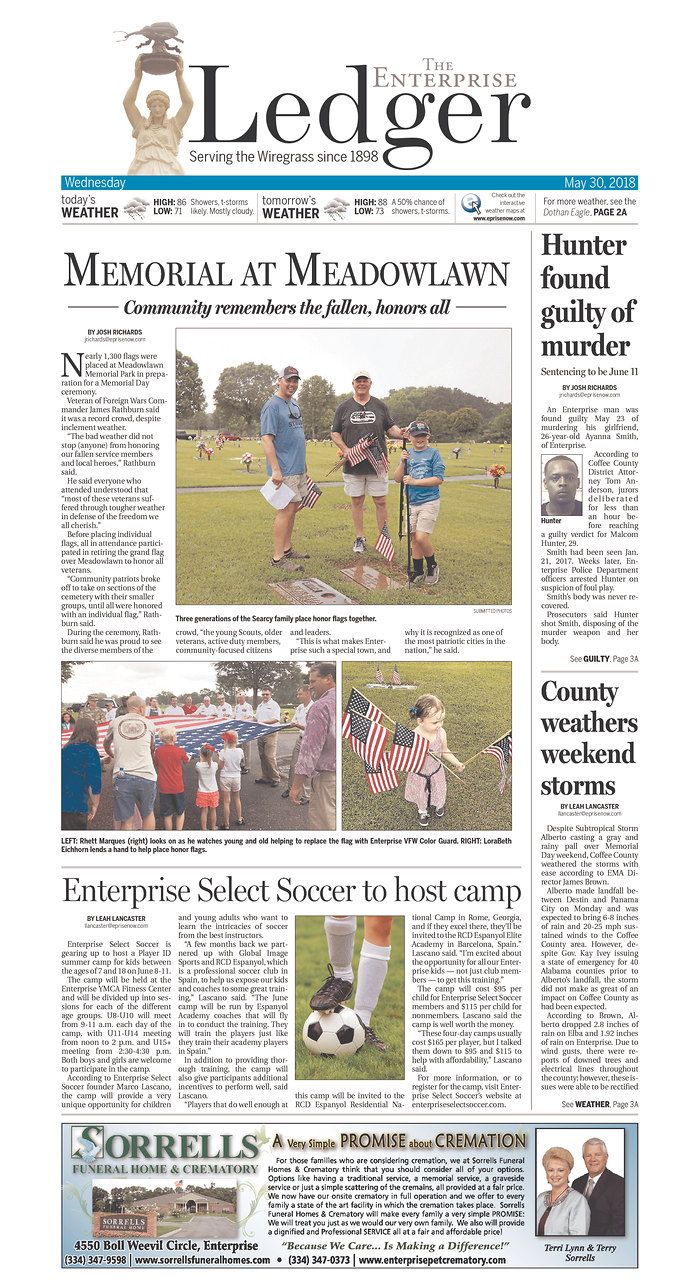