Good morning! This is your Daily News for Friday, March 23.

3. What else happened at the State House?

Bills going to the Governor

Congress passed a $1.3 trillion appropriations plan Thursday. Most expected President Trump to sign the bill, but this morning he issued a veto threat over his displeasure with the lack of DACA-for-wall deal.

Reps. Mo Brooks and Gary Palmer voted no, citing concerns over too much spending.

The bill contains the largest increase in military spending in 15 years. In total, $654.3 billion will be spent on national defense, and military personnel will get their largest pay raise in eight years.

Specific to Alabama, the bill contained key funding for defense programs throughout the state

AL.COM – Tax for stadium, renovations at BJCC signed into law.

AL.COM – Bill would let schools use technology funds for security.

TUSCALOOSA NEWS – When racism surfaces, a response is required.

WASHINGTON POST – China threatens to raise tariffs on about $3 billion of U.S. imports. 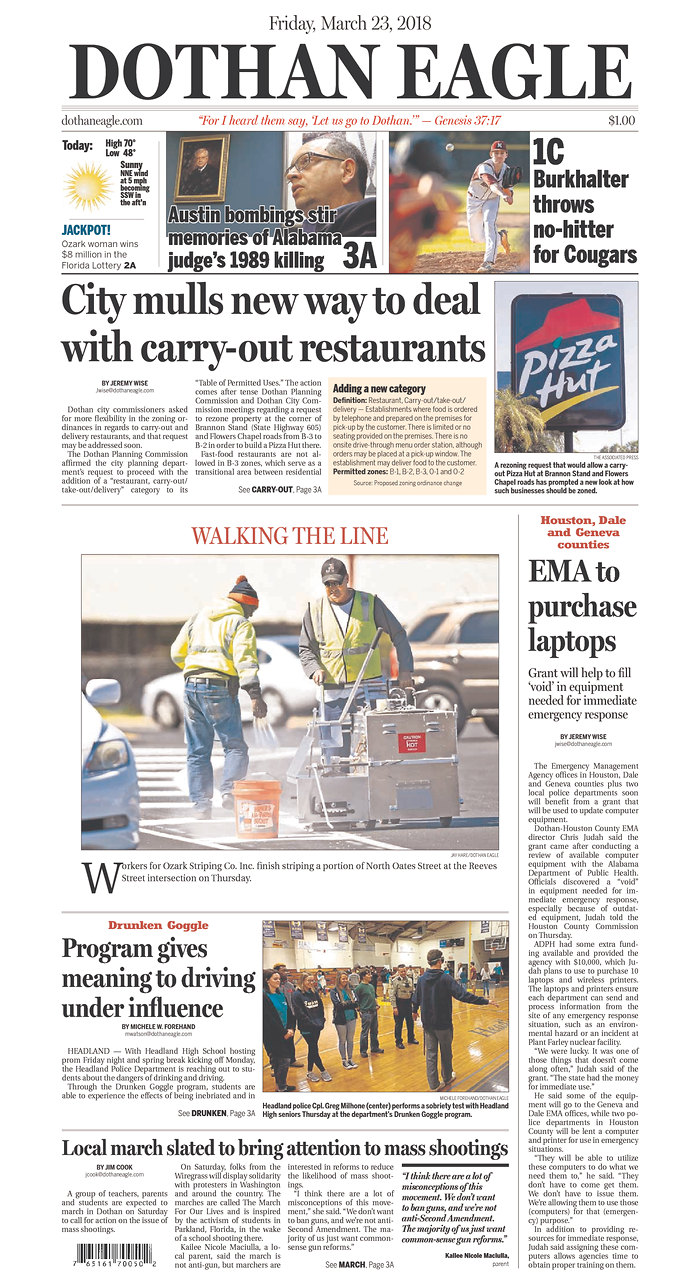 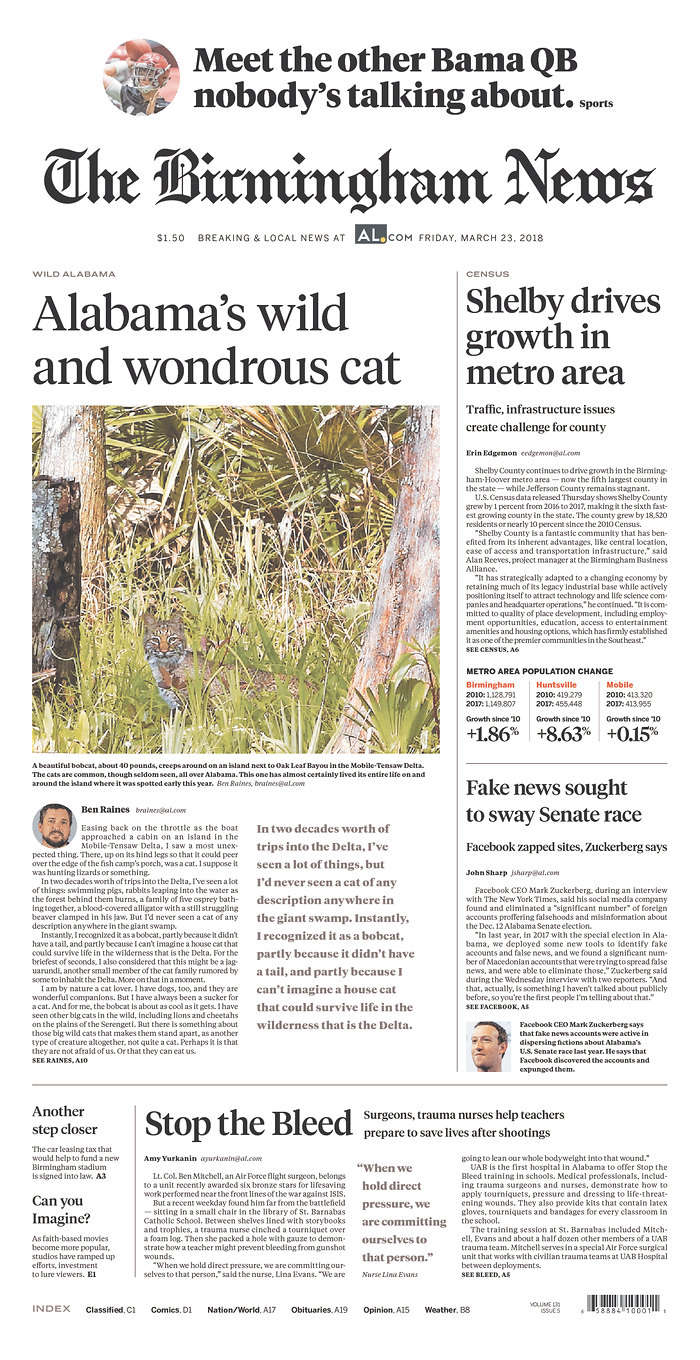 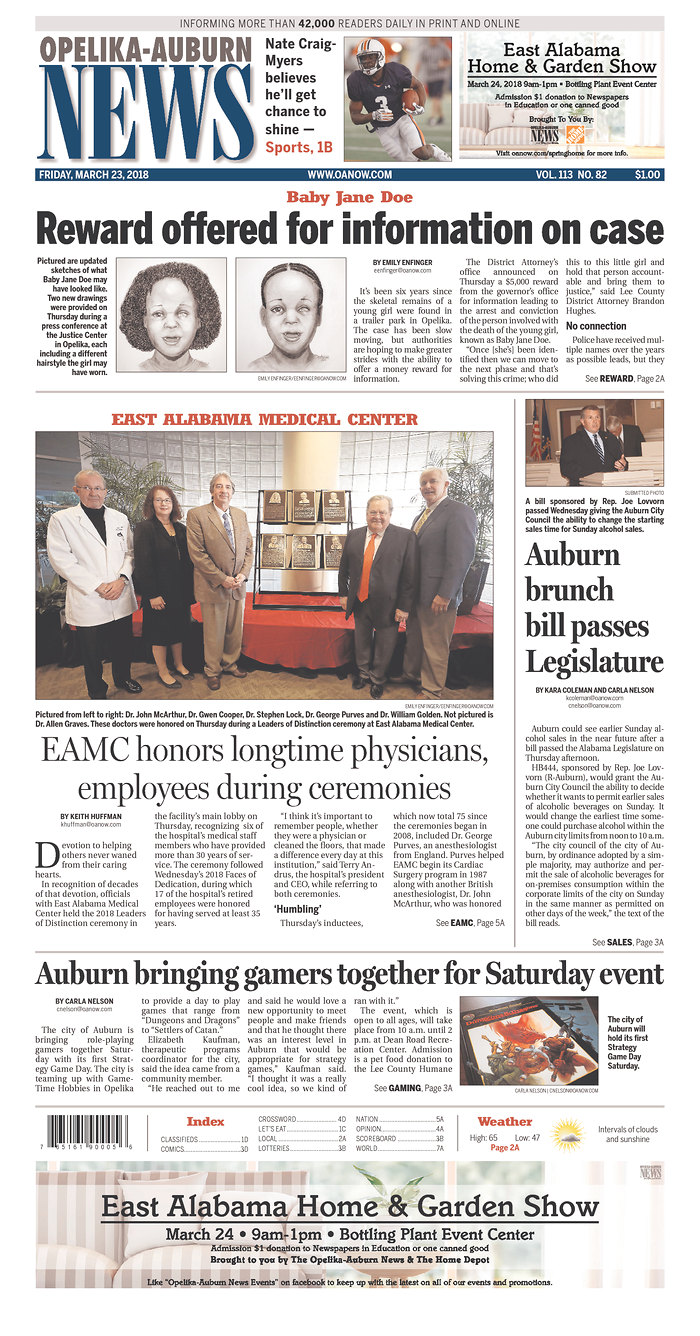 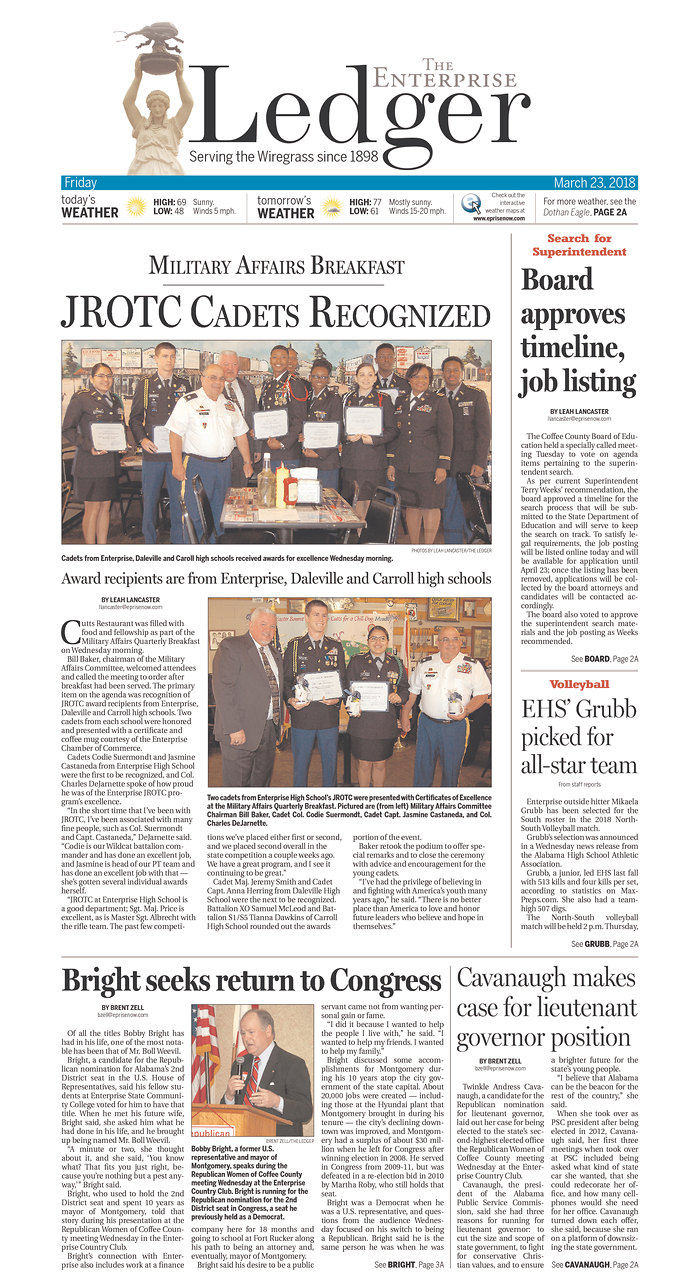 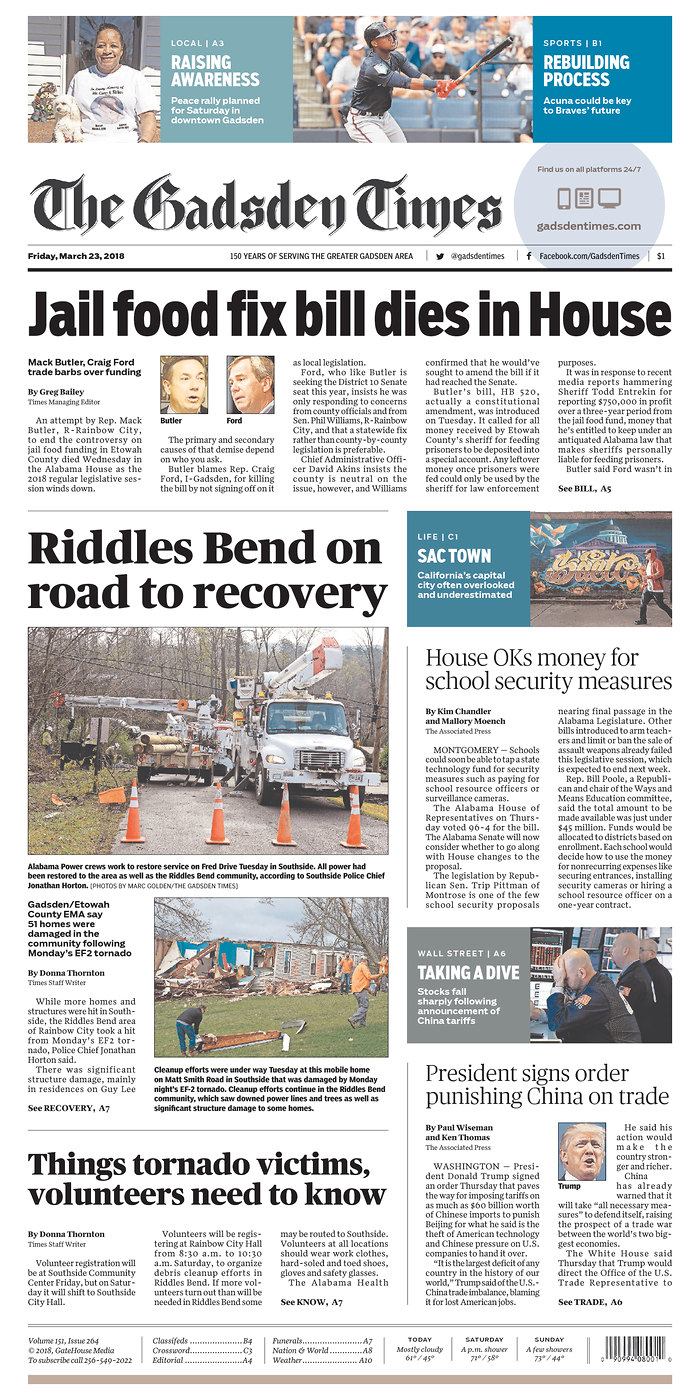