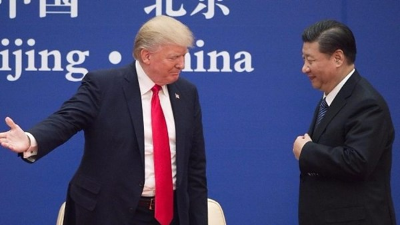 Many – including me – have been critical of Trump’s trade moves because they seemed to lack rhyme or reason.

Also, when it comes to China, many believed it is impossible to win a trade war with a regime that owns so much of the economy and is willing to dump endless resources into it.

New evidence shows the Chinese economy slipping as ours surges: their Yuan currency is weakening toward our Dollar, the Shanghai stock market is at a two year low, and their debt-to-growth ratio is “alarming.”

In other words, Trump’s tariffs may have hit China at just the right time and exposed some of their vulnerabilities. And it looks like President Trump is doubling down on the strategy and increasing tariffs to 25 percent.

Sure, China still holds a lot of cards – like being able to shut down the technology sector if they want to.

But a debt and currency crisis in China might put us in a really strong negotiating position when its time to talk trade. We just have to figure out what it is that we want.

Also, we don’t actually want the Chinese economy to crash because that would hurt us, too.

Also read Donald Luskin’s analysis in the Wall Street Journal HERE(he likens the trade war to a drinking contest in which you are hurting yourself but hoping the other guy is hurt worse and gives up).

Perry O. Hooper has been making similar arguments in favor of the Trump tariffs, and you can read his full thoughts HERE.