ORANGE BEACH, Ala. (AP) — As millions of gallons of crude oil spewed into the blue water of the Gulf of Mexico from a blown-out BP well in 2010, coastal residents wondered whether their home would ever be the same. A decade later, it’s not: The Deepwater Horizon disaster changed the five-state region dramatically, with a flood of post-spill spending and memories of the catastrophe altering landscapes and attitudes along bayous and beaches.

Not only have many cities and economies bounced back, they’re seeing new life and business in ways unforeseen during what locals call the “summer of oil.”

The spill that began April 20, 2010, killed 11 workers on an oil platform and marred miles of coastline from Texas to Florida. Money to corral the oil, clean estuaries and prop up economies began flowing shortly after the disaster, though much of it came from the 2016 approval of a $20.8 billion settlement that dictated payments by BP through 2031. 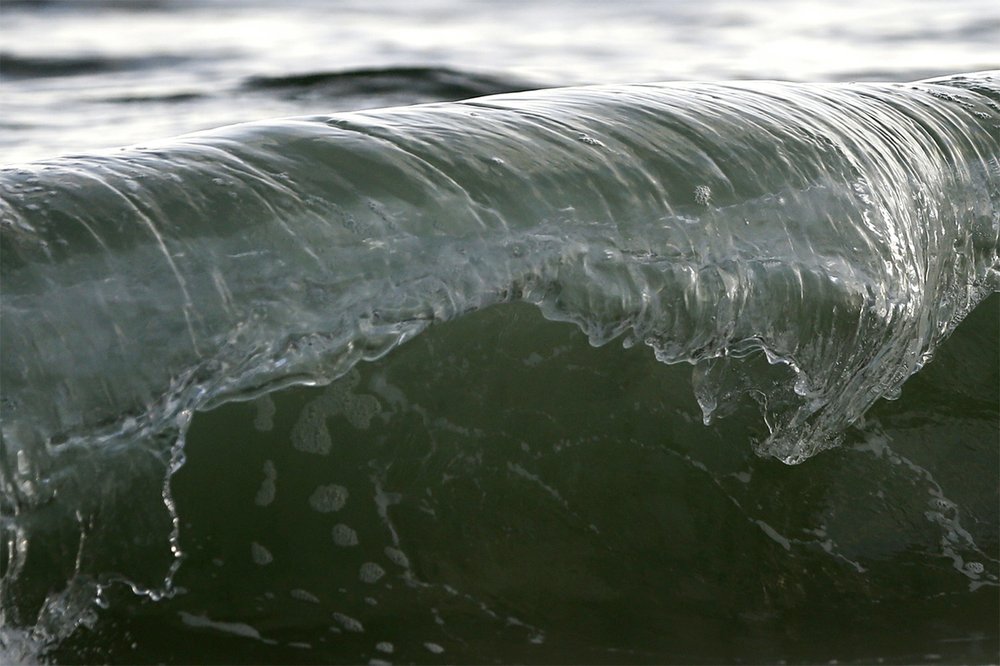 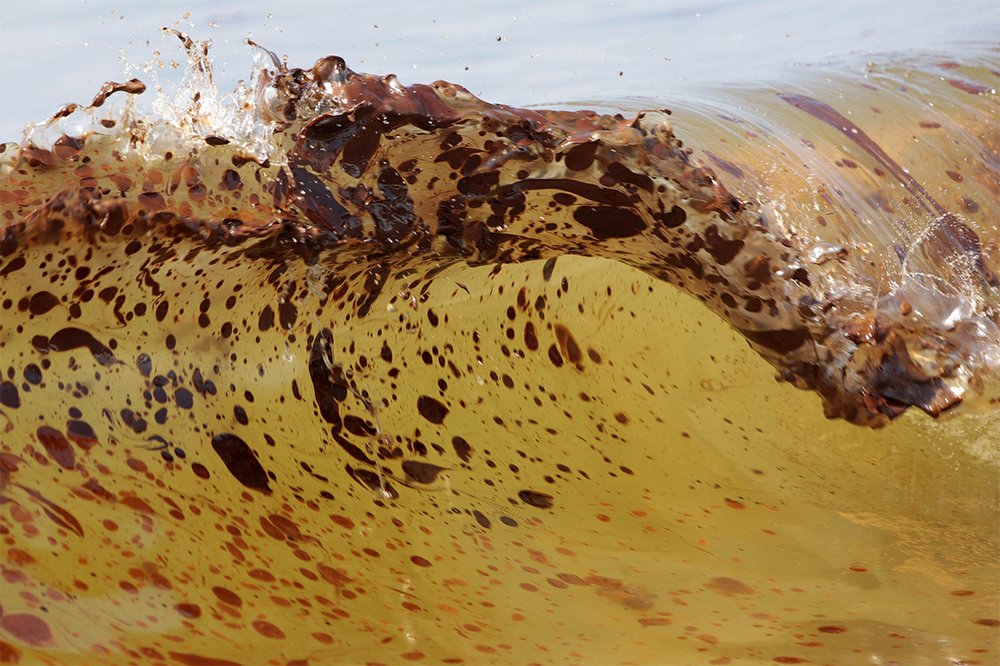 There’s a complicated web to follow the money. Different amounts are allocated to categories, including ecological restoration, job creation, infrastructure and planning. Each state handles its own projects. There’s no single list of all BP-funded projects because states and local governments control different piles of cash.

Use of the money has brought some controversy. Environmentalists sued over some payments; some states have been criticized for putting their share toward business needs over environmental projects.

But this much is clear: From a baseball stadium and beaches, to roads and a seashore ferry, with island and coastal restoration sprinkled throughout, life along the Gulf Coast is forever changed.

In Mississippi, $15 million partially funded a 6,076-seat stadium that lured a minor-league baseball team to Biloxi. The Shuckers came from Huntsville, Alabama — 415 miles (667.88 kilometers) away — providing an entertainment alternative to casinos, though Mississippi was widely questioned for funding a sports venue rather than environmental repair or something with year-round impact.

Now, families spread out across the park’s blue seats while gamblers play the odds nearby at Beau Rivage Resort and Casino. Concessions include coastal favorites such as shrimp and grilled oysters. A youth clinic last year drew dozens of kids who took the field with pros.

The hotel and conference center is on the site of an old state park lodge destroyed by Hurricane Katrina five years before the spill. Alabama used about $65 million in settlement money to construct the hotel and improve the surrounding beachfront state park, with miles of new trails.

The additions helped boost tourism spending by more than 70% to $15.6 billion in 2018, which helped restaurants, stores, water parks and golf courses stay full.

But the project officials touted as Alabama tourism’s “crown jewel” hit plenty of bumps before its 2018 opening. Environmentalists sued Alabama and said it illegally used money meant to restore natural resources. That resulted in a 2017 settlement providing millions of dollars for the public access, recreation and natural resource protection besides the hotel.

Just a couple miles away in Orange Beach, tourists returned after the oil stopped. Tractors and equipment now used to groom beaches were purchased with BP money soon after the spill. So was the metal building where lifeguard stands and other equipment is stored.

BP money is helping widen a main road. Tourists using a parking lot near a beach probably don’t know it was paved for temporary storage of spill-response equipment in 2010. The town even has leftover, unused cloth barriers like those that sopped up oil around bays and estuaries.

“There was an unprecedented amount of money that flowed because of that spill,” said Phillip West, who oversees coastal management for Orange Beach, which got more than $10 million in spill money.

Just over the state line in Pensacola, Florida, two 150-passenger ferries purchased with $4 million in BP funding now shuttle folks to Gulf Islands National Seashore. There, another $10.9 million from the settlement was used to remove 720 dumpster loads of asphalt from roads torn up by hurricanes Ivan and Katrina. Just before the coronavirus pandemic forced a shutdown, people boarded the ferry “Turtle Runner” for miles of pristine beaches for sunbathing and fishing.

The seashore has a history of sporadic closings because storms often wash out the main road. Ferries could help by providing water access after the next big blow, Park Superintendent Dan Brown said.

“The community has wanted ferry service in the bay for many decades,” he said. 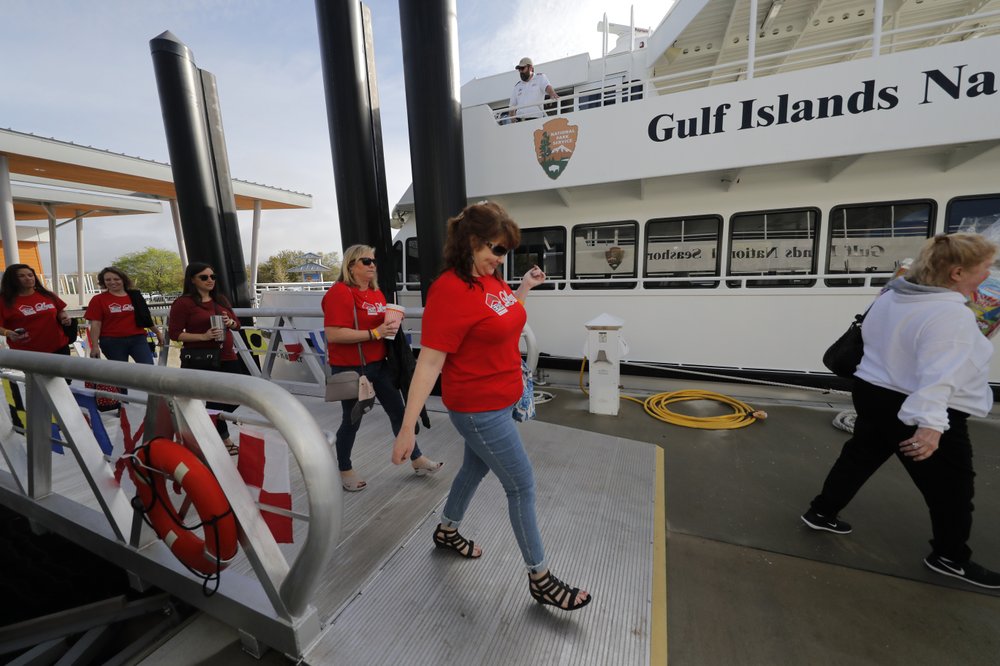 People board the “Turtle Runner” ferryboat, which transports people from downtown to the beaches, and was funded with money from BP due to the Deepwater Horizon oil spill, in Pensacola, Fla., March 13, 2020. (AP Photo/Gerald Herbert) 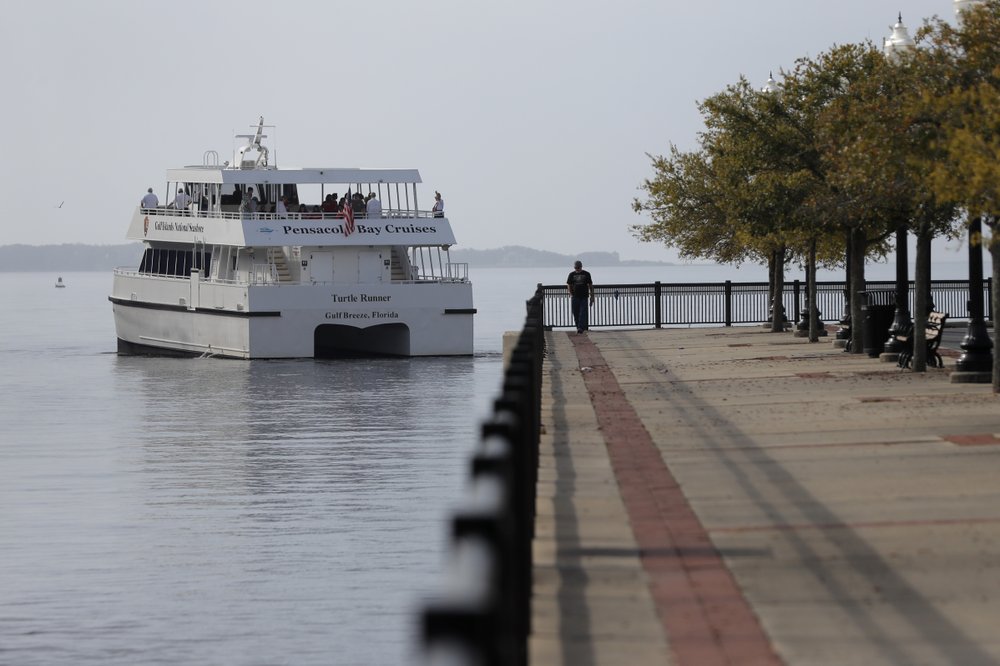 The “Turtle Runner” ferryboat, which transports people from downtown to the beaches, and was funded with money from BP due to the Deepwater Horizon oil spill, leaves dock in Pensacola, Fla., March 13, 2020. (AP Photo/Gerald Herbert)

The seashore project represents a post-spill theme regionwide: Residents say there’s more attention than ever to protecting a marine environment that drives the coastal economy and feeds millions of people.

“People are definitely more aware. They see the relationship between the environment and the economy,” said Matt Posner, who manages the spill restoration program in Escambia County, Florida. “It wasn’t like a hurricane, where it was in here and out in 24 hours. It was a constant, grueling 90, 120 days that just never stopped.”

In Louisiana, much of the work restoring the eroding coastline is funded by BP money, including an $18.7 million project to expand Queen Bess Island, a once-shrinking nesting spot for pelicans and other seabirds. The state of Texas purchased about 2,000 acres of land for conservation with $4.4 million in oil-spill money to guarantee the area isn’t developed.

Different places had different needs before and after the spill, officials across affected states agree, and hundreds more projects are in the works with the billions of additional dollars BP is bound to provide. Among them: Florida sewer improvements, more Louisiana island restoration, an ecological learning center in Alabama.

Tony Kennon, mayor of Orange Beach, said as devastating as the spill was, people now understand the importance of keeping the water clean. And the cash that followed changed everything, he said.

“Once we got through the initial crisis and cash-flow crunch, and money started flowing in, we were able to do things that we probably would not have been able to do,” he said.